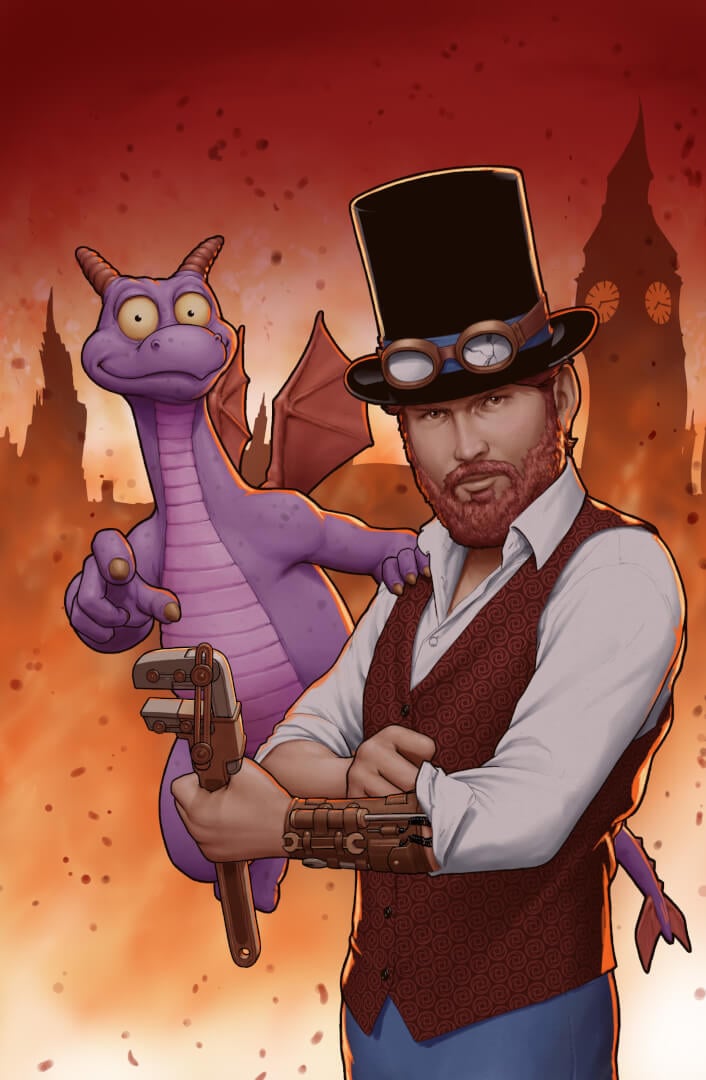 As Marvel’s “Figment” comic series begins to wind down, we’ve received a first look at its final issue, Figment #5, due out October 1, 2014 – the 32nd anniversary of the original opening of the Journey Into Imagination ride at Epcot from which this comic was inspired.

Within five work-in-progress black-and-white pages from artist Filipe Andrade is the reveal of Dreamfinder’s famous aircraft, the Dreamcatcher. It was this vehicle that first inspired the look of the comic series.

“When the Imagineers, writer Jim Zub and myself first started discussing the look and tone of the series, it was a shared photo of the Dreamcatcher that lit the light bulb above our heads,” said Figment editor and Marvel creative director Bill Rosemann. “The unique combination of the gears, tubes and machinery pointed us towards a fun steampunk aesthetic that would be authentic to the original Journey Into Imagination attraction. And now Dreamfinder’s iconic invention leaps to life for the first time in comic book form!” Figment #5 will conclude the second in the Disney Kingdoms series of comics, following Seekers of the Weird, which was recently released in its entirety in a hardcover book.

The next Disney Kingdoms title will be announced soon.

Elements based on Figment © Disney