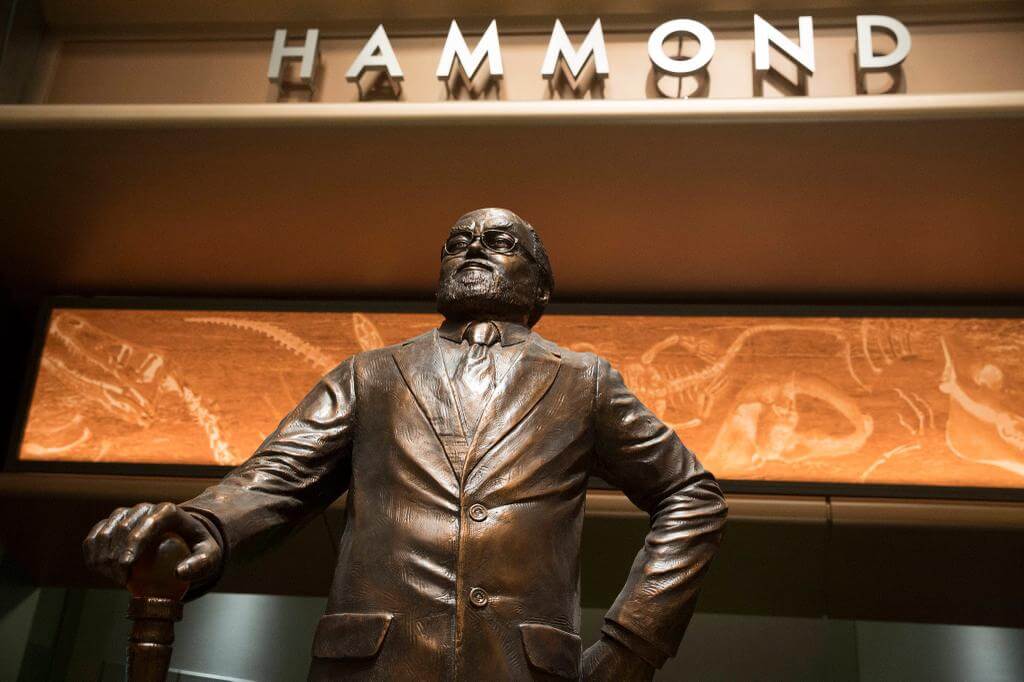 Following the weekend’s sad news of the passing of 90-year-old actor Richard Attenborough who famously played John Hammond in “Jurassic Park” a tribute piece of the upcoming fourth film in the franchise has been revealed.

Today “Jurassic World” director Colin Trevorrow tweeted a photo, presumably from the set of the film, of a bronze statue of Hammond with the caption “In Memoriam.” The statue certainly has a bit of a familiar vibe, a la the Walt and Mickey “Partners” statue in Disney’s theme parks. And it’s a fitting tribute to the late actor.