As Teenage Mutant Ninja Turtles took over movie theaters nationwide this past weekend, Nick Hotel in Orlando held its own special event gathering more fans dressed in TMNT gear than ever before.

The previous record for most people dressed as Ninja Turtles in one location was 836 people at Mall of America in Bloomington, Minnesota, set on March 17, 2012. But this weekend Nick Hotel broke it by a long way with 1,394 people.

All attendees were given a T-shirt and mask as the walked in to the hotel’s pool area. Characters also appeared – April O’Neil, Foot Soldier, and the four turtles.

A representative from Guinness World Records was there as everyone gathered by noon, ending with a countdown to mark the moment. A certificate was presented to the hotel to make it official. There’s no doubt Orlando has plenty of Turtle Power. 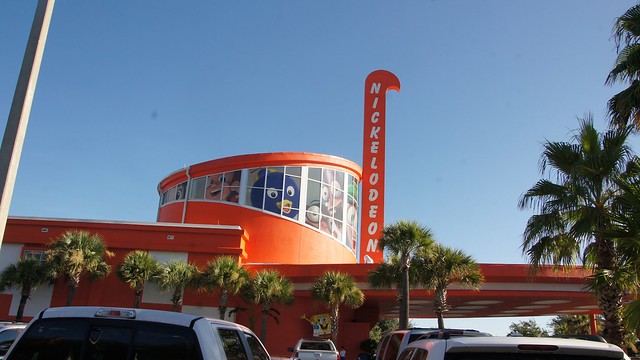 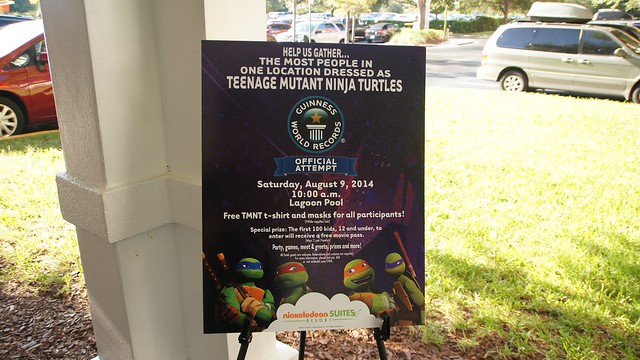 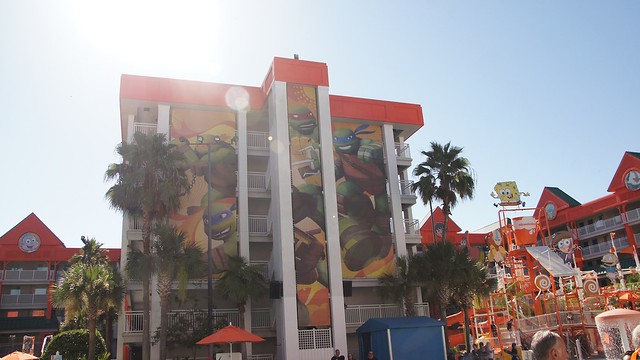 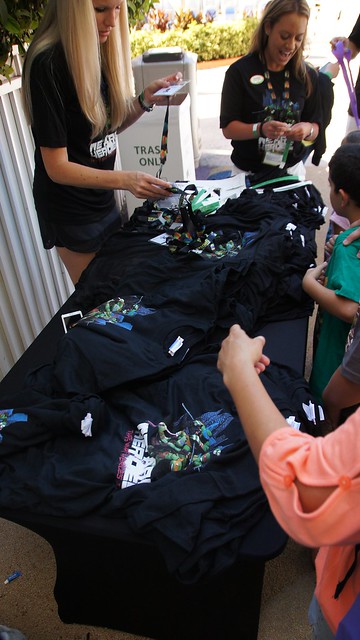 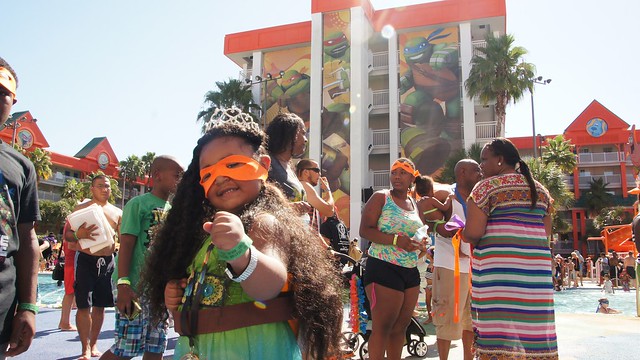 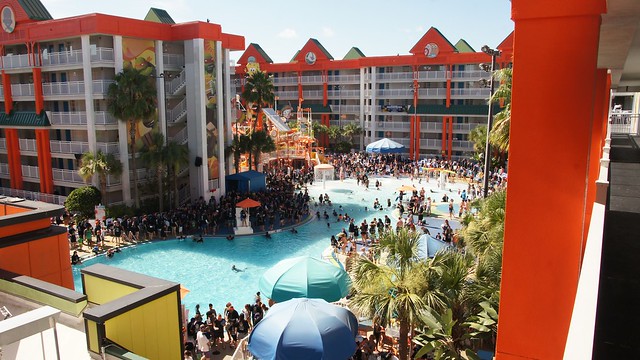 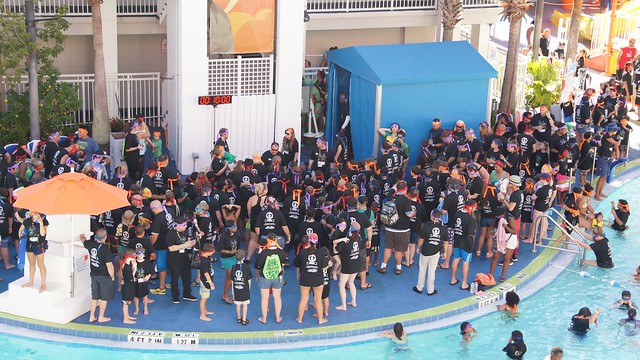 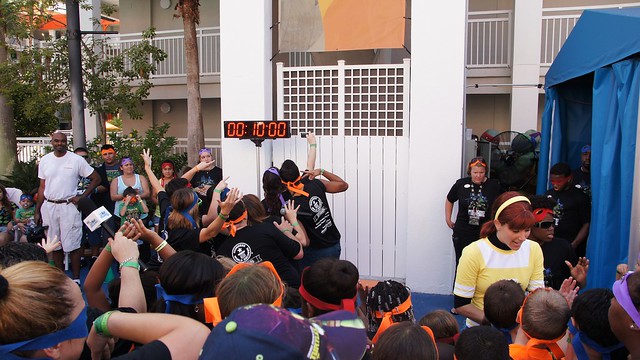 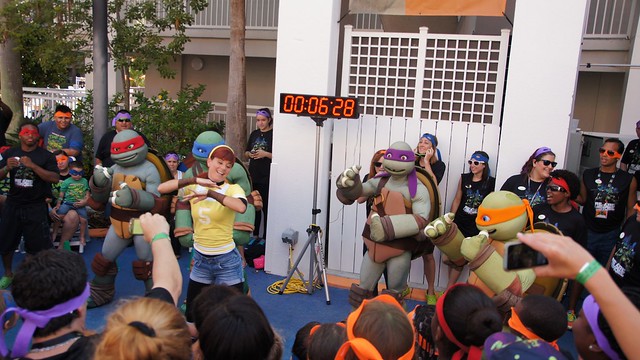 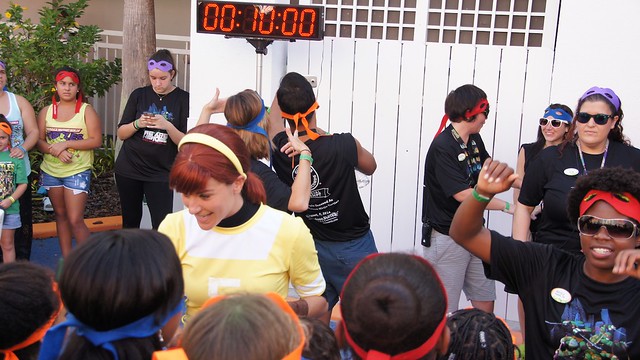 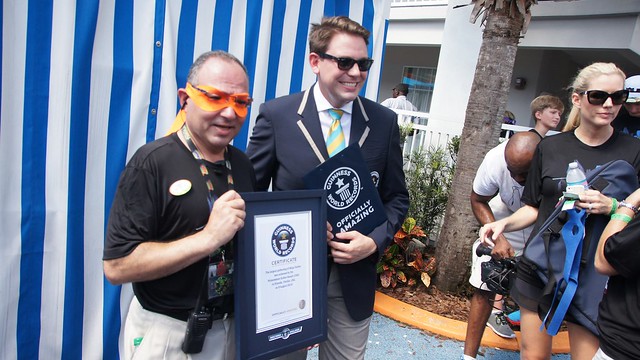 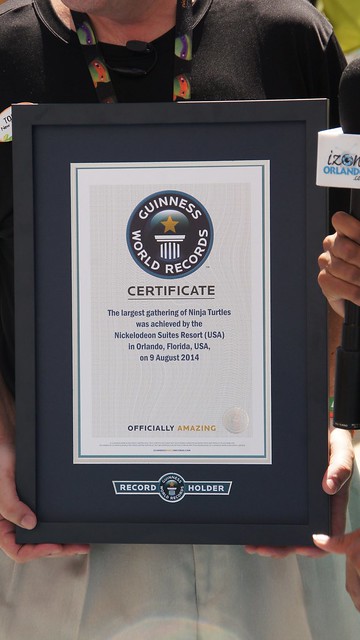 More photos from the TMNT record event at Nick Hotel:
(Photos and video by Daniel Andersson and Corinne Andersson)