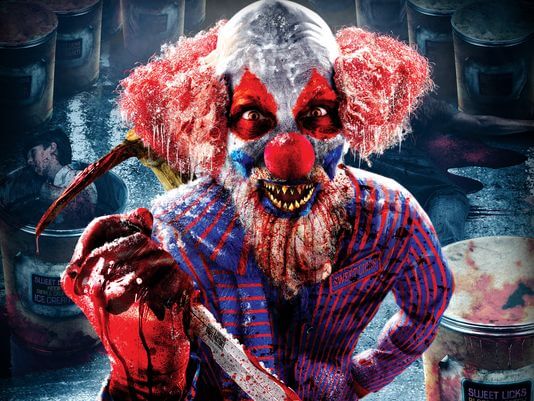 “I’m a HUGE fan of Halloween Horror Nights and was inspired to partner with Universal Studios Hollywood because they are the founders of creating extreme horror,” Slash said in a release. “I’ve been composing music for as long as I can remember and jumped at the chance to be an integral part of this year’s event and create the original score for this creepy clown maze. I can’t wait to see the fans’ reactions and will be first in line to experience the maze myself.”

“It’s an honor to collaborate with one of the most iconic rock legends around,” said creative director John Murdy. “From the moment I heard Slash’s original composition for the maze, I immediately knew he got it, as the vibe and feel of his score are so right on. He captured the exact tone we were looking to convey to our guests.”