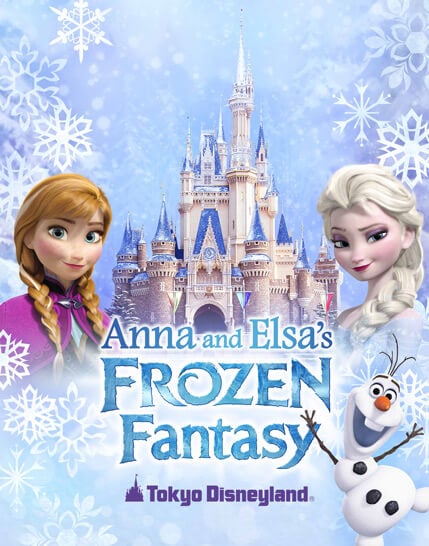 Tokyo Disneyland has announced a new “Frozen” celebration for 2015 including a parade, nighttime entertainment, and plenty of themed decorations.

For 67 days beginning January 13, 2015 continuing through March 20, Anna and Elsa’s Frozen Fantasy will take over Tokyo Disneyland. The nighttime entertainment “Once Upon a Time” castle projection show will feature new scenes based on “Frozen.” Anna and Elsa will also appear in the daily parade as “Let It Go” blasts through the park.

Special menus and merchandise will be featured throughout the event, along with snow and ice crystals to bring to life the feeling of the film’s atmosphere.