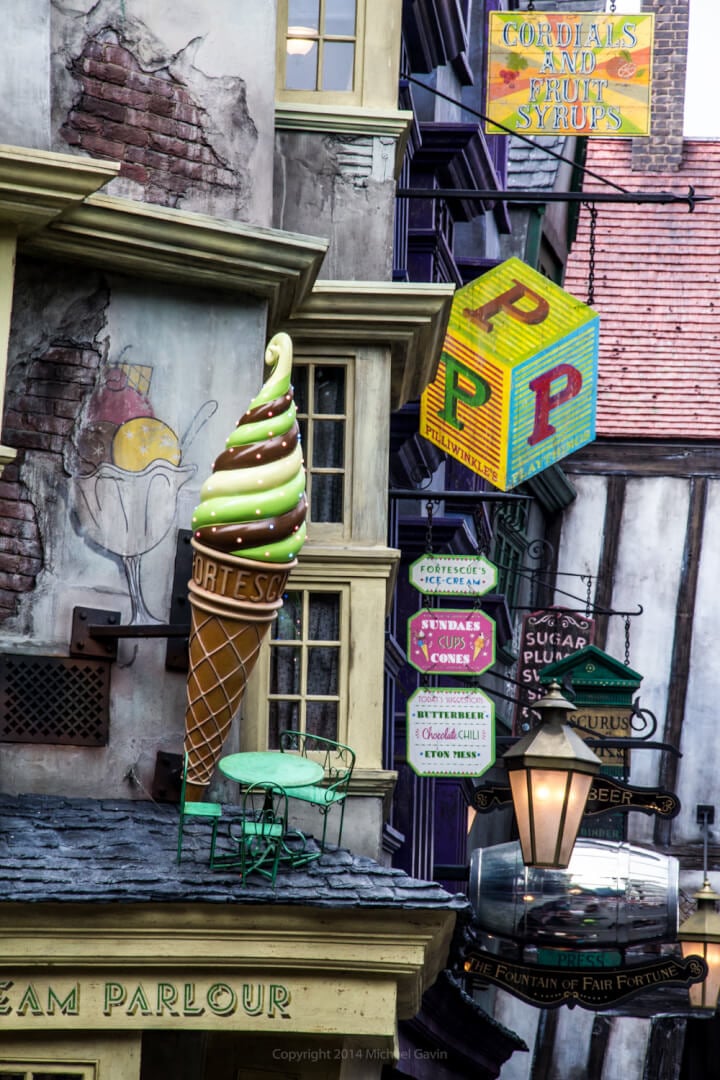 Since the Wizarding World of Harry Potter – Diagon Alley recently debuted at Universal Orlando, guests have been rushing around to ride the Hogwarts Express and Harry Potter and the Escape from Gringotts attractions, enjoy live performances, and watch the unmissable massive dragon breathe fire. Amidst all that excitement, it’s easy to overlook the incredible amount of small details each of the new land’s buildings, signs, and windows include.

Graphic design company MinaLima Design created much of the artwork seen in the “Harry Potter” films, so naturally their talents were called upon once again when Diagon Alley was being developed. The result is an astounding array of colorful artwork and imagery showcased throughout the new area, well worth stopping to appreciate around every corner. And beyond the graphic work, sculptures and statues can be seen just about everywhere in Diagon Alley as well. There’s even a graphic above the Shutterbutton’s shop that I like to pretend is a tribute to our little site here. (Read the text in white.) The photo slideshow below features more than 400 images focusing solely on the details of Diagon Alley, photographed across many hours spent throughout multiple days in the Wizarding World since its debut. While these details make for great pictures, they’re even better to see in person – one of the many reasons why Diagon Alley is much more than just a series of shops with one big ride. It’s a chance to explore an area rich with interesting and unique elements for those who take the time to take them all in.