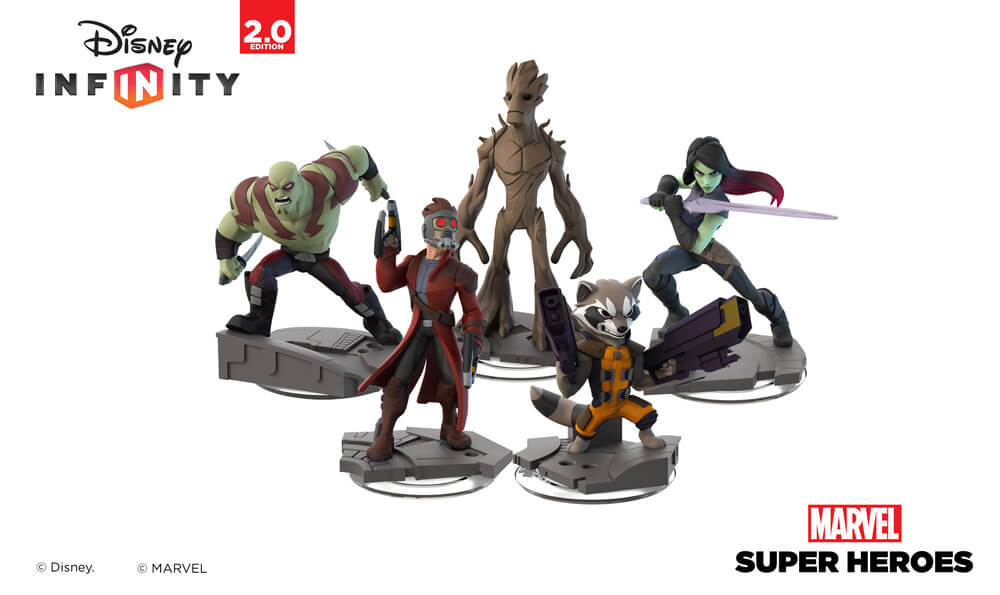 The Guardians of the Galaxy Play Set follows Star-Lord and his fellow Guardians as they arrive at Knowhere, having just stolen a powerful cosmic object from the villainous Ronan the Accuser. Players will guide the team as they race to protect Knowhere from Ronan and his attacking Sakaaran fleet while keeping their newly liberated item safe from the villain’s evil grasp.

Playable characters include Star-Lord, Rocket Raccoon, Drax, Gamora and Groot, as well as crossover characters Iron Man (from The Avengers Play Set) and Nova (from The Spider-Man Play Set). There will also be Guardians of the Galaxy themed Power Discs:
Space Armor – Unlock Gamora’s out of this world Space Armor costume for added protection against enemies. Who says fashion can’t be functional too?

Groot’s Roots – Theme out your Toy Box world with Groot’s Roots. It’s sure to grow on you!

The Guardians of the Galaxy Play Set and Disney Infinity 2.0 will be available in retail stores this fall.

Comments Off on Guardians of the Galaxy revealed for Disney Infinity: Marvel Super Heroes in new play set