Antojitos and Vivo Italian Kitchen both recently opened at CityWalk to great success and now Universal Orlando is already preparing the next two restaurants to open soon.

Hot Dog Hall of Fame will be the first, opening in late June or early July. It’s a concept developed initially as a test elsewhere in the country, now brought to full scale for the first time at Universal Orlando by restauranteur Steven Schussler, the man behind Rainforest Cafe.

The look and feel of Hot Dog Hall of Fame very much keeps baseball in mind, with servers wearing baseball uniforms and bleachers set up outside. 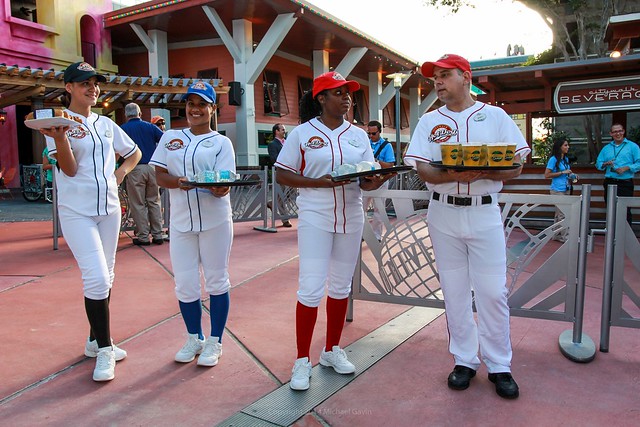 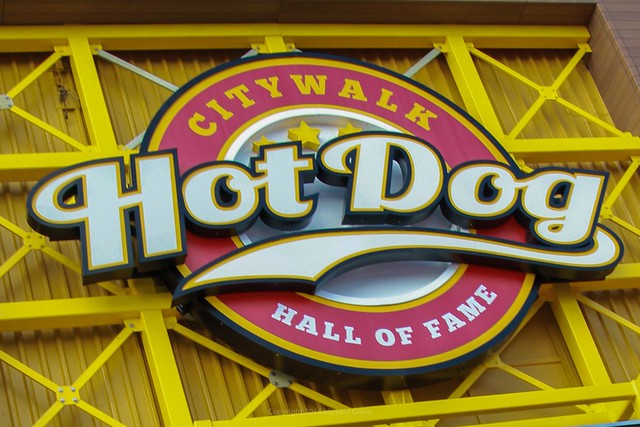 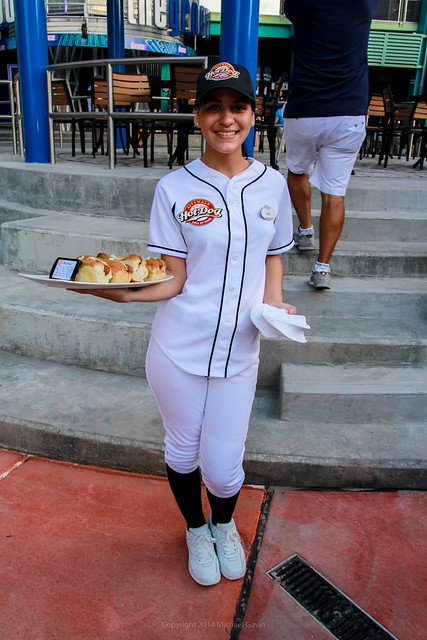 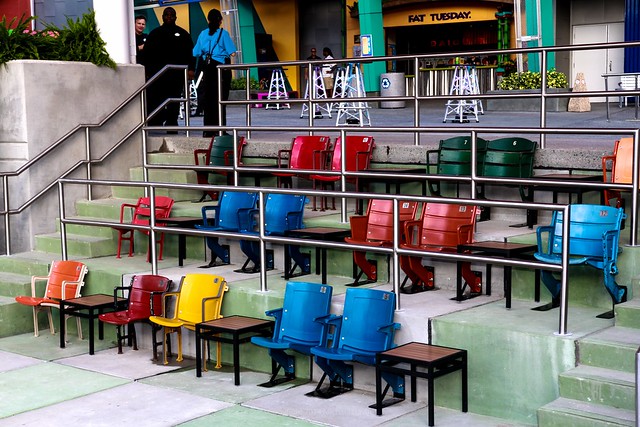 The food includes 9 different types of hot dogs (around $7 each, including chips) and a variety of beer. 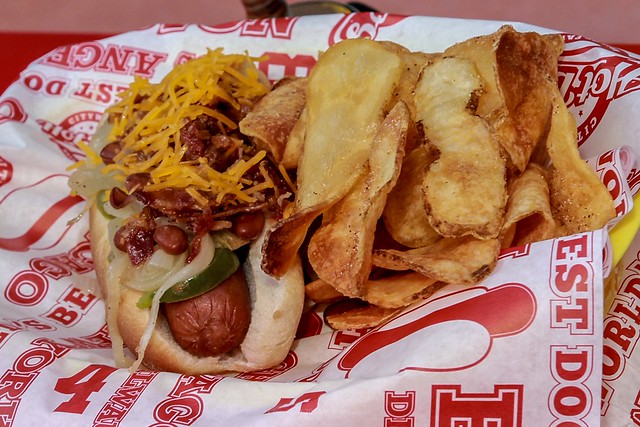 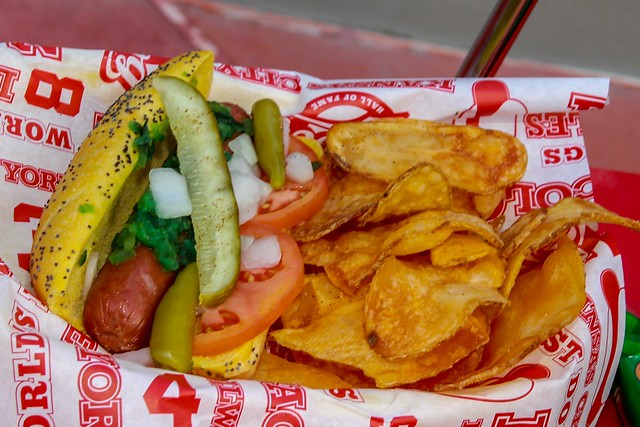 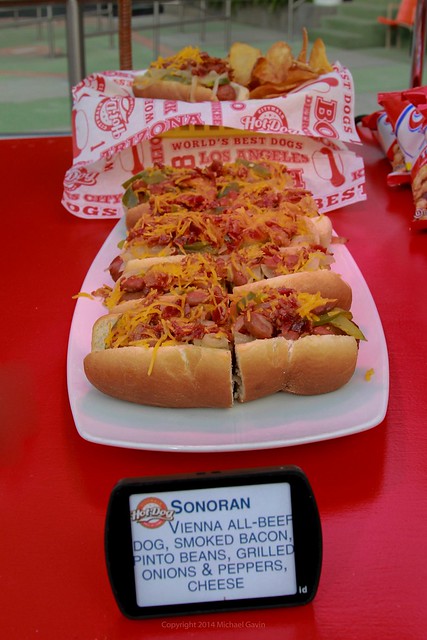 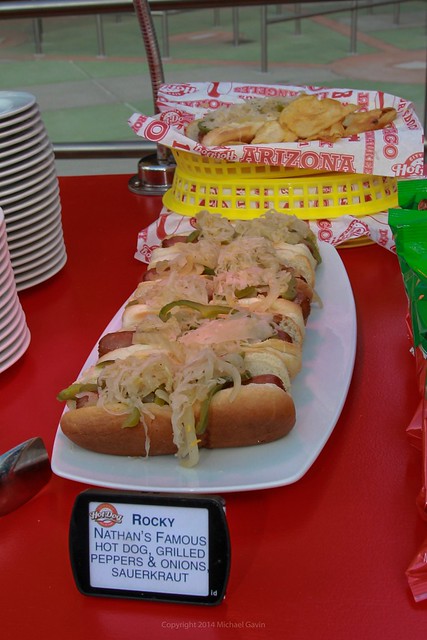 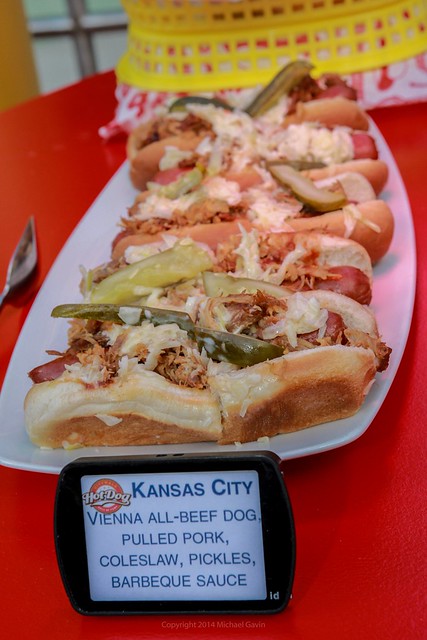 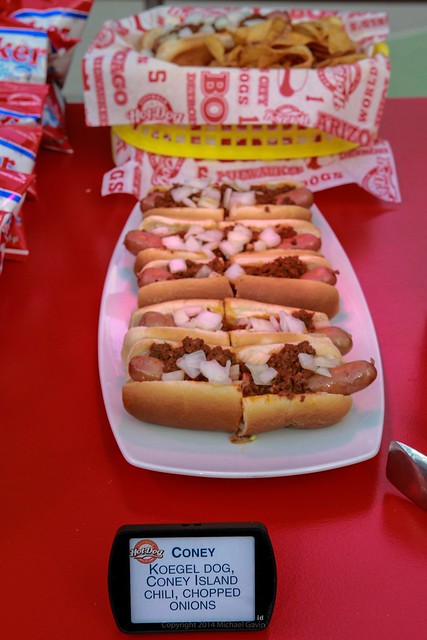 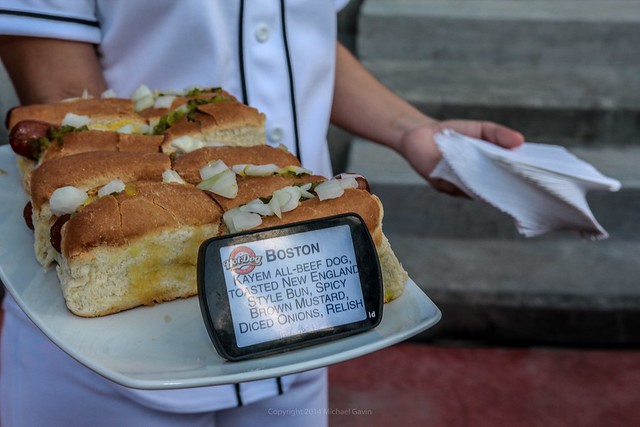 They will pride themselves on serving many different kinds of mustard but will absolutely refuse to put ketchup on any hot dog. Plenty of other toppings are available across the many styles. 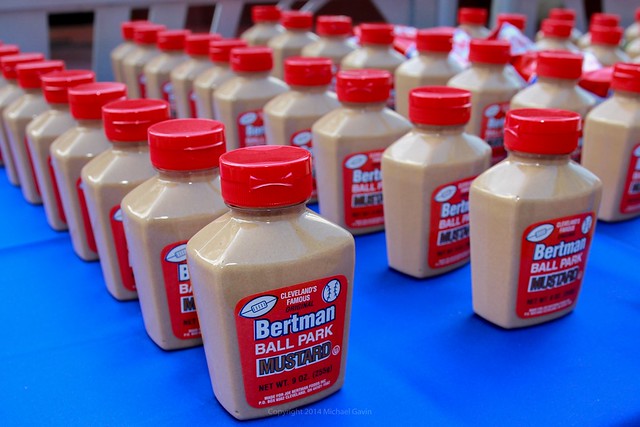 Visitors will also have an opportunity to take part in an activity called “Paint Your Own Weiner” by buying a white “hot dog” to add color to, shown off by Schussler below. 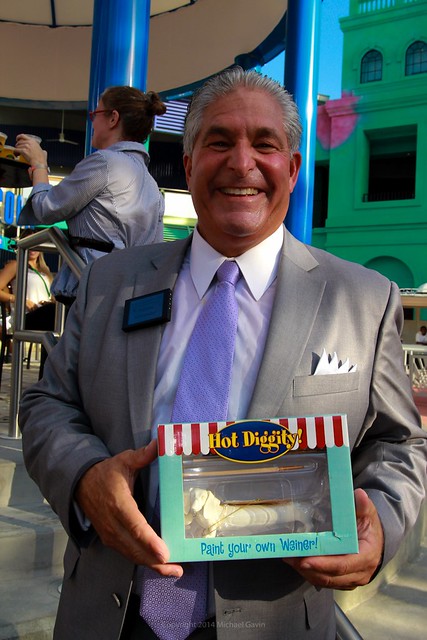 The other upcoming restaurant at Universal Orlando CityWalk is The Cowfish Sushi Burger Bar, a bizarre concept founded a few years ago when two side-by-side restaurant owners decided to combine their establishments. Cowfish has a reputation for serving both great burgers and great sushi, also known for its combo item called burgushi (they say it tastes better than it sounds). 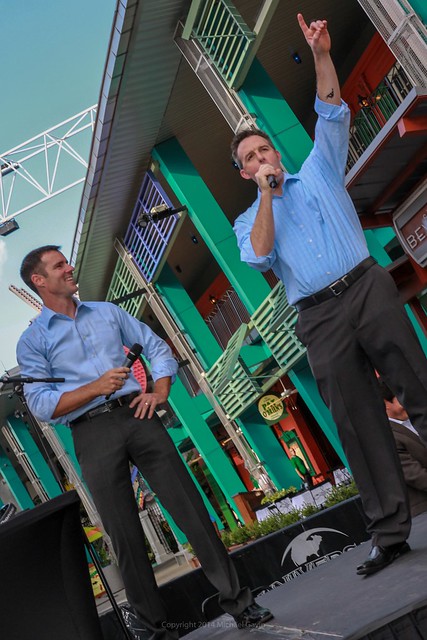 One unique feature at The Cowfish will be interactive touch screens that allow patrons to design their own sea creature and have it swim around in a virtual aquarium in the restaurant, a demo of which is seen below. 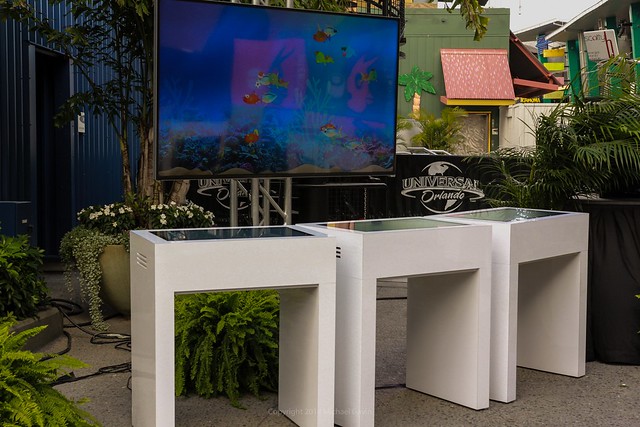 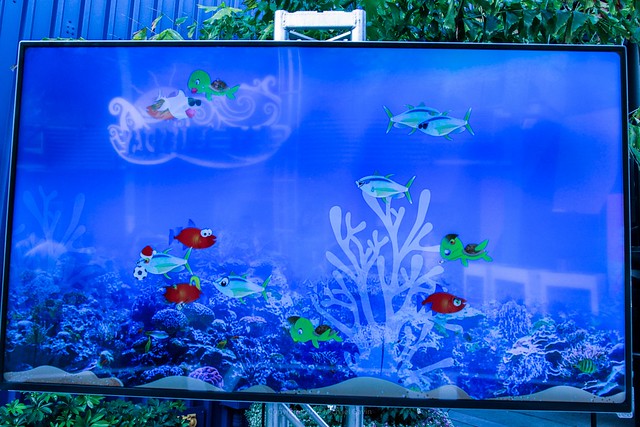 The Cowfish will open some time later this year. 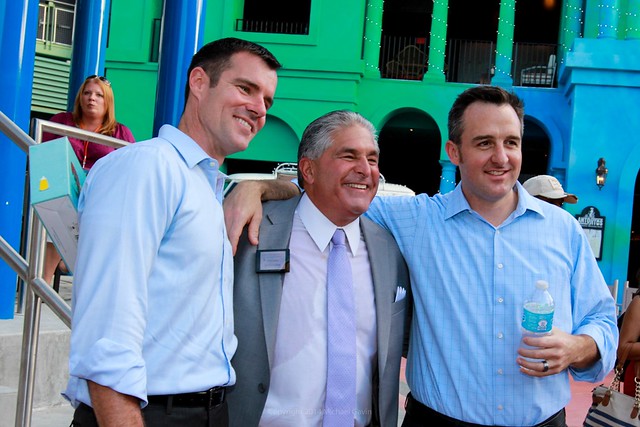