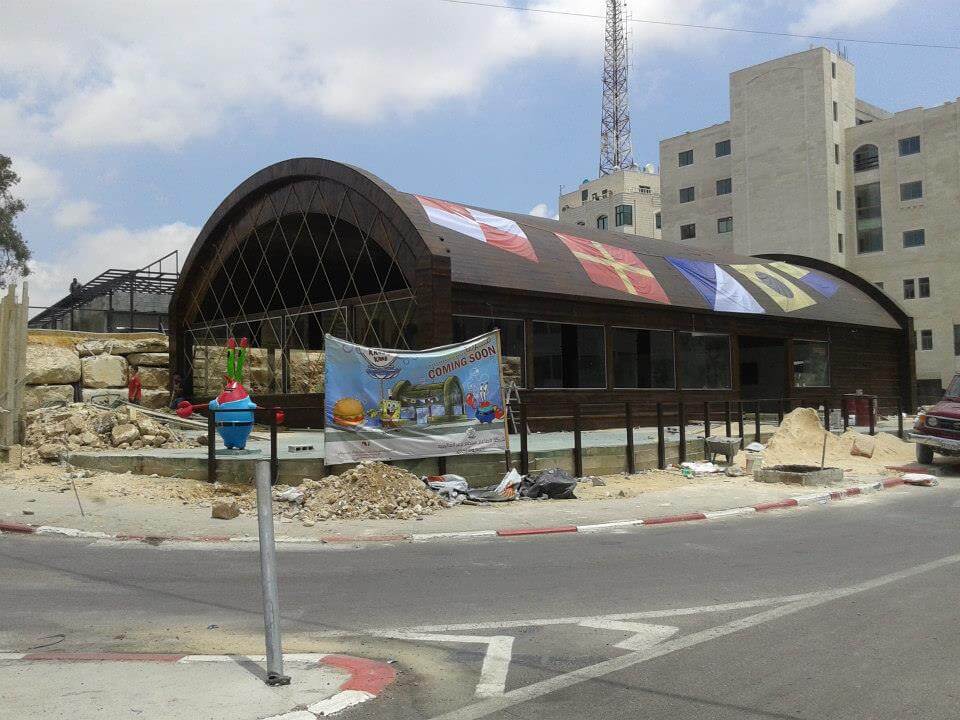 The famous place of employment for SpongeBob SquarePants is being made a reality in the Middle East. In the middle of Ramallah, West Bank, Palestine, the Krusty Krab is being built. Under construction since May, this real life Krusty Krab will serve fast food seafood, just like the undersea version in Bikini Bottom, as seen in the popular animated TV show. The details aren’t clear, but it’s safe to assume they’ll be serving Krabby Patties inside. It’s also not clear if this is an officially licensed restaurant or if it’s simply being built independently.

The Springfield addition to Universal Orlando based on eateries from “The Simpsons” has certainly been successful, and it’s surprising that the theme park hasn’t built the Krusty Krab, given that they already prominently feature SpongeBob. Unless that day comes, SquarePants fans will need to travel overseas to see Mr. Krabs’ establishment in person.

No opening date has been announced for the Krusty Krab.

Comments Off on Real life Krusty Krab being built in the Middle East, bringing SpongeBob seafood to the surface