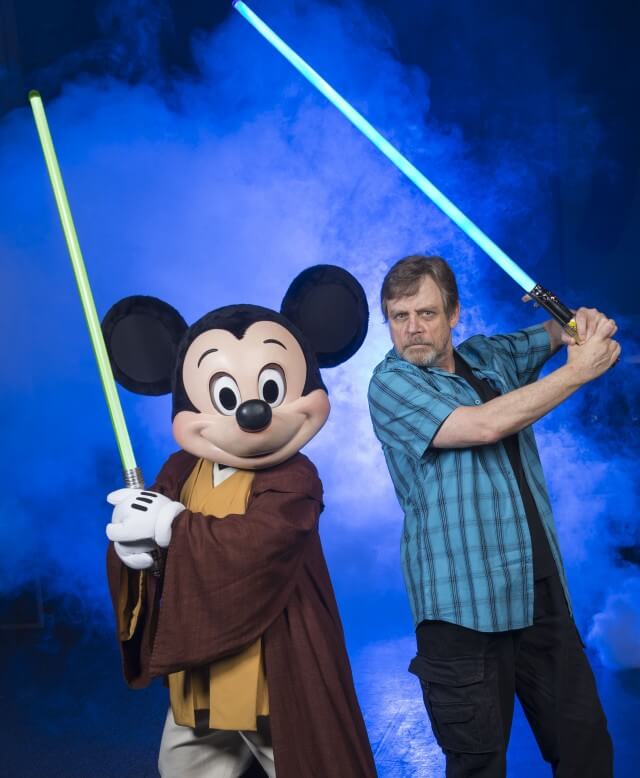 Disney has released a photo of actor Mark Hamill posing with Jedi Mickey – both with lightsabers in hand. Hamill, of course, portrayed Luke Skywalker in the “Star Wars” films and will be appearing June 6-8 at Star Wars Weekends at Disney’s Hollywood Studios, the first time he has attended the event in its 17-year history. Disney has shared a behind-the-scenes look at the making of this photo, including a few words from Hamill himself: