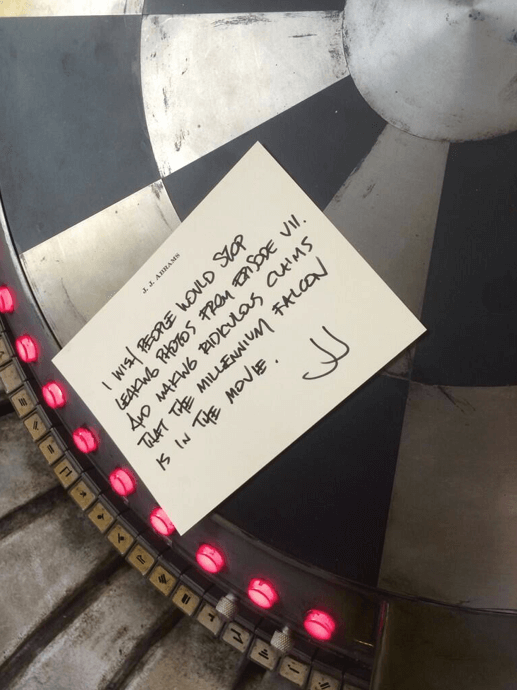 This week the Internet flew into a frenzy as leaked set photos from “Star Wars: Episode VII” were published across many web sites appearing to show the franchise’s famous Millenium Falcon under construction.

Now director J.J. Abrams has publicly responded, via his production company’s Twitter account, with a bit of humor. 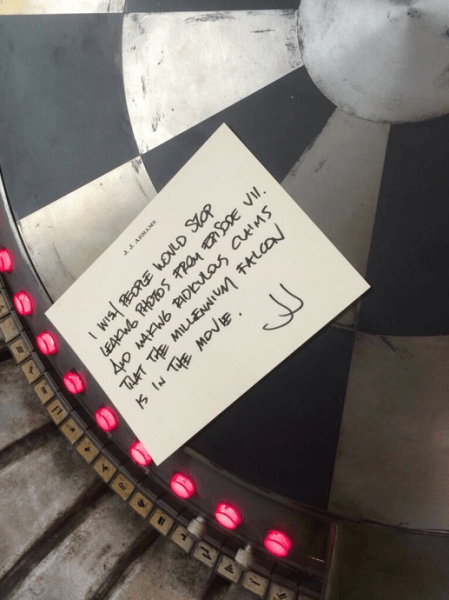 “I wish people would stop leaking photos from Episode VII. And making ridiculous claims that the Millenium Falcon is in the movie.” – JJ

The irony of his comments is found in the background of the photo, immediately recognizable to “Star Wars” fans as the board for Dejarik, the holographic game played aboard the Falcon in the films.

The photo all but confirms the Millenium Falcon will indeed be in the film, but that isn’t the point.

The response shows that J.J. has a sense of humor, but still doesn’t appreciate their work on maintaining the “Mystery Box” surrounding the production of “Episode VII” being thwarted by spy photos.

There is no link to the leaked set photos in this article because I personally agree. Is the world so impatient that we need to see sets still under construction and spoilers a year and a half before the film is released? Can’t we simply wait and enjoy the movie when it does come out, rather than knowing all the details in advance?