Hamill recounted his time shooting the original “Star Wars” trilogy, answering questions submitted via Twitter and talking about his favorite and least favorite parts of that universe. And yes, Episode VII was mentioned – briefly – but only at Taylor’s insistence.

Hamill didn’t have anything new to share about the film, other than confirming that he is indeed growing his beard for it. (He said he’s been growing it since that famous table read that reunited the cast.) 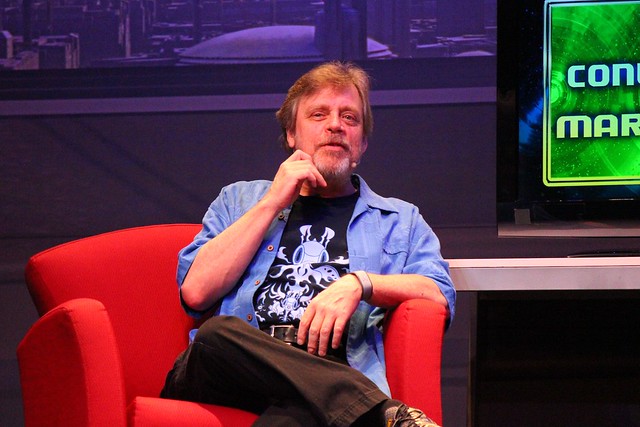 The most important takeaway from this conversation was Hamill urging fans to stay away from Episode VII spoilers. He begged everyone to ignore the leaks and just enjoy the film when it comes out on the big screen next year. “It’s mostly so we can maximize your eventual enjoyment of the picture,” said Hamill, addressing the audience. “And we want you to see it at the movies, not on the Internet.” 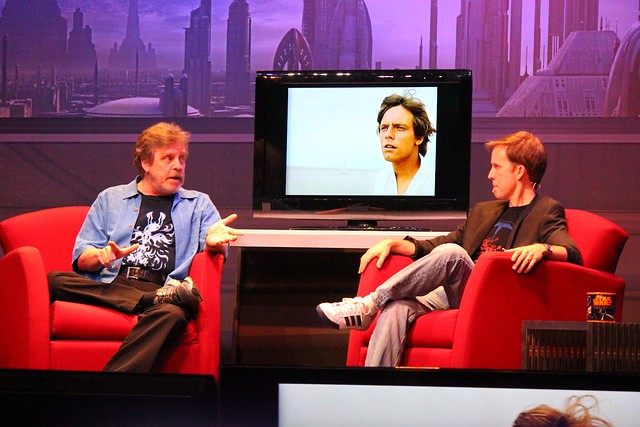 “There are blue meanies out there that are going to try to show you every creature and, God knows, they’ll probably try and leak the script and put it online, so if I were I’d do [fingers in his ears] na na na na na,” Hamill added. “I don’t know about you but I’ve seen trailers where you go, ‘Oh, I’ve seen the whole movie.’ You want some suprises.”

In addition to portraying Luke, Hamill’s work includes providing many a voice for animated TV shows and video games including, most notably, the Joker for “Batman: The Animated Series” among others. During the discussion, he launched into quite a few hilarious imitations of Harrison Ford, Alec Guiness George Lucas, Frank Oz / Yoda, Alan Arkin, and others. 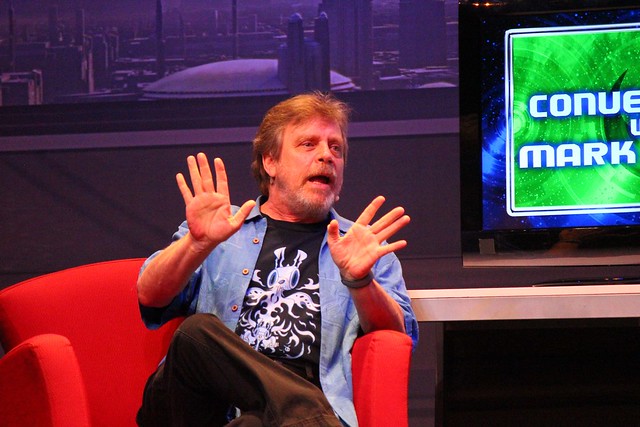 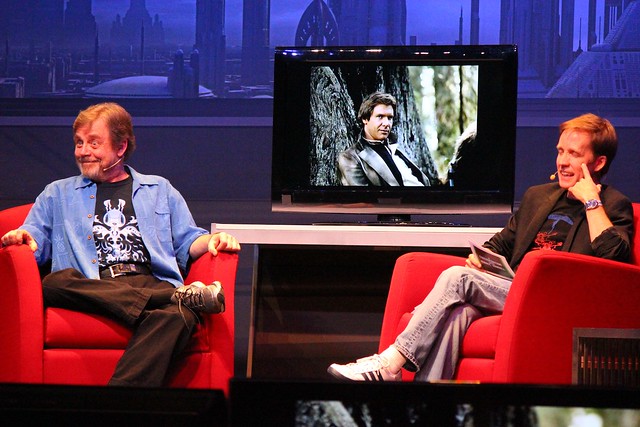 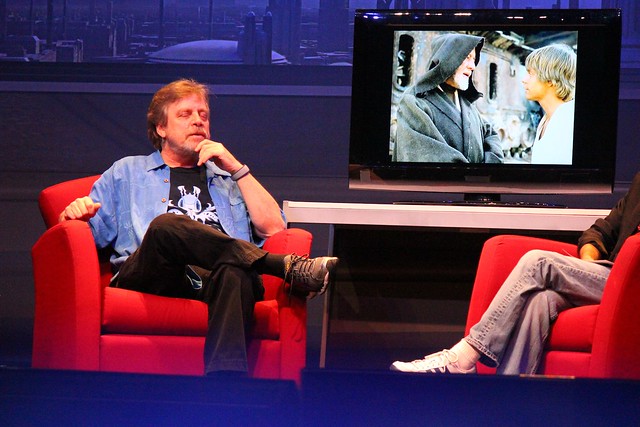 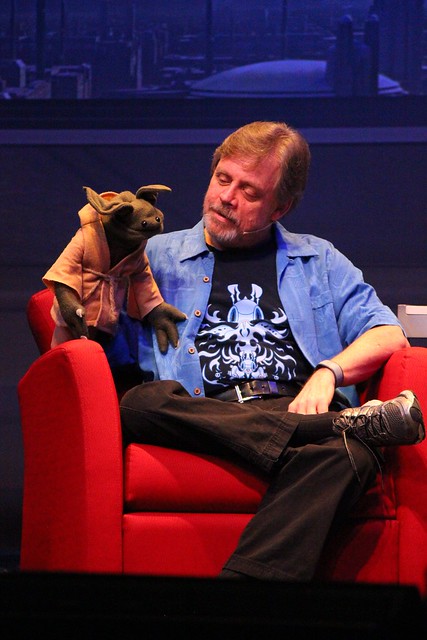 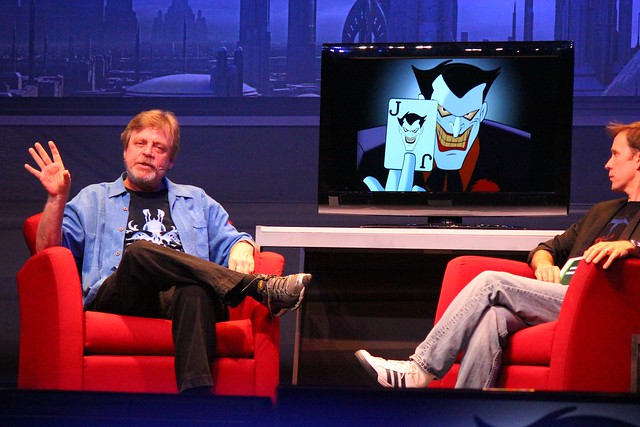 In a bit called “Inside the Ackbar’s Studio,” Hamill admitted he would have been interested in playing Darth Vader and Han Solo but would not exactly have jumped at a chance to be Princess Leia, of course. His favorite “Star Wars” word is Wookiee and his least favorite “Star Wars” sound is the one the Wampa makes when Luke slices him. 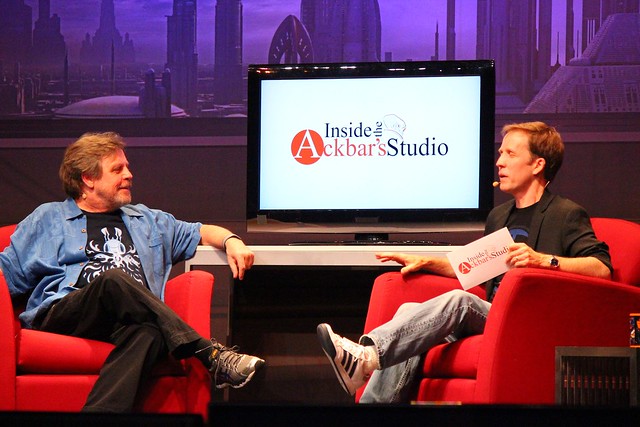 Hamill is particularly proud of his work with Frank Oz and Yoda. He was originally worried that playing opposite a puppet could land his career in the world of the Muppets for good, but admits ultimately others have credited his own honest acting with Yoda’s believability. 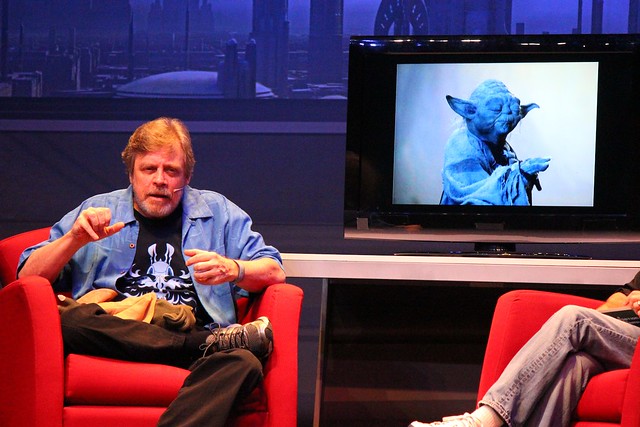 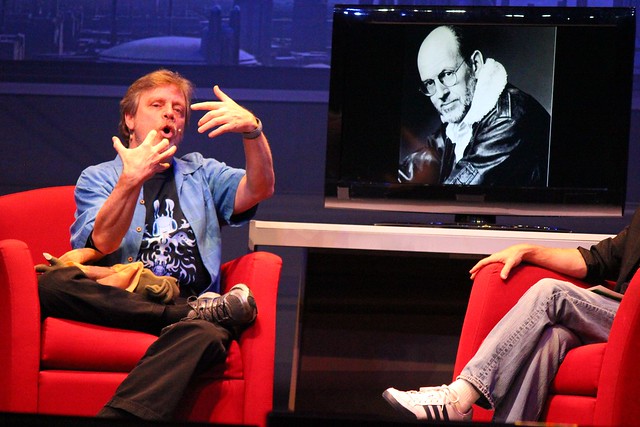 On a lighter note, Hamill also added that the famous swing with Leia in his arms was only filmed once from multiple angles, which he was greatly disappointed by as he wanted to try it again and again. So they let him, minus Carrie Fisher, swing around the set for a while just for fun. 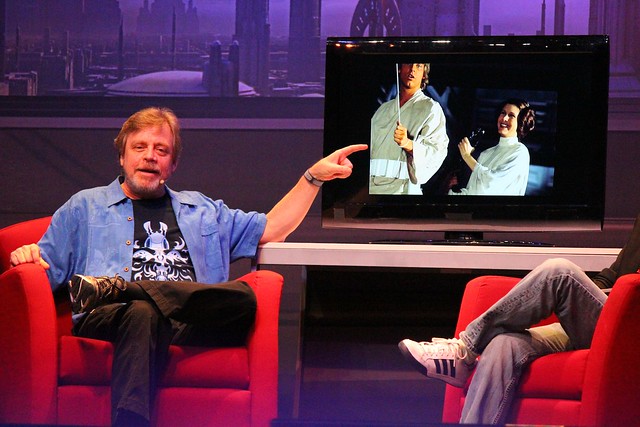 Mark Hamill will appear again at Star Wars Weekends on Saturday, June 7 and Sunday, June 8, first in the celebrity motorcade then in his “conversation” presentation. Guests who haven’t already booked FastPass+ reservations should arrive to Disney’s Hollywood Studios early in the morning to obtain a wristband to enter the standby queue for the 3pm conversations.