A few months ago, Disney Infinity 2.0 was unveiled in Hollywood, Calif., shifting focus to Marvel Super Heroes. This week at the annual E3 video game convention, industry professionals and media finally got a chance to get their hands on this new addition to the Disney Infinity world.

Disney Interactive’s booth was a cityscape façade covered in ice-crystals, a reference to Loki’s evil plot in game’s Avengers-based play set. The popular booth consistently held a long line for attendees to take “Super Hero Selfies” and receive a pre-release game figure. In addition, plenty of kiosks were manned by Disney Interactive representatives to show off the game. 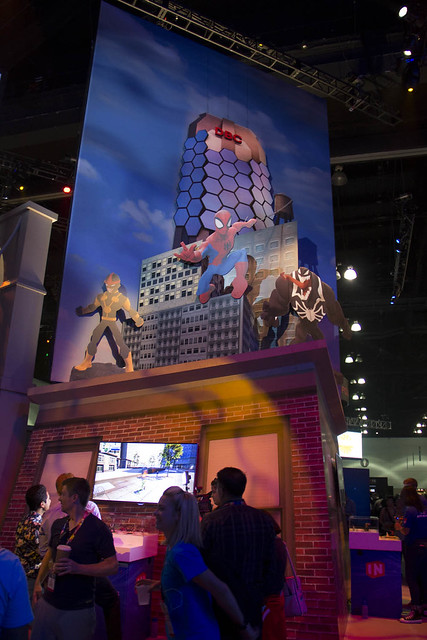 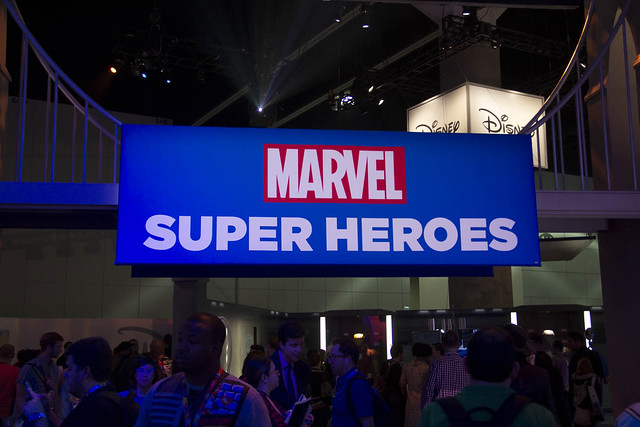 After playing the game for at least thirty minutes at the show, I got a good sense of what Disney Infinity 2.0 is all about. It’s clear the game designers have taken what players all loved about the original, added nice new features.

The video below offers a tour of the booth as well as chats with a few of the game’s developers showing off the latest gameplay – and hinting at a few pieces yet to be announced.

My favorite addition to the world of Disney Infinity is flying. Iron Man, Thor, and Nova (a recently-announced character that comes in the Spider-man play set) all take to the skies, what we all hoped Buzz Lightyear’s Jetpack would do in the original. The controls are a little tricky at first, but once you get used to it you’ll be zooming up, up, and away (sorry, wrong franchise) in no time.

Equally enjoyable is the web-slinging action of Spider-Man. Avalanche, the game’s developer, has created the most satisfying swinging action I’ve ever played in a Spidey game. It’s very intuitive. No aiming. It does the work for you, but still feels like you are in control. And no need to worry about heights – Spider-Man can swing from anywhere, even above the buildings. Sure, it doesn’t make logical sense, but the world of Disney Infinity is a toy box world. It doesn’t have to make sense. It works and is delightful. The Avengers play set is quite impressive, if only for its size – a city four times as big as The Incredibles world, the biggest from the original Disney Infinity. One could easily get lost in the city if not for a handy on-screen map with very clear indicators of where to go.

The Spider-Man playset is set in a different city, similar at first glance to The Avengers play set. Spidey fights little mutated creatures that bare a strong resemblance to Venom, another character newly introduced to the franchise. 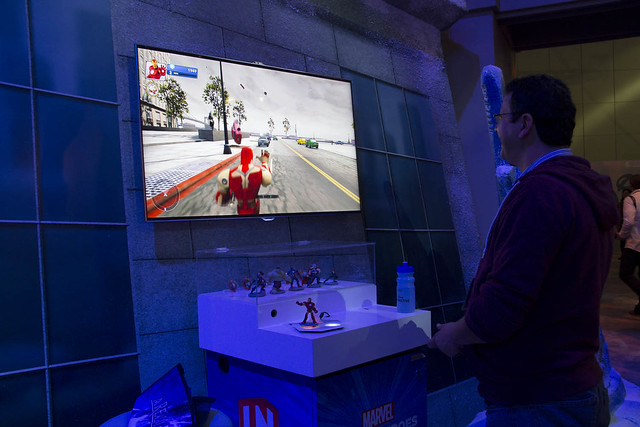 Disney Infinity 2.0 adds great new power discs, the best of which is the ability to call in special characters to help during battles. I got to test out Iron Patriot, who ended up killing most of the bad guys before I was able to get to the fight. This could be helpful later in the game, but early on I wanted to get in on the action.

Another set of new power discs change the appearance of playable characters via different costumes. My favorite one changed Spider-Man’s suit to black – a simple addition but fun.

Developers on the show floor went on and on about the skill trees added to the game for each of the characters. I’m not a hardcore gamer, but when I do game, I want to hit the ground running. I’m not personally wild about leveling up my character and determining his or her skills. In fact, I was one of the players who “cheated” to level up my characters for the first round of Disney Infinity, so I’m not terribly excited about the skill tree. But those wanting more thorough control of how characters evolve during gameplay will find it to be a welcome addition, far more complex than the simple mechanisms and few upgrades found in the first Infinity.

I liked what I saw with improvements and additions to Toy Box mode in Disney Infinity 2.0. Tree Houses are really fun to build and the Creativi-toys are much easier to use. Pre-made game mats with all the toys you need for creating various types of games are pre-programmed, revolutionizing the way gamers play in the Toy Box. Previously, it felt like gamers had to be programmers to really utilize all the customizable aspects. Now, with Infinity 2.0, the work is done for you, but without removing the freedom to manipulate the pre-built sets or even start from scratch. The addition of auto-builders has the potential to take the fun out of Toy Box mode, telling it to just go build a castle. But if I were building a giant world with a dozen castles, it could be helpful to want a few of them to be pre-built. And since players can always modify whatever the auto-builders create, it can simplify the process without oversimplifying.

One final exciting element new to Disney Infinity 2.0 is the ability to build indoor rooms. They weren’t demonstrating this element at E3, but the Disney Interactive booth had doors you could walk through to illustrate the concept, including an area decorated the way a player will be able to decorate their room, complete with a Mr. Toad painting and Aladdin wallpaper. 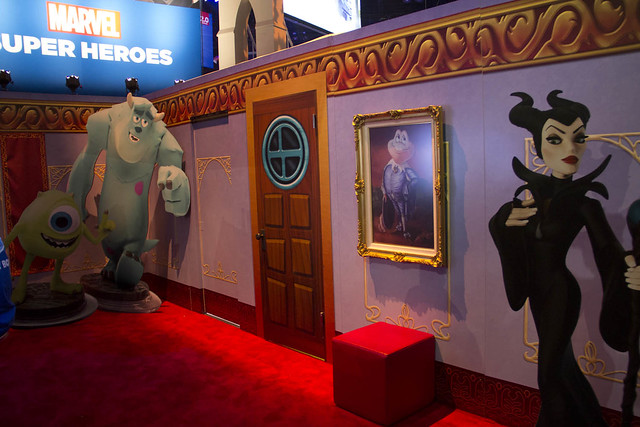 Doors can lead to extremely large rooms, almost like a magic portal. The size is not related to the building or object the door is attached to. I can’t wait to build the T.A.R.D.I.S. in Disney Infinity 2.0.

Players can string together an infinite number of Toy Boxes by linking them to indoor rooms. You can leave one Toy Box and go in a room. Then inside that room, another door leads to a completely different Toy Box. Infinity indeed. As far as the non-Marvel elements to Disney Infinity, there wasn’t much to see. E3 was mostly about showing off Marvel Super Heroes. Maleficent and Merida figures were there. And they were revealing a few non-Marvel power discs, such as Darkwing Duck’s motorcycle, the Ratcatcher. (I did ask if we could expect any Disney Afternoon action figures. Of course, the developers I asked could not announce anything, no matter how much I prodded.) 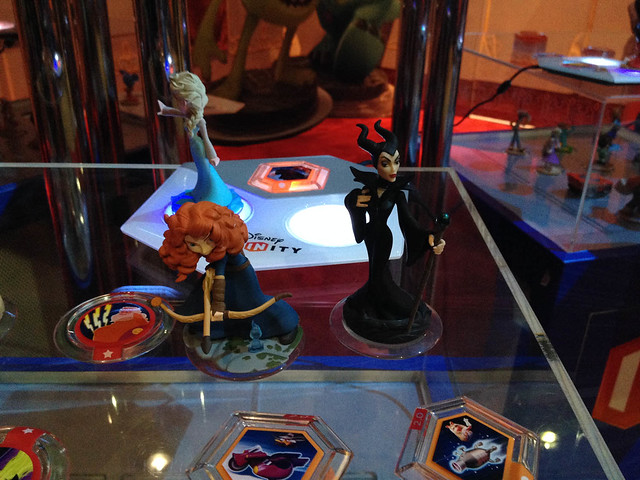 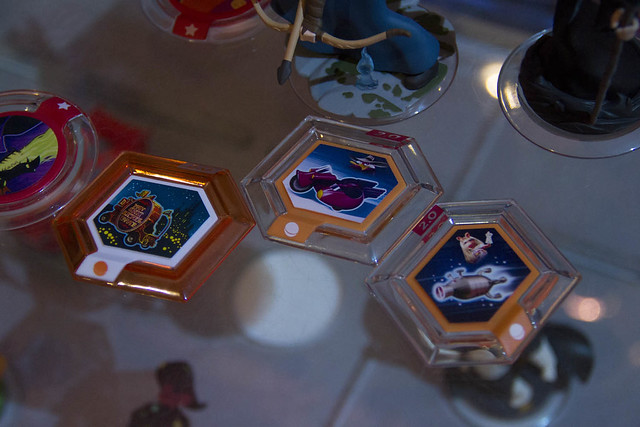 There will be more announcements in the coming weeks and months regarding other Disney properties to be featured in Disney Infinity 2.0. It’s definitely not just Marvel.

Awkwardly placed next to the Disney Infinity booth was Activision’s booth, showcasing their upcoming Skylanders Trap Team game. Activision made the toy-to-life genre popular via Skylanders, so it’s interesting to watch how their game evolves alongside Disney Infinity. 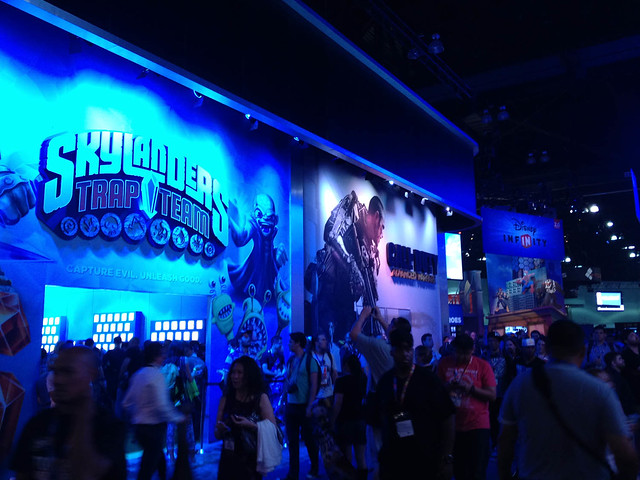 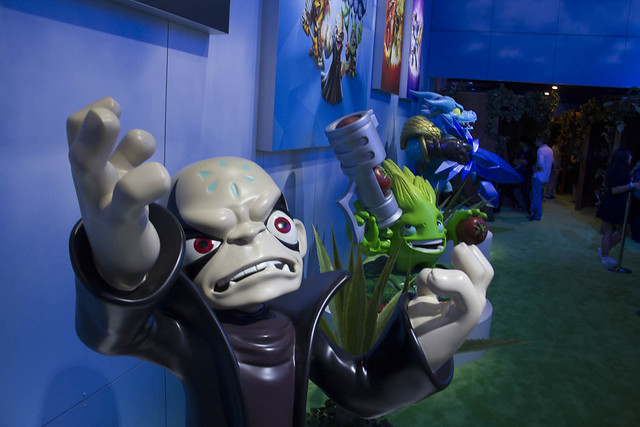 From the 10 minutes I spent playing Skylanders, I didn’t see too much of a surface difference with Trap Team. The new elements added are little traps used to imprison bad guys and then use them later on in the game. An amusing new feature is that the game’s new portal has a speaker in it allowing the baddies speak to you from inside the trap. Traps also add a new type of item to purchase beyond the many new Skylanders figures. 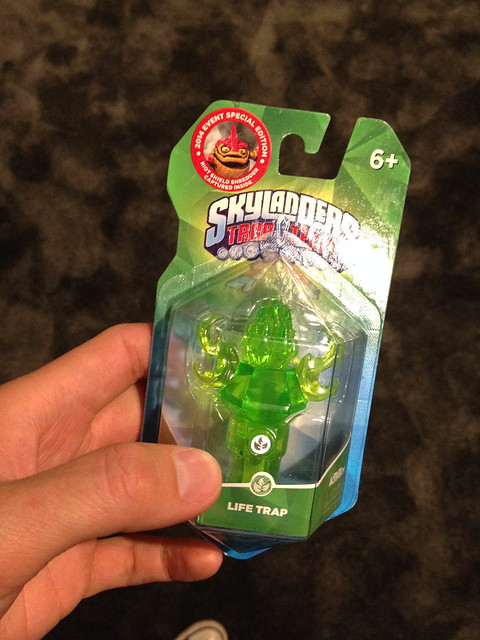 While there are plenty of enhancements made to the latest Skylanders, it’s hard not to look at what Disney’s doing with big IPs like Marvel plus Infinity’s new functionality and think the most innovation is happening in Disney’s camp. It doesn’t mean Skylanders isn’t also fun, though. The games really have different feels to them.

Nintendo is now also a newcomer to the NFC (near field communication) game, having just announced “amiibo” figures. Their new action figures, ranging from Mario to the Wii Fit Trainer, will work with the Wii U and the 3DS. Initially only used for Super Smash Brothers, the figures will be compatible with a slate of new games coming in the near future, including Mario Kart 8. 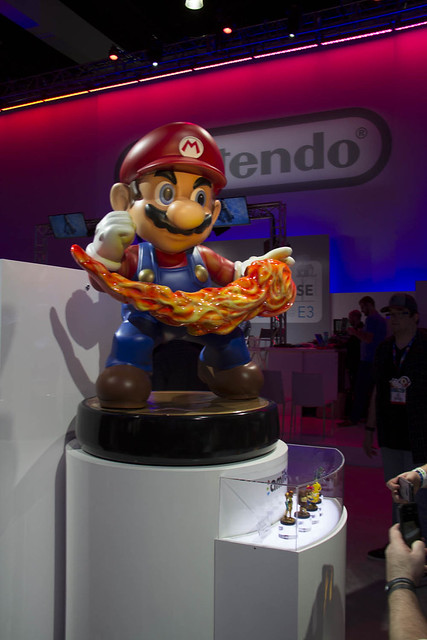 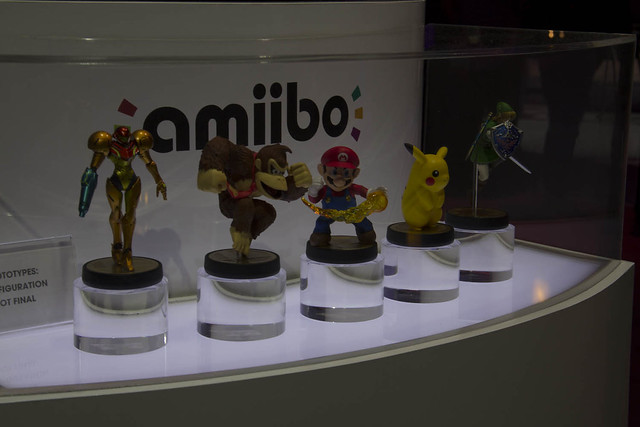 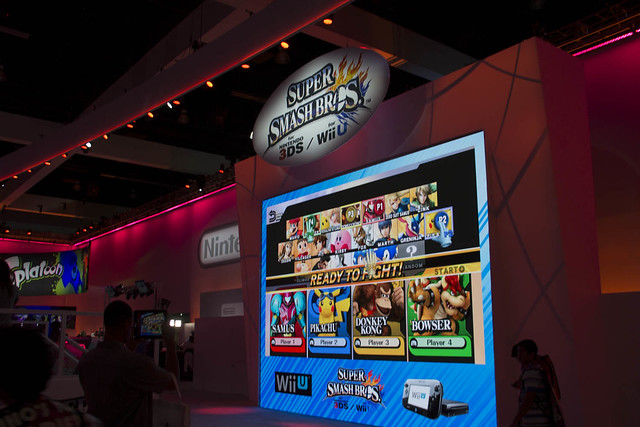 It’s a bit too early to tell what affect (if any) amiibo will have in competition with Disney and Activision, but it’s well worth watching. Nintendo’s take is a bit different than the others, having their figures work across multiple games rather than just one. And with Nintendo’s long history of fan favorite characters, there’s no doubt amiibo will attract a lot of attention from gamers and collectors alike.

Disney Infinity 2.0 is set to release in early Fall 2014. Skylanders Trap Team releases in October 2014. The amiibo figures are still very early on, with only prototypes shown at E3 and no release date given.

Can the others compete with Marvel superheroes? My personal prediction: Disney Infinity 2.0 will win the day.