Star Wars Weekends 2014 kicked off at Walt Disney World this week as excited fans flocked to Orlando to meet with series celebrities, hoping for a glimpse of the future of the franchise.

The daily “Stars of the Saga” talk show during the event features the weekend’s movie stars talking about their time shooting the films and what they’ve been up to since then. For weekend one, Ahmed Best (Jar Jar Binks) and Peter Mayhew (Chewbacca) talked with host James Arnold Taylor (voice of Obi-Wan Kenobi in “The Clone Wars”).

But before they came out, Arnold introduced a surprise video message from “Episode VII” director J.J. Abrams, direct from London where the movie is being produced.

Nothing new was revealed about the upcoming trilogy, but the message was welcomed by fans.

From there, Ahmed Best took the stage in a fairly rare appearance since his much-maligned role as Jar Jar Binks. But he was lively and personable, winning over the crowd with laughter. 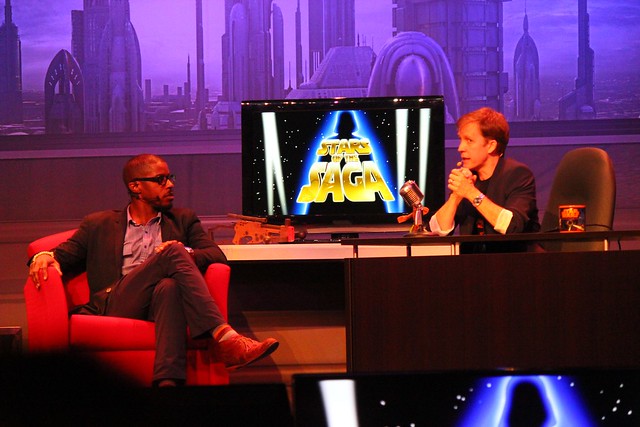 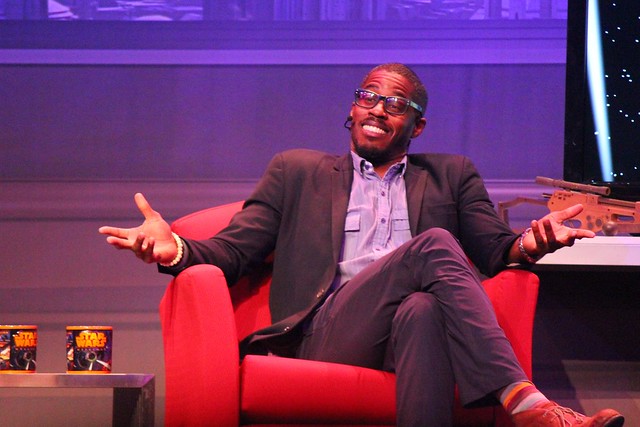 The audience was more eager to see Peter Mayhew, who walked on stage to a standing ovation. Mayhew has struggled with mobility issues in recent years, largely getting around in a wheelchair. But he explained that recent surgeries have allowed him to walk again – with the aid of a lightsaber cane – preparing for “Episode VII” filming. Arnold and Mayhew also discussed the now-famous cast photo for the new film. 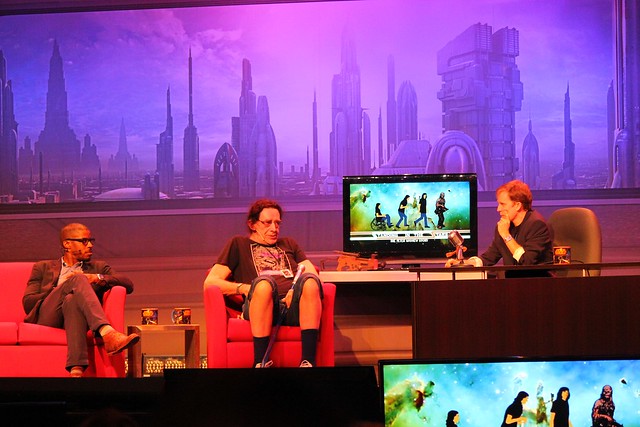 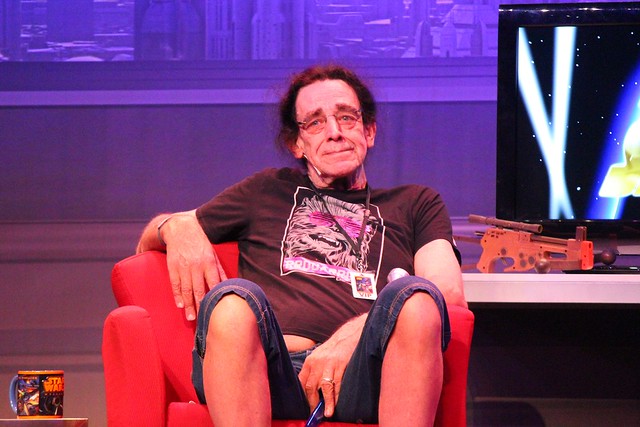 Finally, Jedi Mickey joined the trio on stage for a singalong of the “Mickey Mouse Club” theme song, complete with ear hats for everyone. Best added his own twist, singing in Jar Jar’s voice. 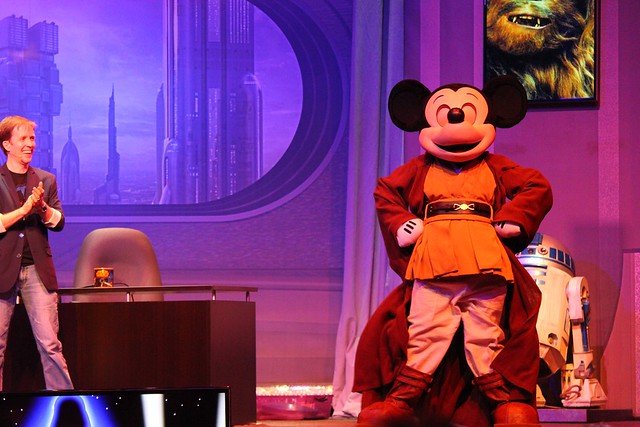 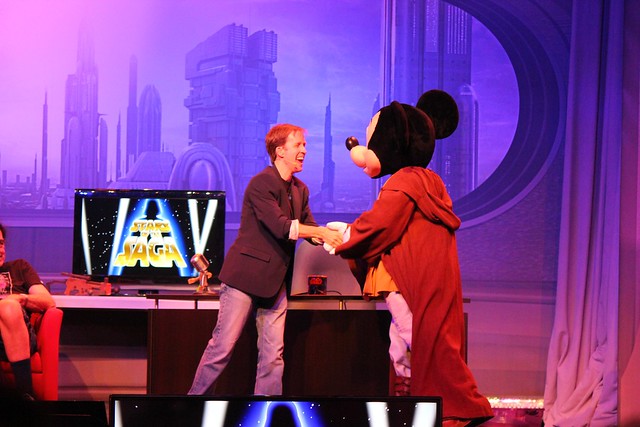 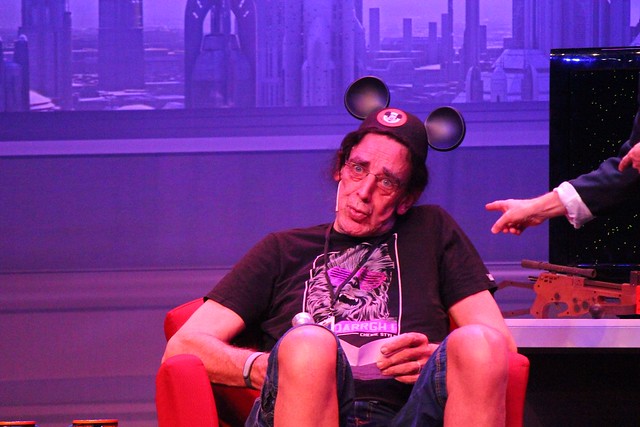 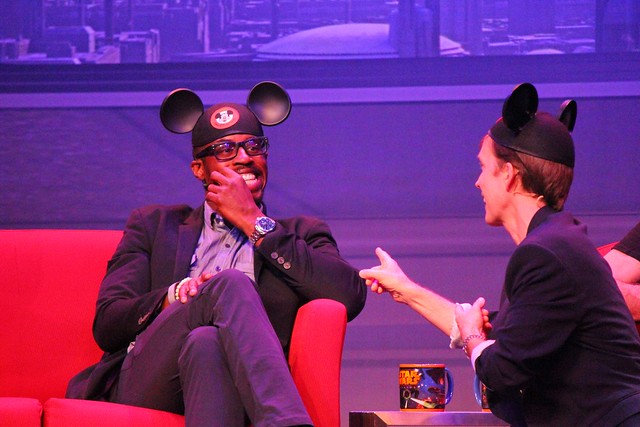 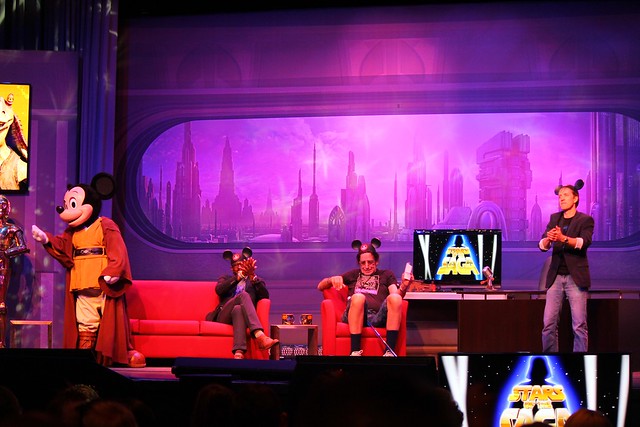 To easily get in to see these stars, FastPass+ has been added as an option for guests to pre-book reservations to skip the line, which works quite well, though does not guarantee a good seat. 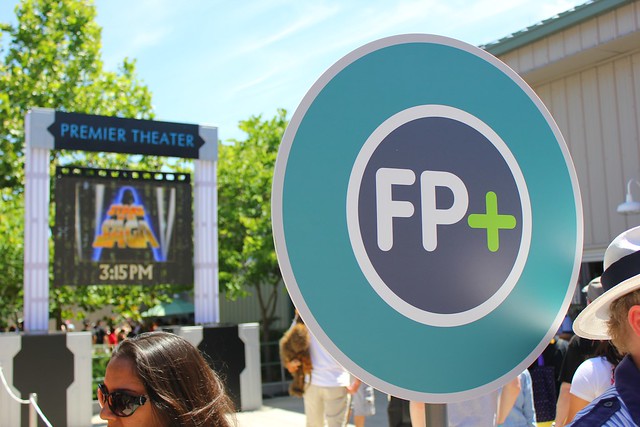 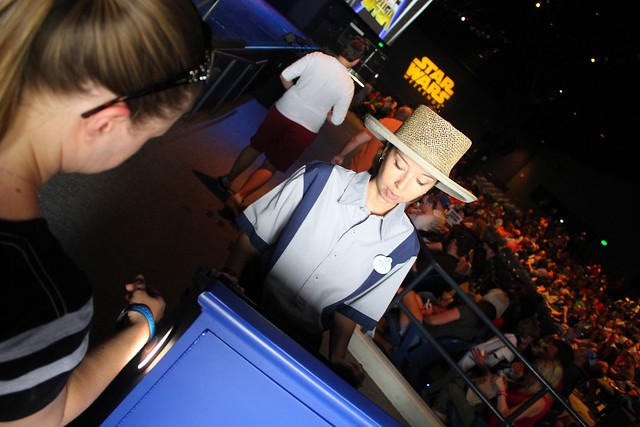 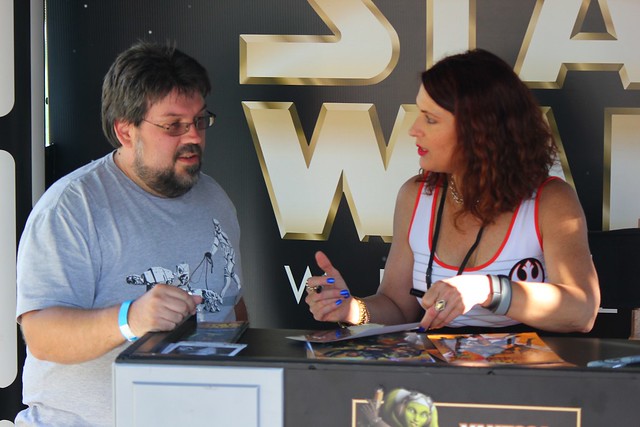 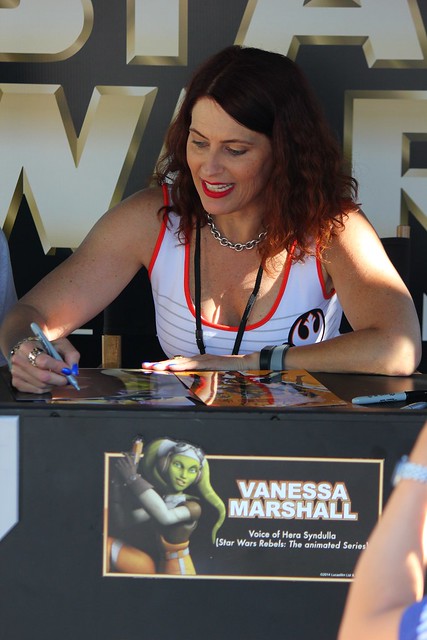 The new “Rebels” characters appeared in the motorcade at the beginning of the day as well as the new stage show at the end of the day. 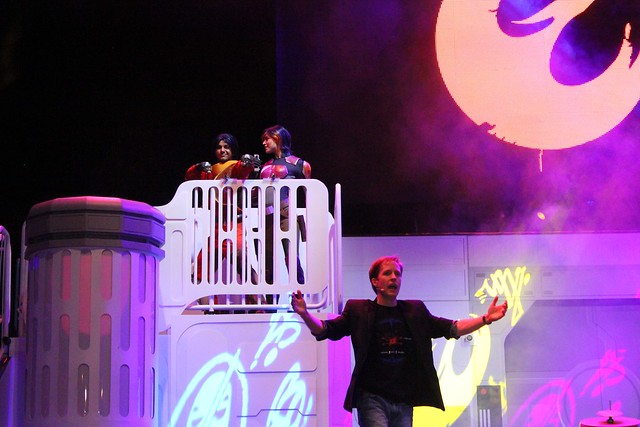 Some “Rebels” merchandise is also available at the event in Darth’s Mall. 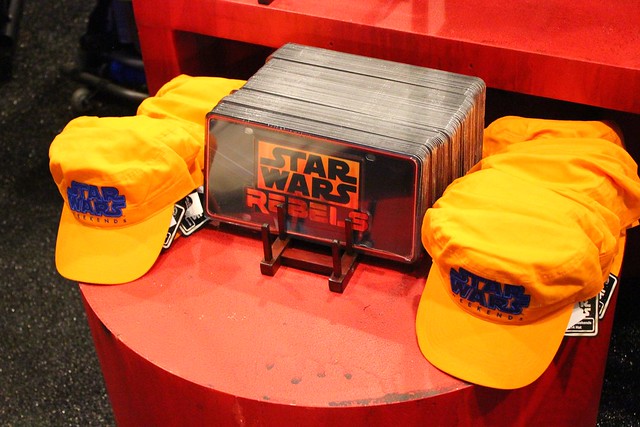 Much more merchandise can be seen in the photo gallery at the bottom of this post.

Another new addition to this year’s event within Darth’s Mall is the amusingly named Ackbar Snack Bar, serving drinks, cupcakes, and other treats, complete with an animatronic Admiral Ackbar drinking out of a Stormtrooper mug. 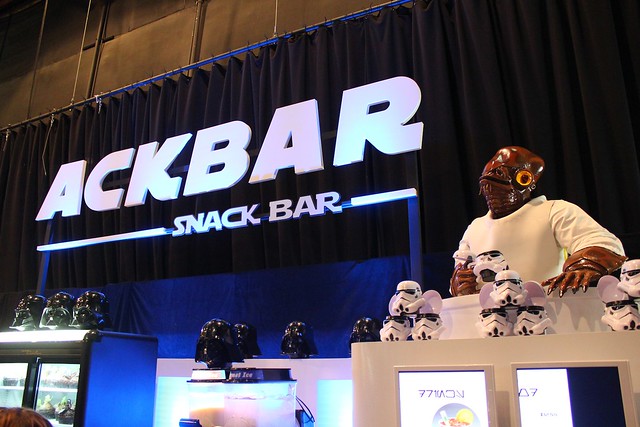 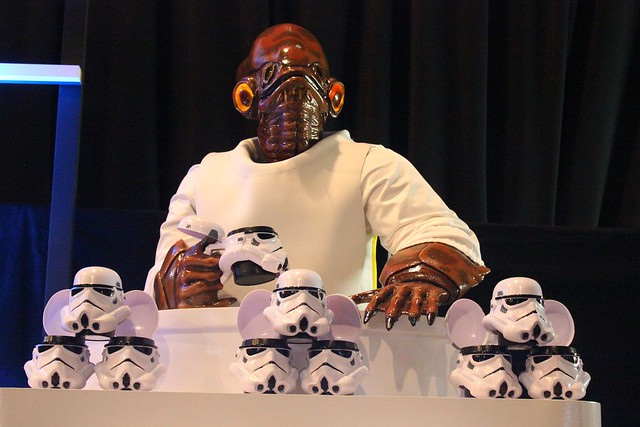 The rest of a day at Star Wars Weekends 2014 is filled with many opportunities to meet characters from the films and TV shows. 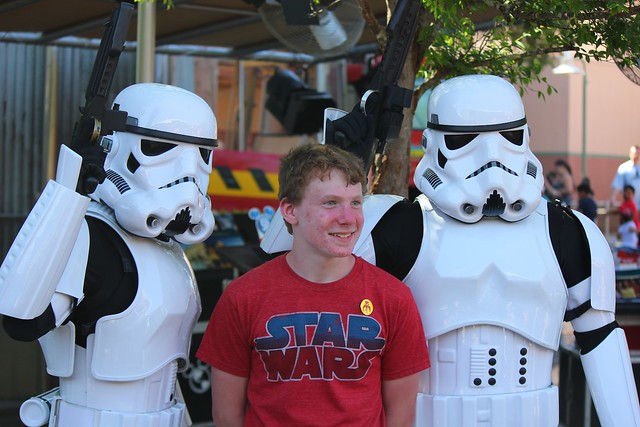 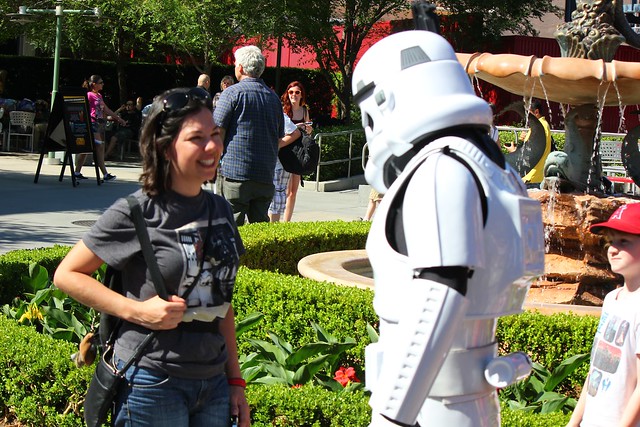 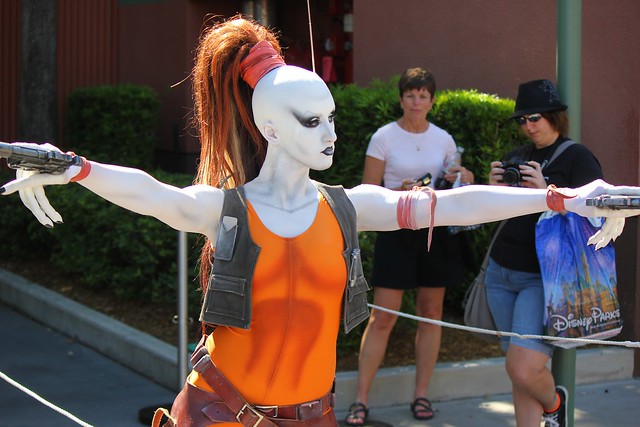 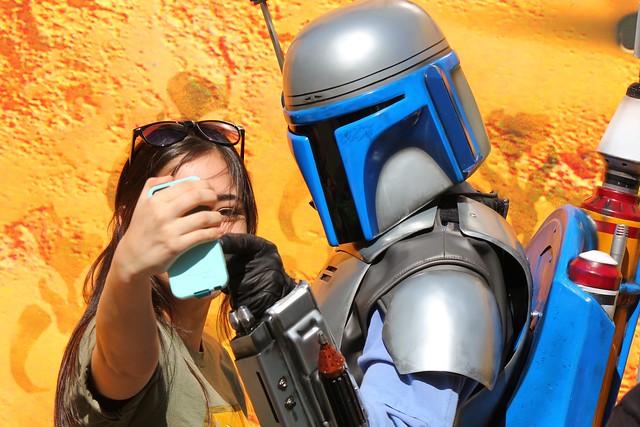 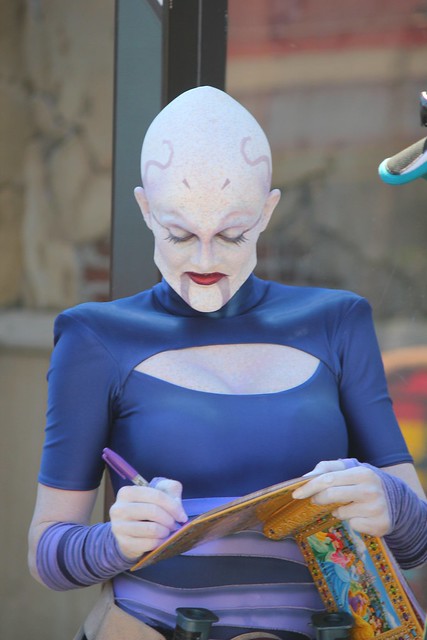 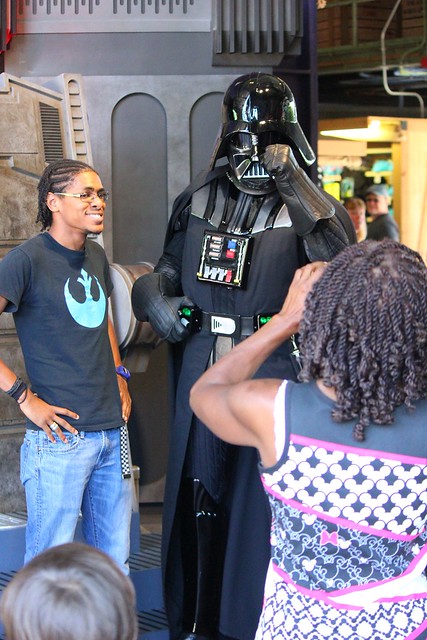 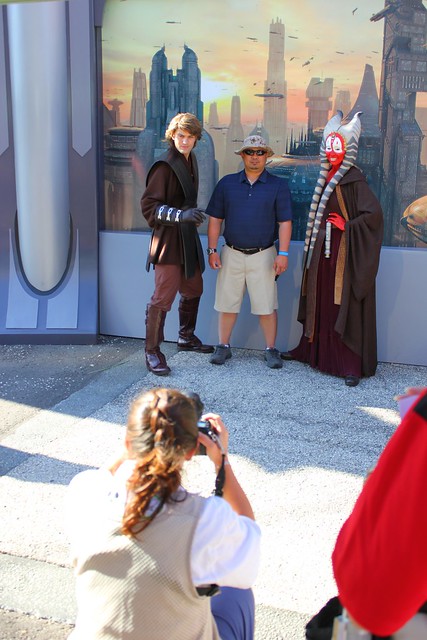 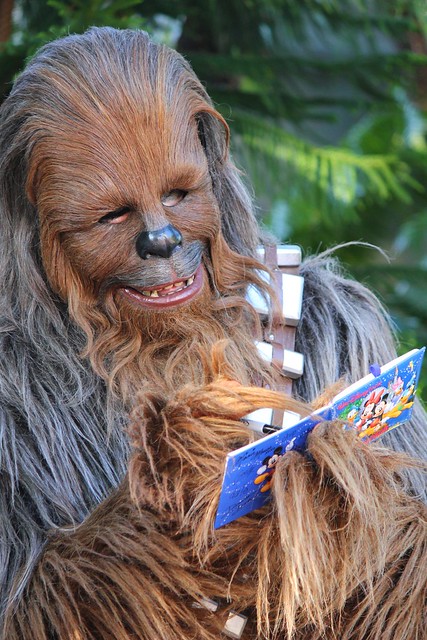 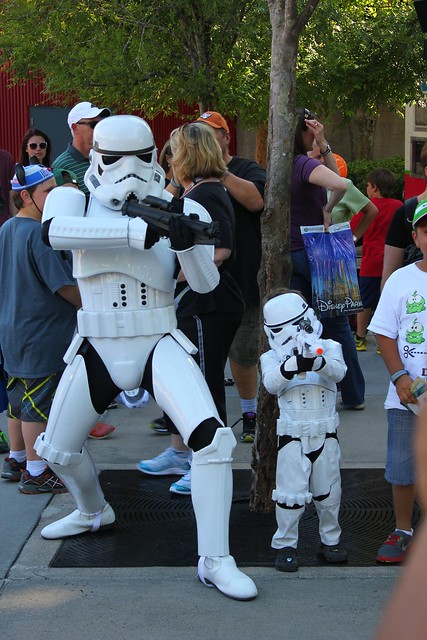