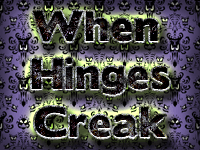 While Disneyland has not announced any plans to celebrate the 45th anniversary of The Haunted Mansion (aside from some merchandise releases), ScareLA plans to do just that. On August 9, 2014, the first day of the convention and 45 years after The Haunted Mansion first opened, Doombuggies.com’s Jeff Baham will host “When Hinges Creak,” a presentation featuring Disney Legend, former Imagineer, and Doom Buggy designer Bob Gurr. The pair will share photos, information, and stories about the development of the classic dark ride.

Update: Representing her late husband, Marc Davis, Alice Davis has been announced to join Disney Legend Bob Gurr and Baham in the celebration of The Haunted Mansion on its 45th Anniversary

The Haunted Mansion is frequently cited as the favorite attraction and inspiration of many an attraction designer.

The two-day ScareLA event will also spotlight many other ghoulishly good times from haunted attractions throughout the west coast, including a special presentation on August 10th from the creative minds behind Halloween Horror Nights at Universal Studios Hollywood, promising to reveal something exciting.

Tickets are on sale at 30% off until midnight tonight at ScareLA.com.