Returning for its second year, Busch Gardens Williamsburg’s Food and Wine Festival aims to delight guests again by expanding offerings while bringing back favorites. The festival, which opened May 23, runs weekends through June 29, 2014 and features 14 kiosks representing countries from throughout Europe and the world.

Busch Gardens President Carl Lum said Busch Gardens is excited for the return of the Food and Wine Festival, noting it was overwhelming popular in its first year.

The festival features 55 food items and more than 71 varieties of wine, beer, and specialty cocktails that offer guests the opportunity to sample flavors from all the locations. The food offerings average in price from $2 to $7, with some selections costing as much as $12. 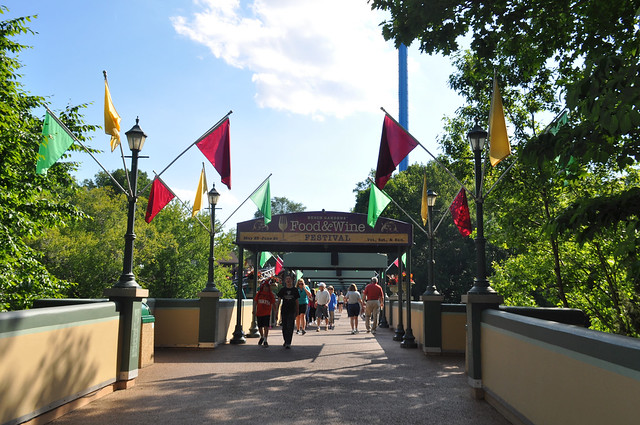 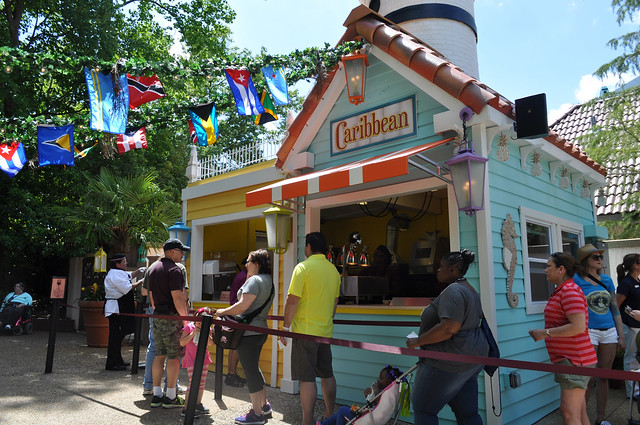 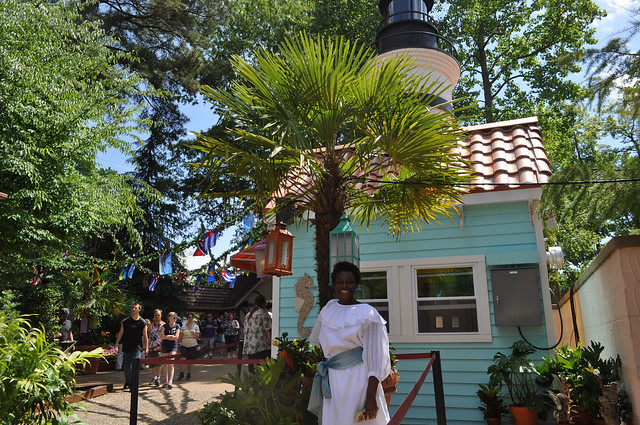 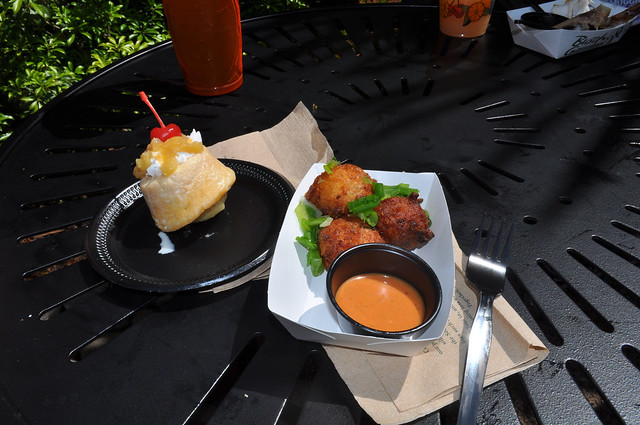 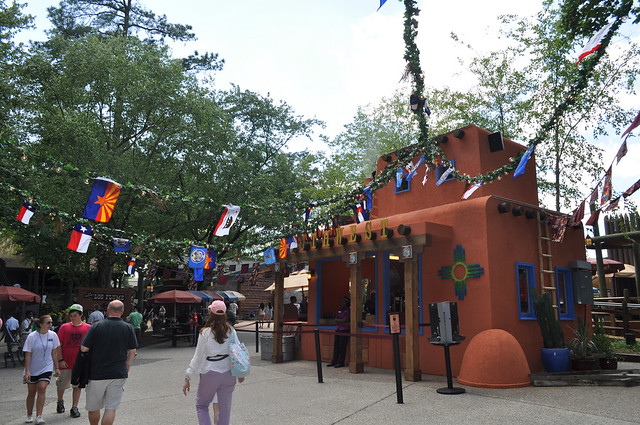 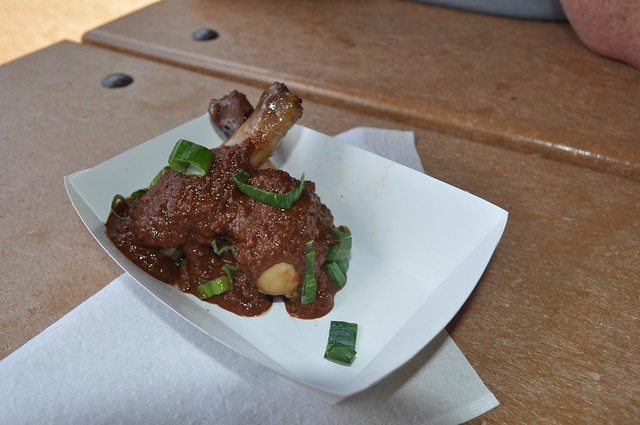 Executive Chef Justin Watson said the park decided it would expand beyond European countries to expand its flavor options. “Going outside of Europe opened up the rest of the world for us,” said Watson.

Watson and the rest of the Busch Gardens team decided to add American Southwest, but it was the park’s Facebook fans that rallied for the addition of Caribbean after the park asked them which kiosk they would like to see at the festival. Additionally, each returning kiosk has new offerings, whether its food or drink. “I tried to add an item to each kiosk to be something new, so people who came last year would have something new,” said Watson.

The festival did lose some of its aspects from last year, including the entire Austria kiosk. But last year’s popular Schnitzelwich and Linzer Torte from Austria were moved to Germany. 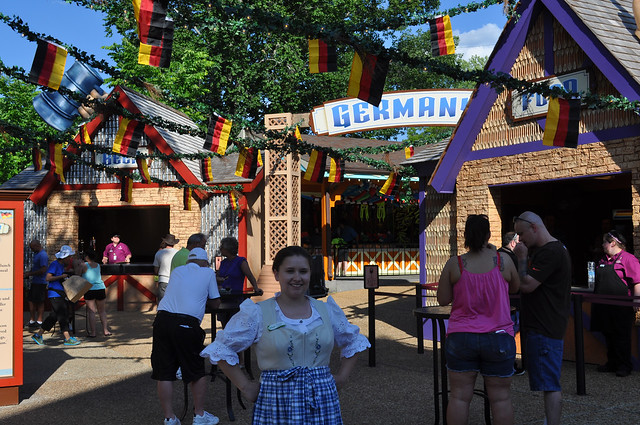 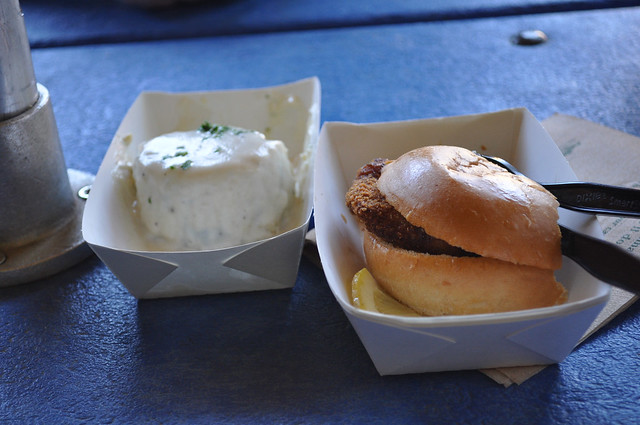 Watson said in planning the menu for this year’s festival he wanted to introduce new flavors and ingredients while not alienating park guests. “The challenge is to have something new, fresh, and different but still approachable,” added Watson.

The festival has a great variety of selections and most new additions are winners, and many of the kiosks surprise with their offerings, like Scandinavia, Scotland, and Greece. These kiosks offer foods that are quintessentially associated with the host countries and are exotic enough to most park guests. Most importantly, these foods are done well and taste great. 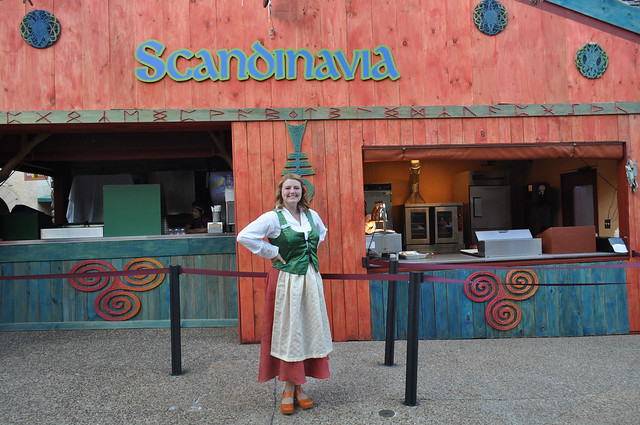 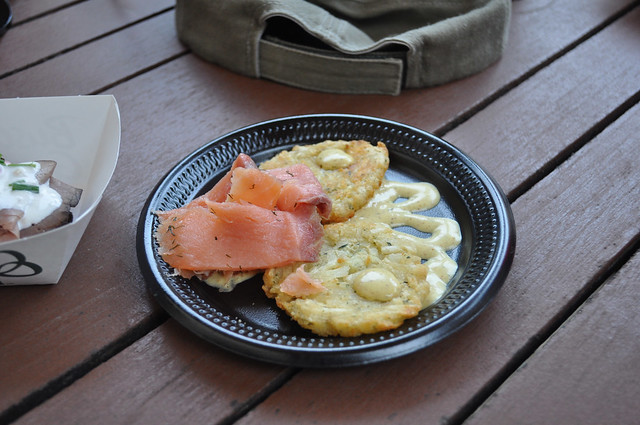 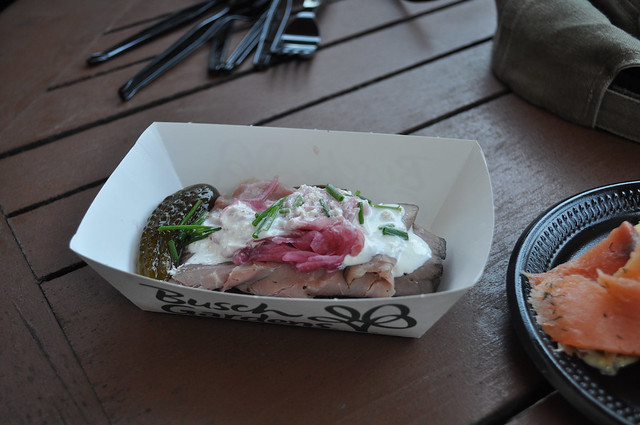 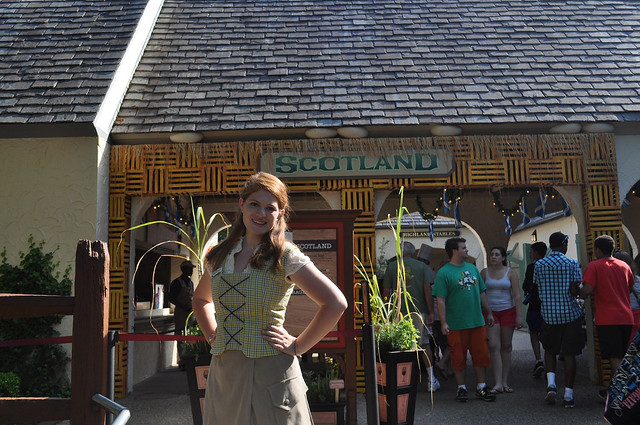 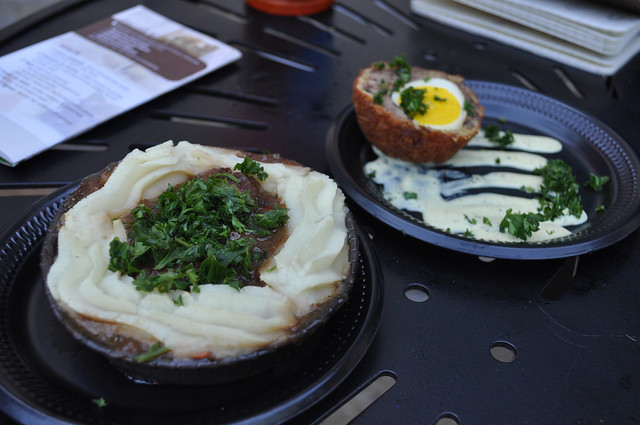 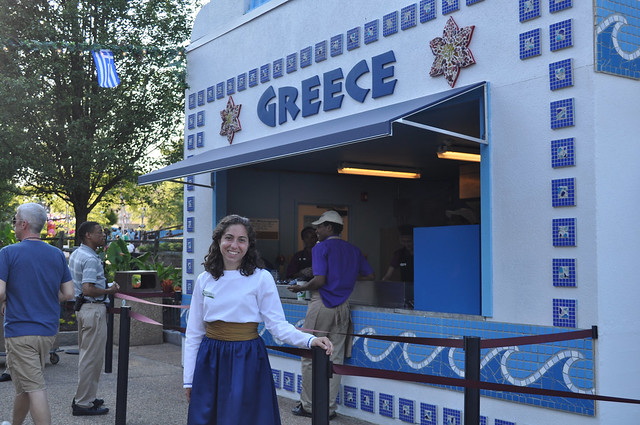 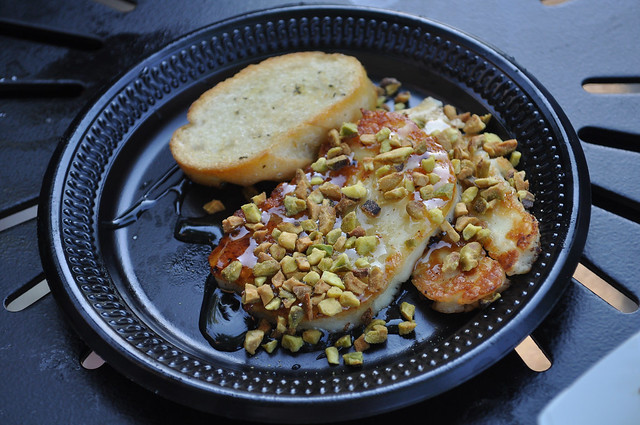 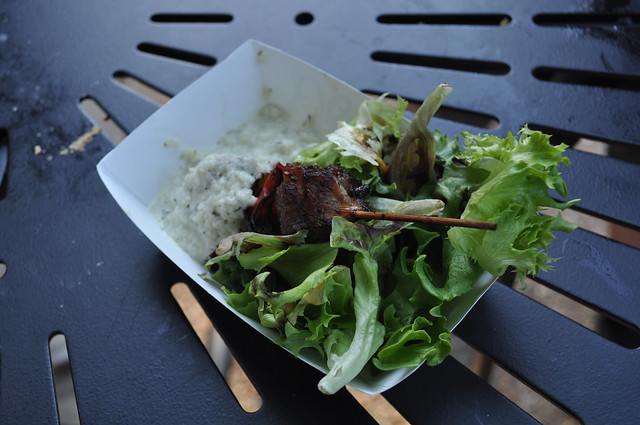 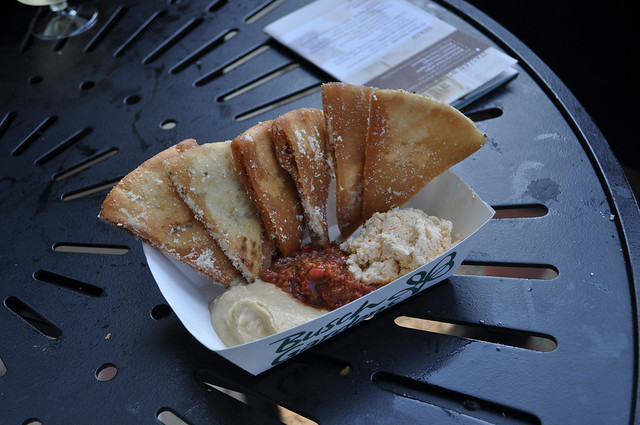 Unfortunately, some of the kiosks that are most well known for their cuisines – Italy and France – the food offerings fall short. Italy’s kiosk is the most disappointing; it has some of the most expensive offerings at the park, all of which are pre-packaged, unlike most of the food at the festival. 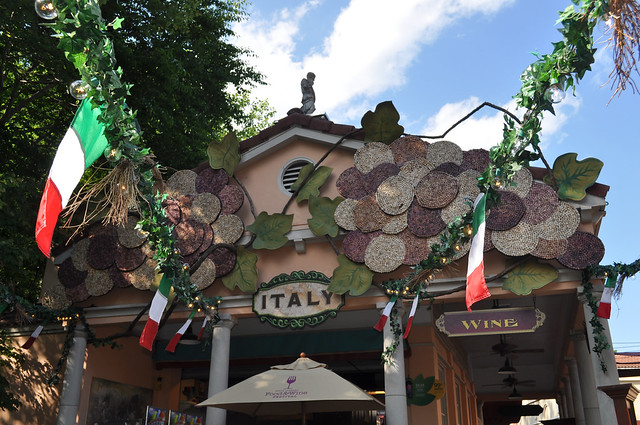 Apart from the food and alcohol offerings, the Food and Wine Festival is enhanced by the beautiful facades on the kiosks. It is hard to believe these facades are temporary, with the ornate decoration and level of detail in them. Many of the facades are attractions within themselves, especially the Caribbean and Scandinavia kiosks, which are especially impressive because they are placed near countries within the park that are so far from their real geological locations (Germany and Ireland, respectively). 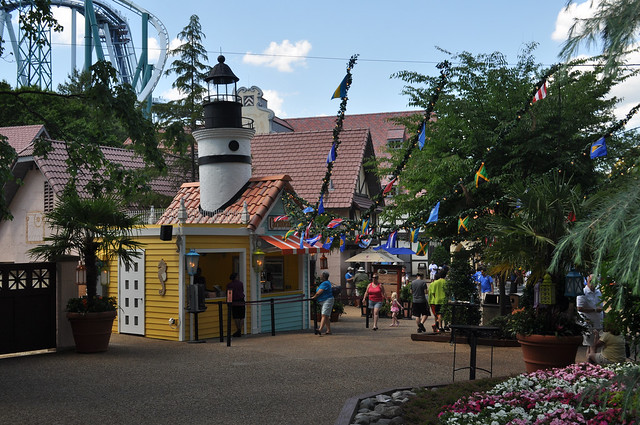 The environment is even more enhanced by three “Art of Food” stands that feature chocolate sculptors, cake artists, and fruit carvers. 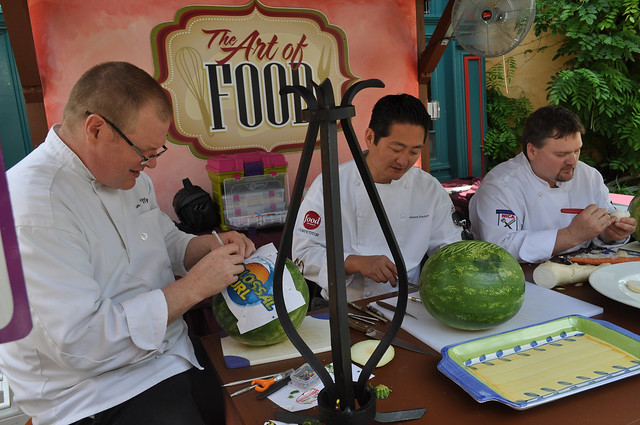 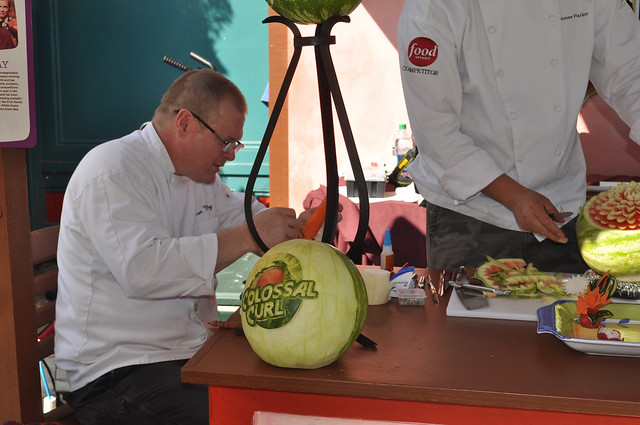 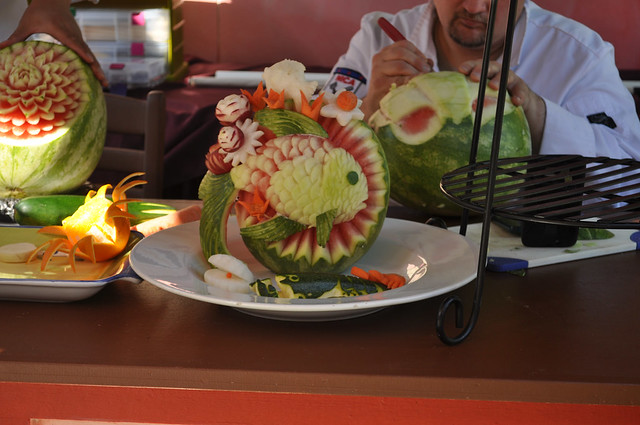 Only in its second year, Busch Gardens Williamsburg’s new Food and Wine Festival is a great experience for all guests and its newest additions build on what is now a new tradition for the park.