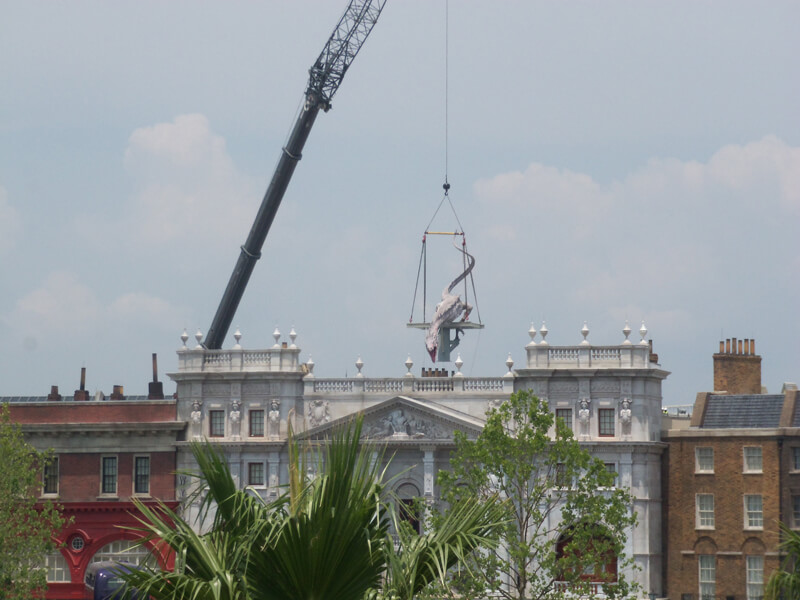 The crowning jewel of Diagon Alley has arrived as Universal Orlando today is installing the massive, extremely detailed dragon atop Gringotts Bank.

This dragon will eventually breath fire, attracting attention to the Wizarding World of Harry Potter expansion not only from within Diagon Alley, but from surrounding areas as it will be visible from many areas in the park.

Amusement Buzz was there to catch the dragon being lowered into position by crane, sharing the below photos with us. @bioreconstruct also posted a view of the dragon, already surrounded by scaffolding, as seen from near Mel’s Drive-In – quite a distance from Diagon Alley. The dragon isn’t entirely assembled, still missing a few limbs. But its detail is astounding, realistically designed to draw all eyes to the Harry Potter expansion at Universal Studios Florida, set to open in a few weeks. (No specific opening date has been announced just yet.)

Visit Amusement Buzz for many more high-resolution photos of the Gringotts dragon installation.