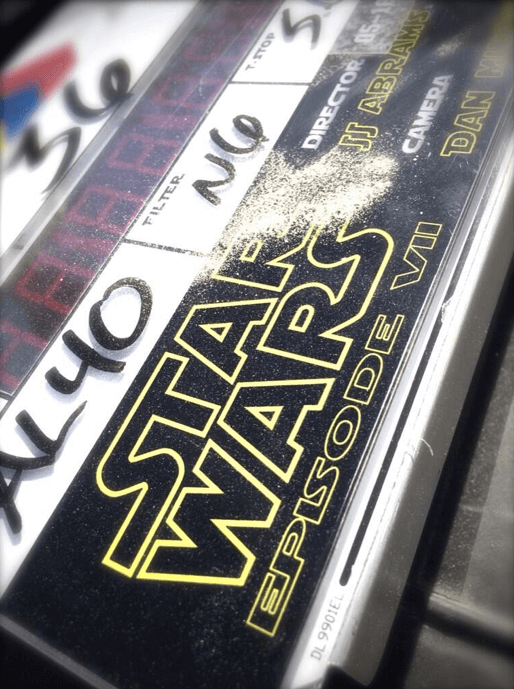 With a simple tweet of “#dayone” and a photo of a clapboard, director JJ Abrams’ production company Bad Robot has revealed that production has begun on “Star Wars: Episode VII.” 581 days remain until the release date of “Star Wars: Episode VII” – December 18, 2015. Expect many more little updates along the way as this long-anticipated sequel becomes a reality.