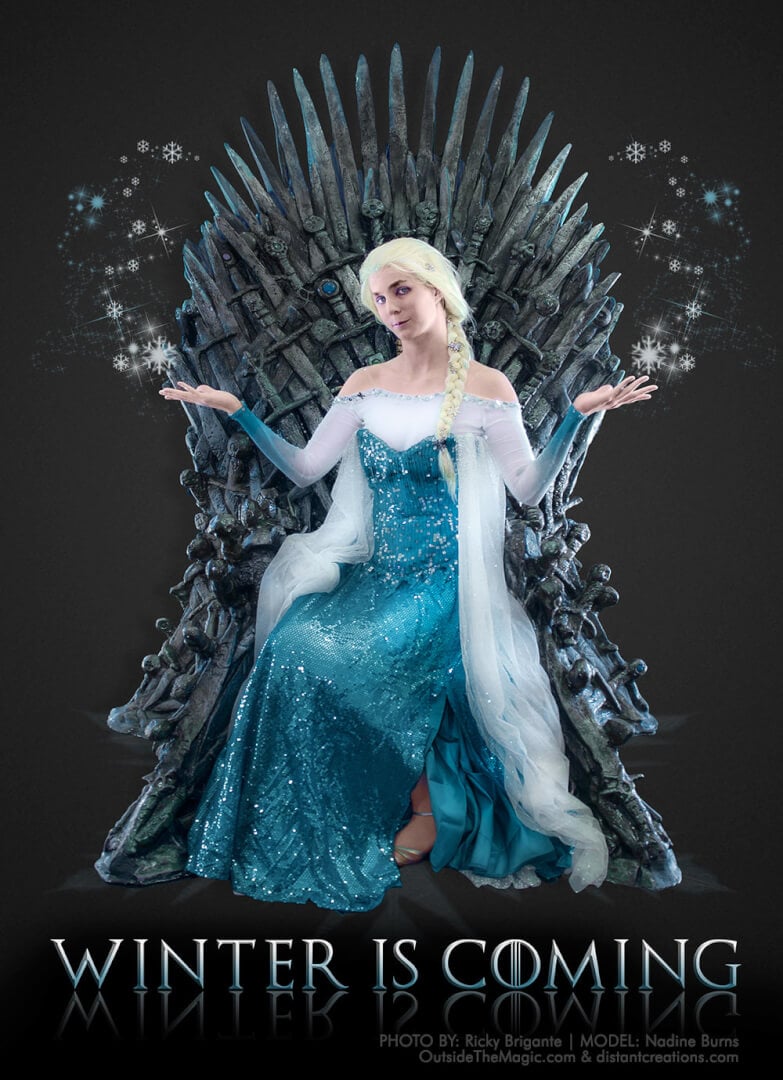 When “Once Upon a Time” aired its recent season finale, “Frozen” fans were thrilled to see the surprise appearance of Elsa in its final moments, combining two of Disney’s popular properties.

But what if we mashed up a third fan favorite into the mix? Adding a bit of “Game of Thrones” fun, I bring you our second Outside the Magic original creation: Once Upon a Time in Westeros.

The video below might start out familiar to those who watched the show, but stick with it until the end.

Video: Once Upon a Time in Westeros – Extended Season Finale “Frozen” Ending

The idea was sparked by artwork that’s been passed around quite a bit online. When I discovered the “Game of Thrones” Iron Throne was coming to Orlando last week, I jumped at the chance to create the photo below, featuring Elsa cosplayer Nadine Burns. The original artwork was created by illustrator Chris Kawagiwa, whose “Frozen” / “Game of Thrones” design is available to own on T-shirts: