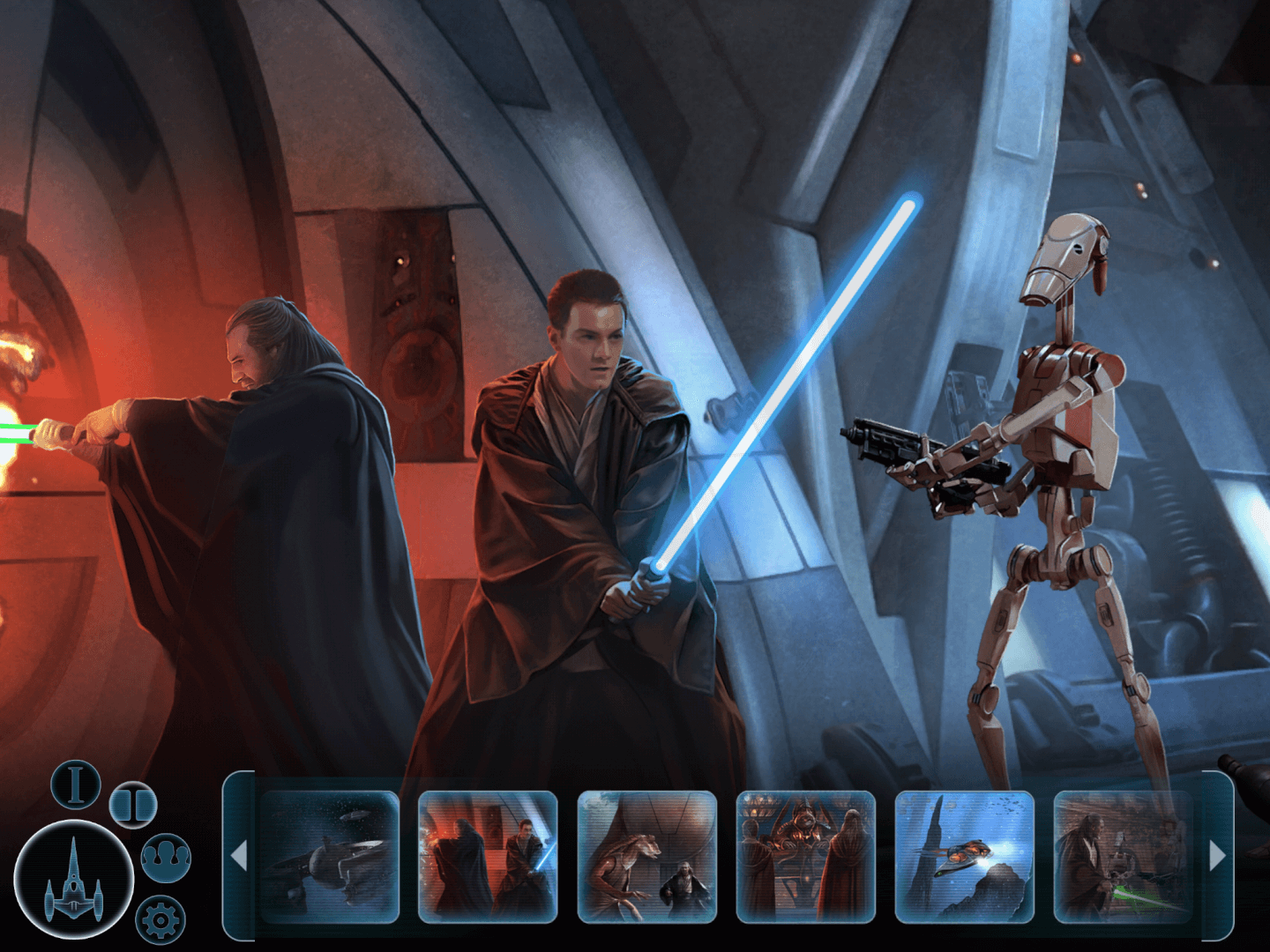 In addition to the exclusive new lineup of Disney Store products recently unveiled, Disney today has announced a new series of apps telling the “Star Wars” stories leading up to the highly-anticipated release of Episode VII.

From Disney Publishing Worldwide, “Star Wars Journeys” is a new episodic series of apps featuring the stories, heroes and villains from a galaxy far, far away, told through interactive content.

Among the most impressive features in the app is the 180-degree parallax viewing experience with “infinite zoom” scene transitions, allowing iPad users to move their devices around the physical space to reveal new familiar faces and moments from the “Star Wars” film, then pinch to zoom further through the story. The featured game in “Episode I” is, of course, pod racing. Though many pod racing games have been released over the years, it’s still surprisingly fun, particularly when utilizing an iPad’s gyroscopic motion controls. “Star Wars Journeys: The Phantom Menace” can be found on the App Store in the Kids and Entertainment categories.