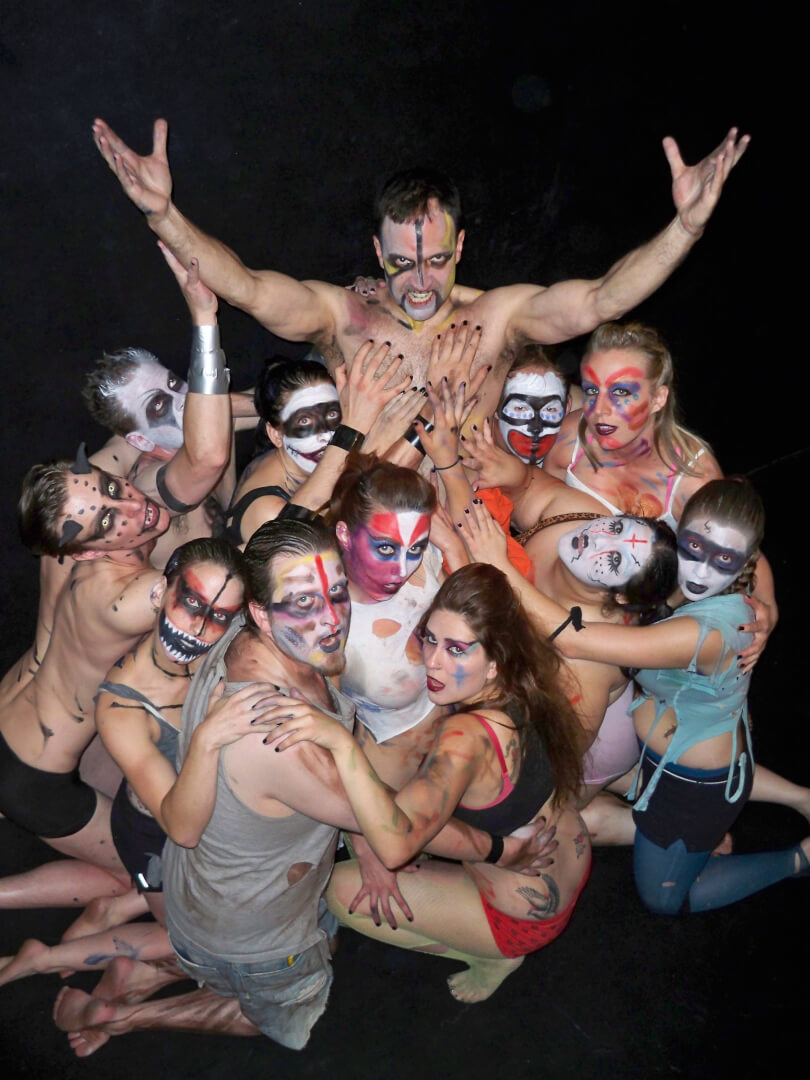 The twisted fun that is Zombie Joe’s Underground Theatre Group has an all new show entitled “Haunted Walls and Apparitions”.

As I entered the small black box theatre space that I’ve been in numerous times before, I immediately notice that something is different. There are no seats. That probably doesn’t sound like too big of a deal, but with such a minimalist space to begin with, taking anything away is immediately noticeable and quickly changes the environment. The space became jam packed with approximately sixty audience members in a space small enough to fit only four cars inside. As audience members enter their choice is to sit on a couple of risers available or to stand along the wall.

As the show begins and the characters come out scantily dressed and dragging their bodies along the floor you quickly realize that choosing to stand against a wall in a show called “Haunted Walls and Apparitions” may not have been the best idea. The zombie-like actors all approach a specific spot in the center of the wall parting audience members (who seemed eager to move) like the red sea. Once they reach the wall the decayed bodies rise up off the ground and the theatre goes dark. Moments later the lights come back up and now there is an additional “person” in our presence.

The devil has arrived. It is this kind of uncomfortable craziness that you can expect throughout the remainder of the sixty minute show. With very minimal dialogue, the performance relies heavily on an original score and gut wrenching moans of the actors. The commitment of the entire cast is evident throughout.

One of my favorite things to do at a Zombie Joe’s show is to watch the reactions of other audience members. This night’s audience did not disappoint. At least half of the audience had their jaws dropped while the other half had a look of “Oh my God!” on their faces. “Haunted Walls and Apparitions” is performed at Zombie Joe’s Underground Theatre in North Hollywood, CA on Saturday nights at 11pm through June 28th. For tickets and information visit www.ZombieJoes.com

Jeff DePaoli is an entertainer/producer living in the Southern California area. He is co-host of the podcast “Disney Coast to Coast” and can be seen in the upcoming feature film “Jersey Boys” directed by Clint Eastwood. JeffDePaoliEntertainment.com, Jeff DePaoli Entertainment Newsletter, Twitter, and YouTube.