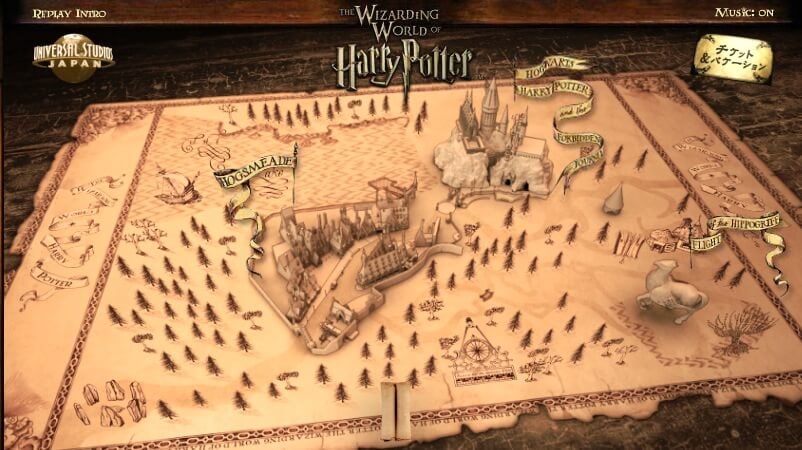 Universal Studios Japan has announced the opening date for their Wizarding World of Harry Potter as July 15, 2014.

The Japan version of the Wizarding World will be largely the same as Orlando’s original, including Hogwarts Castle with Harry Potter and the Forbidden Journey, Flight of the Hippogriff, and the shops and dining of Hogsmeade Village. A big difference, however, is the absence of the Dragon Challenge roller coaster, formerly Islands of Adventure’s Dueling Dragons ride. In Orlando, it’s the least “Potter” of all the Wizarding World attractions, particularly with its brightly colored exposed track, so it’s not surprising that it isn’t duplicated overseas. Representing the Triwizard Tournament will still be the students from Beauxbatons and Durmstrang performing outside Hogwarts.

And though Zonko’s has closed in Orlando in preparation for the opening of Diagon Alley (which will feature the similar Weasleys Wizard Wheezes), Japan’s Wizarding World does feature the original store.

More information can be found on the Universal Studios Japan web site.