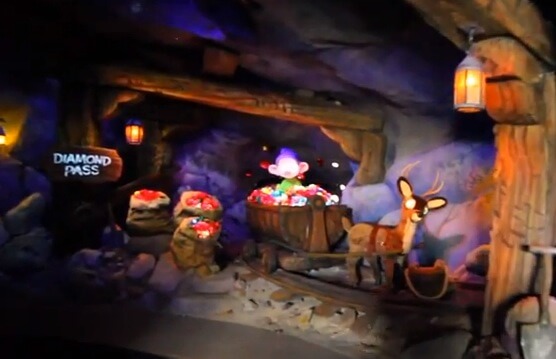 On the eve of unveiling the Seven Dwarfs Mine Train to invited press, Walt Disney World has decided to reveal it to the online world, releasing a nearly full ride-through video of the New Fantasyland attraction.

UPDATE: We now have a full POV ride-through of the entire ride:

There are a few details missing from the interior and exterior portions of that video.