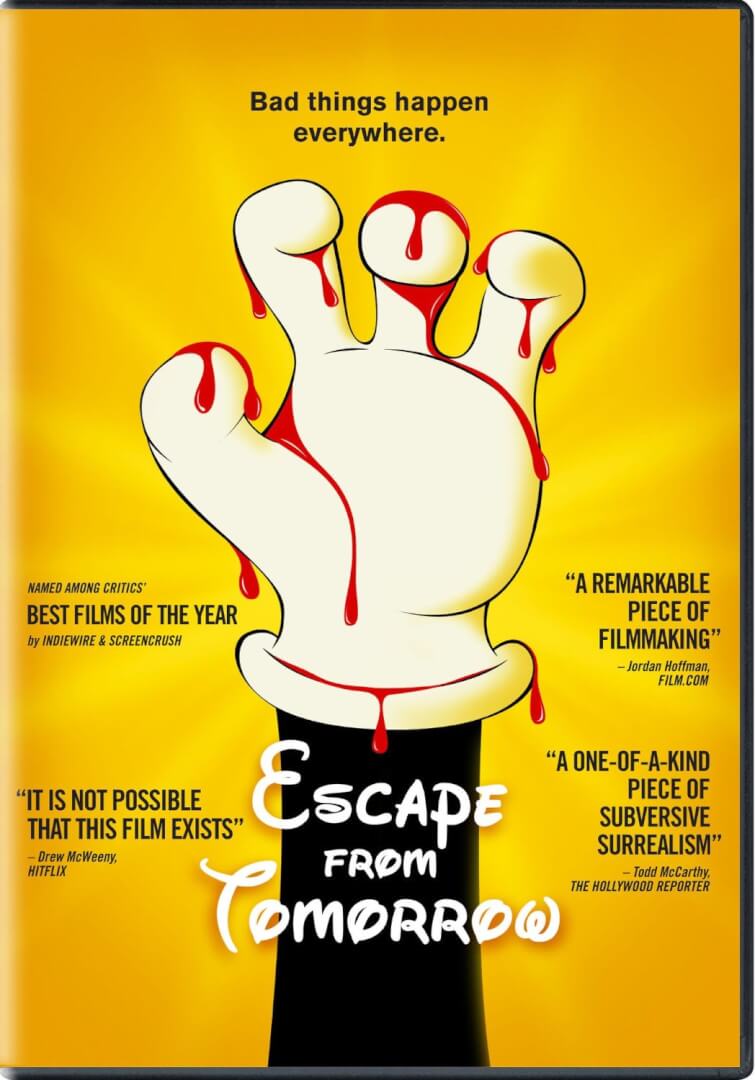 “Escape From Tomorrow” has become widely known as that crazy film that was shot without permission at Walt Disney World and Disneyland, diving into adult territory with its wild visuals and mature subject matter.

It’s been available as a digital download for quite a while, but tomorrow it will be released on Blu-ray, including a new 15-minute bonus feature that details its creation. SlashFilm has released a clip of this bonus feature, depicting the film’s creator and legal expert discussing the challenges in making the movie without Disney stopping them:

The Blu-ray release will also include a commentary track.