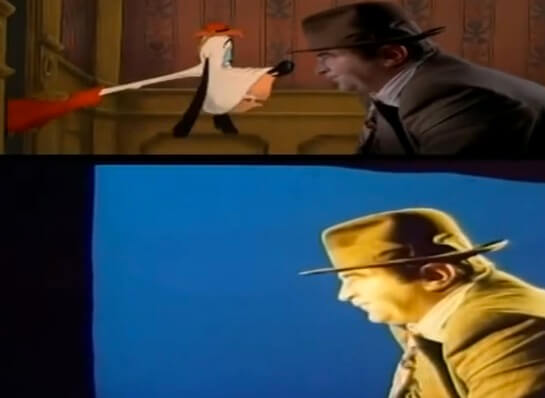 Humans and Toons alike mourned today as news reached the world that actor Bob Hoskins has died at age 71. Among his best known roles was Eddie Valiant, the private investigator from “Who Framed Roger Rabbit.”

The believability of Valiant exploring the animated world of Toontown was made possible through Hoskins’ amazing acting talents, performing opposite a blue screen and odd props for much of the movie, acting as stand-ins for animators to later fill in with crazy characters.

The visual effects video below shows a side-by-side comparison of the final result of one sequence in “Who Framed Roger Rabbit” opposite raw video of Hoskins making it all believable. (via Geeks of Doom)

Comments Off on VIDEO: Brilliance of the late Bob Hoskins shown in “Roger Rabbit” VFX reel