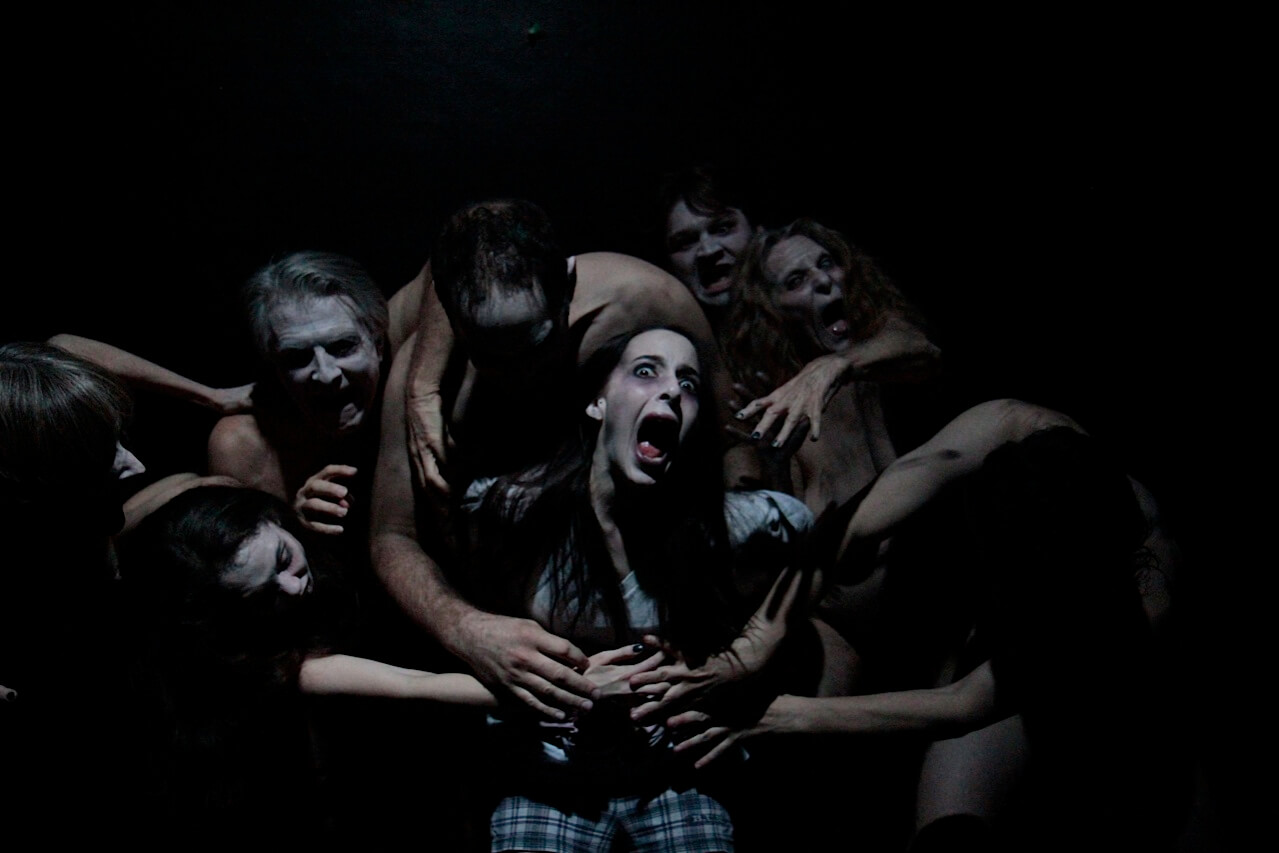 In a small black box theatre in North Hollywood, California, some of the darkest, creepiest, most disturbing (though sometimes hilarious) live theatre is taking place in the latest installment of “Urban Death” at Zombie Joe’s Underground Theatre.

I have seen a lot of horror movies, experienced many haunted houses and been to various pieces of entertainment that promise to scare. Very few have compared to the discomfort and vulnerability felt when experiencing “Urban Death” for the first time. The tiny black box theatre seats several dozen people, creating a very intimate atmosphere. Upon entering the theatre, audience members are immediately uncertain about what will soon be experienced. The front row is quickly avoided in fear of what attendees are about to become a part of. The show runs approximately one hour and contains no dialogue. It is simply a roller coaster ride of emotions as the extremely exposed actors take viewers on a journey exploring fears, also helping discover new fears that perhaps were never realized before.

As the lights dim, the audience is in complete darkness and music and sounds around the theatre echo off of the walls.

The audience begins to question what they got themselves into. Strobes flash and performers appear inches away. The opening scene begins with screams and ends with death, as a poor victim’s insides are ripped out. Only at this point is it discovered exactly what “Urban Death” is – really twisted live performance art.

The photos in this article were supplied by Zombie Joe to represent the oddities seen during the show. No photography is allowed during the performance, largely due to its adult nature, including nudity and sexual situations. It’s definitely not intended for children. Some of the show’s most effective scenes are the ones that happen in complete darkness where light whispers and sounds travel around the theatre, leaving the audience consistently questioning how close the sounds are. These dark sequences let imaginations run wild.

“Urban Death” is one of the best examples of minimalist theatre around. It shows that a huge amount of money or over the top special effects aren’t needed to rock an audience to its core. Anyone that enjoys being scared and has a twisted sense of humor, will find “Urban Death” to be the show to see.

The latest installment of Zombie Joe’s Underground Theatre, “Urban Death”, is currently playing Saturday nights through May 23 in the theatre district of North Hollywood, California. Find out more at UrbanDeath.com. Jeff DePaoli is an entertainer/producer living in the Southern California area. He is co-host of the podcast “Disney Coast to Coast” and can be seen in the upcoming feature film “Jersey Boys” directed by Clint Eastwood. JeffDePaoliEntertainment.com, Jeff DePaoli Entertainment Newsletter, Twitter, and YouTube.