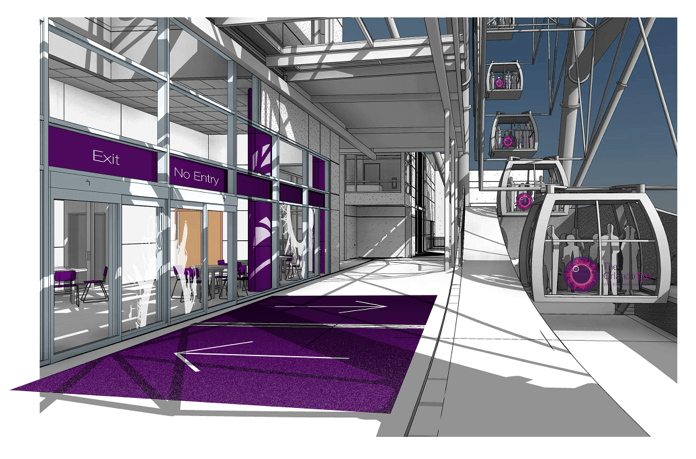 I-Drive 360 is now the name of the project formerly known as I-Drive Live, announced to open in Spring 2015 featuring multiple attractions, restaurants, and shops close by Universal Orlando, SeaWorld, and Walt Disney World. Its biggest attractions will be The Orlando Eye, Madame Tussauds and Sea Life aquarium.

The Orlando Eye will be the centerpiece, a little sister to London’s world-famous landmark. The giant observation wheel will offer views of the surrounding area from within fully enclosed, air-conditioned glass capsules. The attraction will begin before boarding with a 4D film featuring fireworks, wind, smells, and lighting. The world-famous celebrity wax attraction, Madame Tussauds, is also coming to Orlando for the first time as part of I-Drive 360. It will feature detailed, lifelike wax figures of celebrities and historical figures in areas named A-list party (below), Sport, and Music History. All three of these attractions are scheduled to open in Spring 2015.