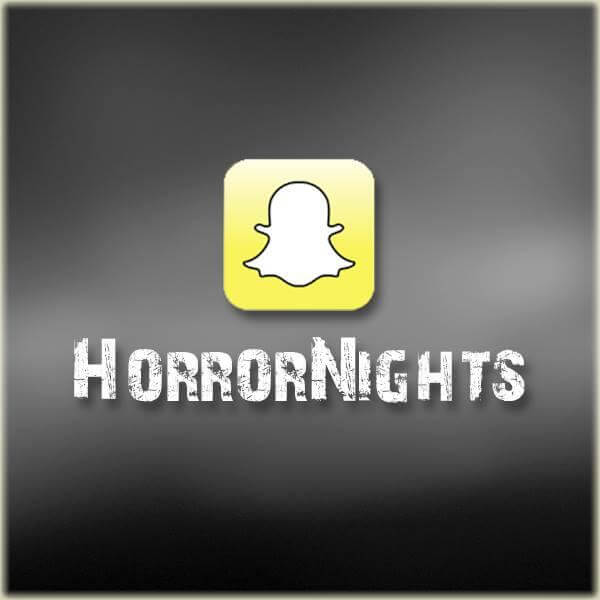 The service that enables photos and video clips to vanish into cyberspace in 10 seconds or less is now the latest virtual avenue for Universal Studios Hollywood to deliver news and information about the annual Halloween event. They’ve said to “look out for clues” to come via their Snapchat account, which is a particularly intriguing way to deliver updates that fans seek. Snapchat is inherently a fairly private social network, generally used for two individuals to communicate directly with each other – not a mass delivery mechanism like Twitter, Facebook, and Instagram. Though, Snapchat does allow for mass dissemination of images to multiple people at once.

But given the temporary nature of the media sent on Snapchat, fans will need to have their print screen buttons handy when receiving a message from Horror Nights if they want to spread the news.

The event’s creative director John Murdy is the man behind the @HorrorNights Twitter account and now it seems he’s involved with their Snapchat as well. Their first video post featured him giving an introduction… …followed by a surprise appearance by Mike Aiello, Universal Orlando’s Director of Entertainment and the man at the helm of Halloween Horror Nights in Florida. What they were discussing remains a mystery – for now.

To find Halloween Horror Nights on Snapchat, search for the username HorrorNights in the app.

I haven’t personally used Snapchat in months, but the inclusion of Horror Nights on the service gives me reason to re-join. You can find me on there as rbrigante. Happy snapping.