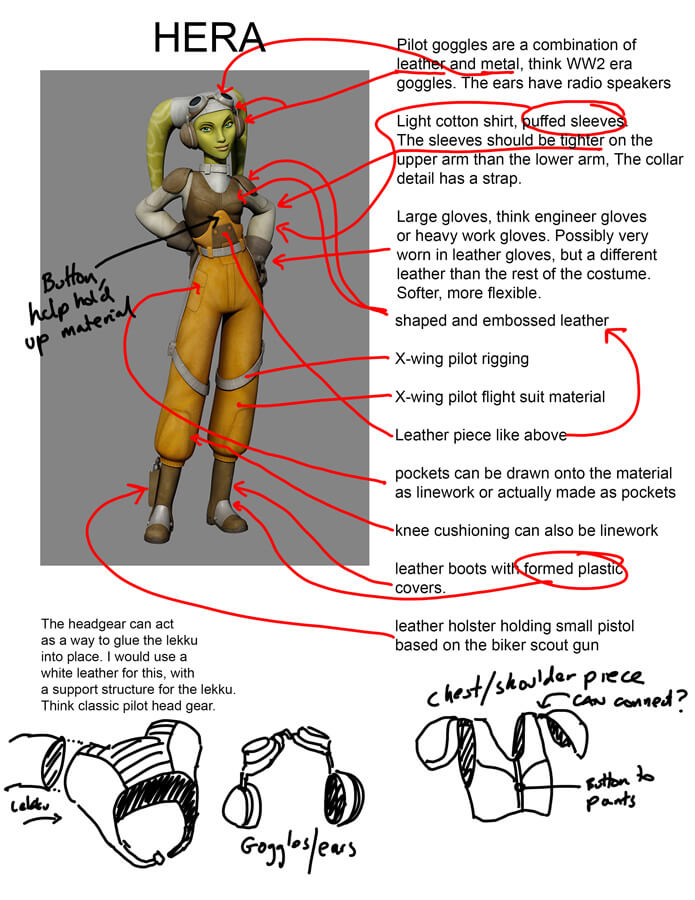 “Star Wars: The Clone Wars” director Dave Flioni is now hard at work producing the upcoming “Star Wars Rebels” animated series. Though the new show doesn’t debut until Fall 2014, Filoni wants to make sure fans are already pumped for the series, encouraging them to dress as new characters at San Diego Comic-Con and other similar events this year.

To aid in cosplay endeavors, Filoni has posted to StarWars.com a guide to creating a costume based on one of the show’s lead characters: Hero Syndulla. Hera is a female Twi’lek pilot, whose costume Filoni describes as a “mix of a classic X-wing pilot’s outfit with elements found on WWII-era pilot- and tank-crew gear.”

The diagram below details the components needed to create her outfit: Filoni also offered a view of her back to complete the cosplay. Comments Off on Dave Filoni wants to see you in “Star Wars Rebels” cosplay at San Diego Comic-Con, offers tips