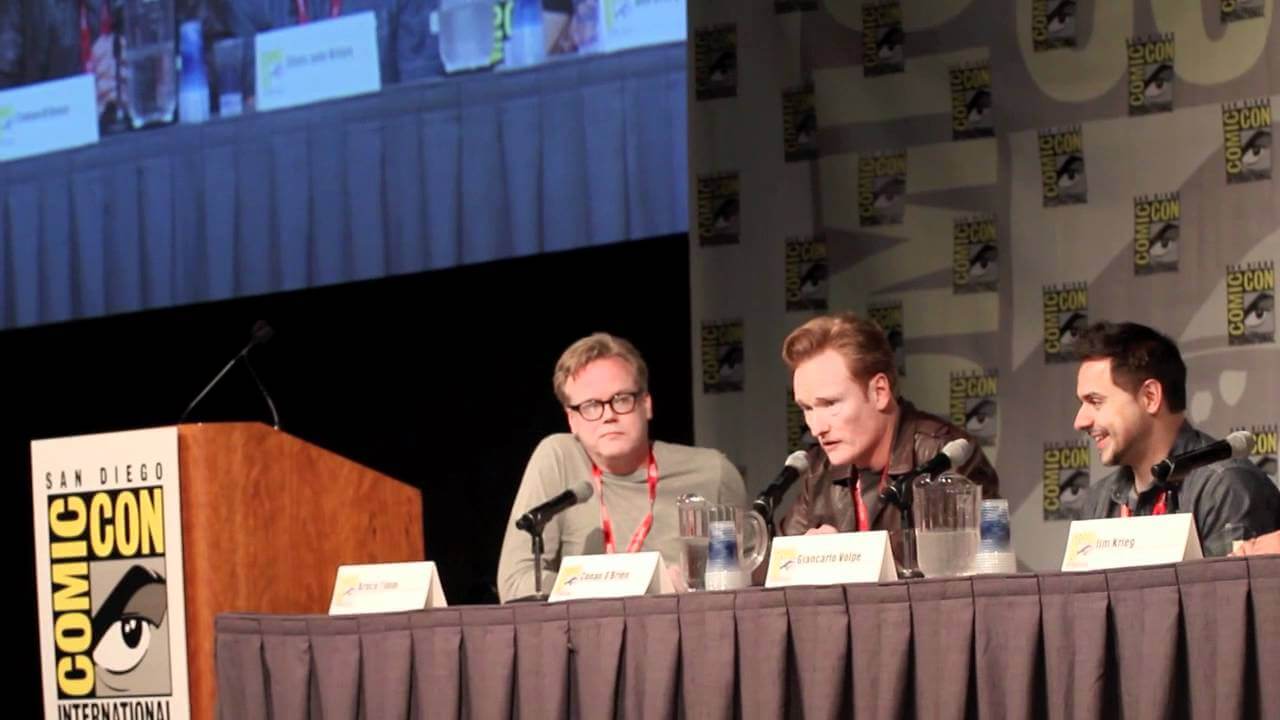 Conan O’Brien has announced he’s taking his TV show to San Diego Comic-Con – but not this year.

“Conan” will broadcast an entire week of shows from SDCC in 2015, with specific dates July 8-12, 2015. The show will be taped at the nearby Spreckels Theater.

O’Brien previously appeared at San Diego Comic-Con 2011, both in the “Green Lantern: The Animated Series” panel revealing the “Flaming C Movie Trailer” and at his own Flaming C art gallery in the Gaslamp District. It’s not known if Conan will make a surprise appearance at this year’s San Diego Comic-Con, which takes place July 17 – 24, 2014.