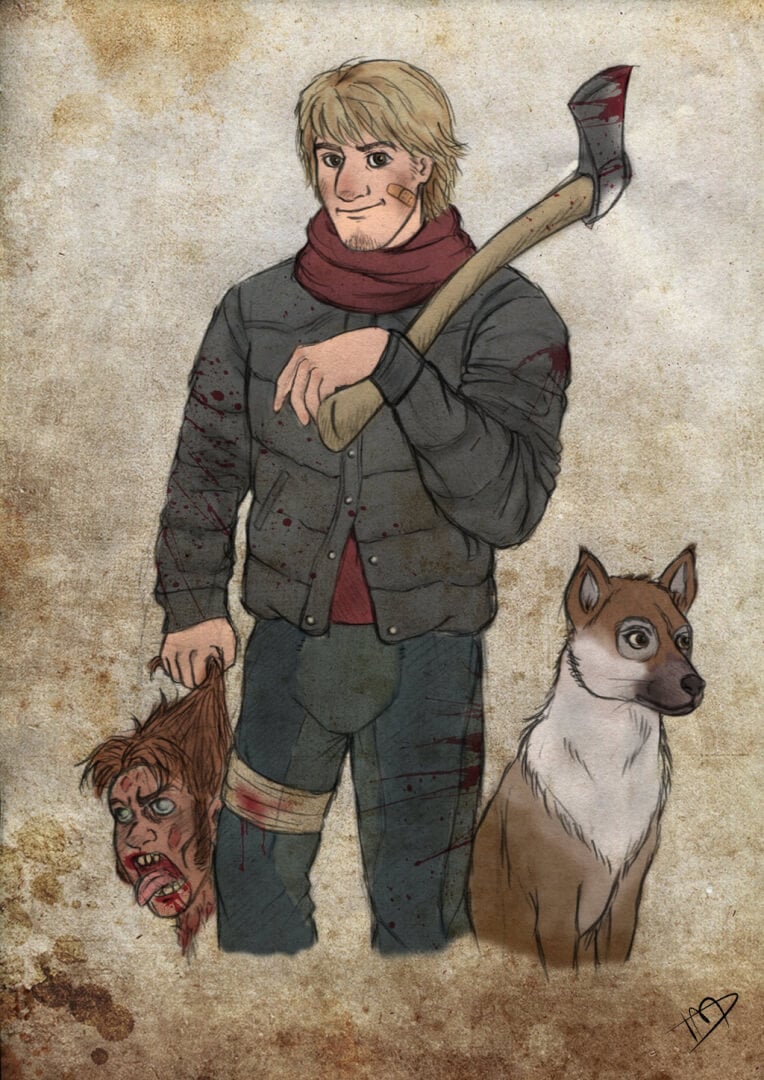 What happens when Disney heroes are immersed in a post-apocalyptic world filled with zombies, fighting to survive like in “The Walking Dead”? Artist Kasami-Sensei asked just that question, creating a series of artwork called “The Walking Disney.”

This is our first installment on Outside the Magic of a new regular series of posts called WHAT IF, each of which will showcase familiar pop culture characters in unfamiliar ways through artwork, cosplay, or other means.

The art below features popular characters including Anna, Elsa, Sven, and Kristoff of “Frozen,” Ariel and Eric of “The Little Mermaid,” Rapunzel and Flynn Rider of “Tangled,” Merida of “Brave,” and some particularly unique twists on Disney Princesses as badass bloodied cheerleaders as well as Pocahontas dragging John Smith around, Michonne-style.

I’m not sure how wearing bikinis helps fend off the undead, but it sure makes for some eye-catching drawings that are distinctly un-Disney. See more of The Walking Disney artwork on deviantART.