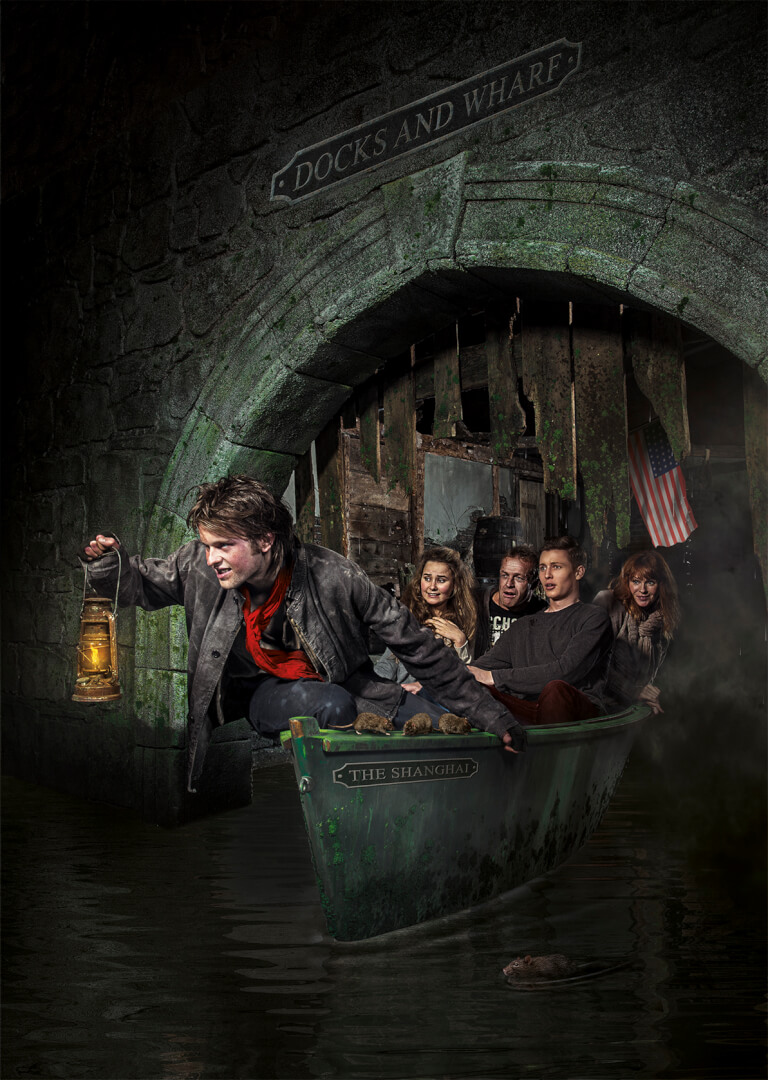 What are Dungeons? Merlins calls them the “ultimate live action journey through the world’s murky past,” a combination of live action shows and rides with a bit of spookiness, comedy, and education.

The new attraction will be located in San Francisco’s historic Fisherman’s, highlighting 200 years of the city’s history with tales from the early missions of San Francisco, through the Gold Rush and to the beginning of Alcatraz. It’ll be a 1-hour experience, taking visitors on a walking tour of nine actor-led shows, with stories told via 360-degree theatrical sets, special effects and even an underground boat ride. Topics include Shanghai Kelly, Miss Piggott’s Saloon, Gangs of San Francisco and Alcatraz. “Against the backdrop of vibrant sets, authentic costumes and detailed make-up, our actors will portray characters from specific periods in history to tell the stories of San Francisco. It will not only deliver scary fun, but provide a walk into the Bay Area’s unique past,” added Gibbs.

The San Francisco Dungeon will open in July, located at 145 Jefferson Street in San Francisco’s Fisherman’s Wharf, a short walk from Pier 39. For more information including hours and admission, visit www.thedungeons.com/sanfrancisco.