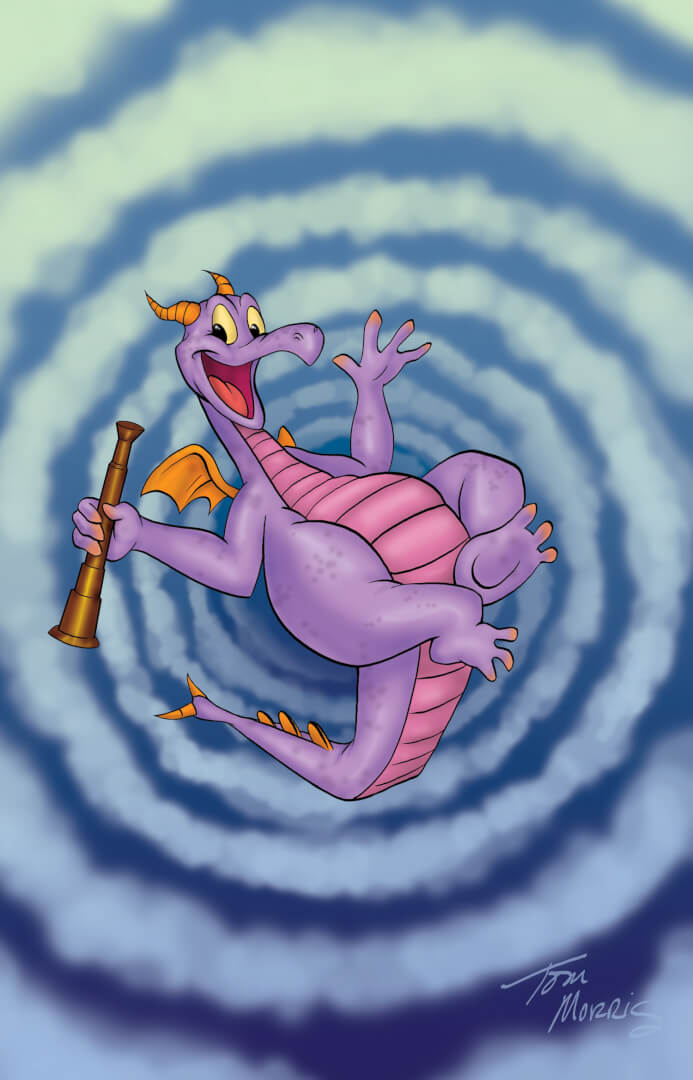 Last week’s unveiling of Figment and Dreamfinder for Disney and Marvel’s upcoming Disney Kingdoms comic simply called “Figment” received a huge response from fans filled with excitement over the return of the beloved Epcot duo.

Today Marvel has provided Inside the Magic with another exclusive, a first look at the variant cover of the first issue! It features Figment, naturally, as drawn by Walt Disney Imagineer Tom Morris. You might remember Tom Morris from my on-ride interview when Radiator Springs Racers first opened at Disney California Adventure. He’s worked on countless attractions during his long tenure at WDI, now a part of the creative group behind the Disney Kingdoms series.

The logo treatment for the comic has not yet been finalized.