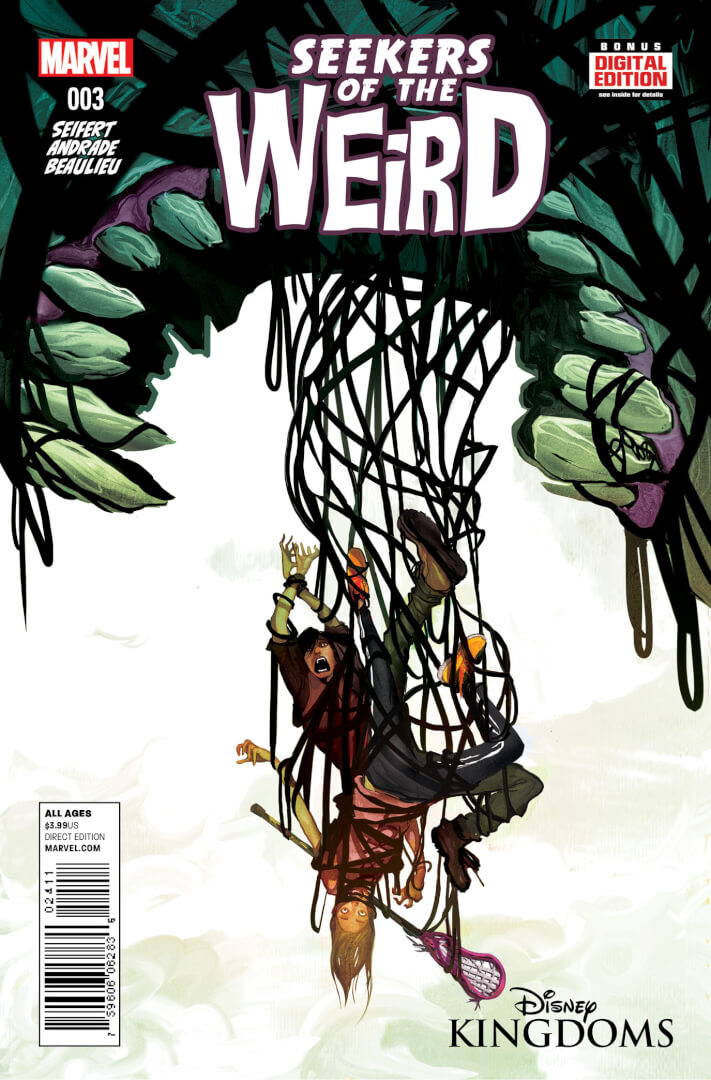 Following the exciting reveal of the upcoming “Figment” comic, Marvel has provided us with a first look at the next issue of “Seekers of the Weird,” the ongoing 5-issue line that’s the first in the Disney Kingdoms series.

Seekers of the Weird #3 delves deeper into darker images as the Museum of the Weird-based comic finds even more creepy characters. And for this issue, artist Felipe Andrade is filling in, offering a bit of a sneak peek for the artistic style that will be used in the next line in the series, though Marvel says the Figment comic will certainly have a brighter tone and atmosphere to it. The regular cover is done by artist Mike Del Mundo and the variant drawn by Walt Disney Imagineer Brian Crosby. Seekers of the Weird #3 will be out Wednesday, March 19.