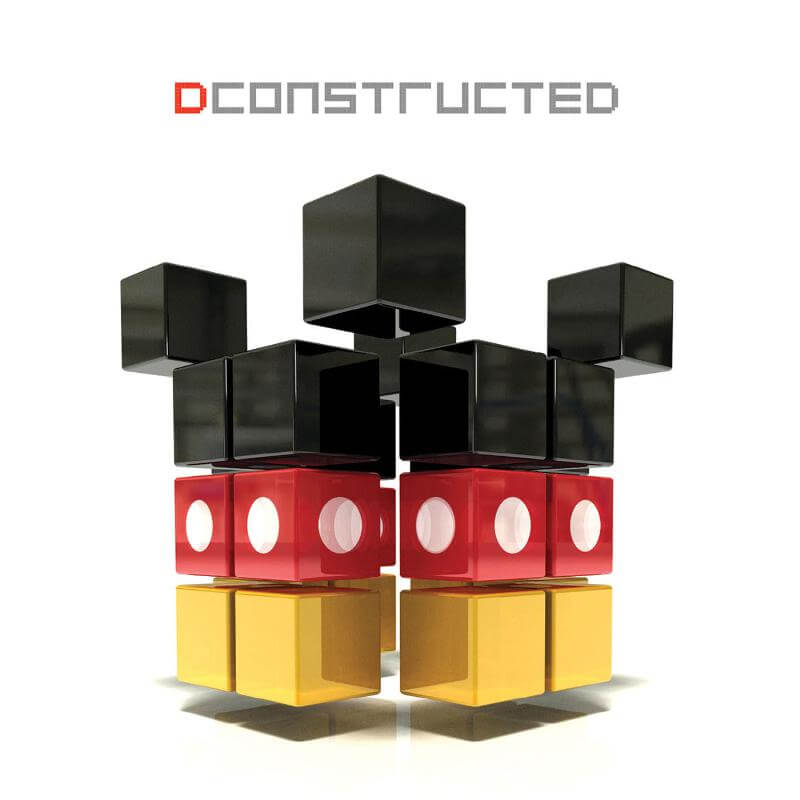 Walt Disney Records has announced the release of a new remix album called “DCONSTRUCTED,” a compilation of classic and current music from the Disney catalog remixed by some of today’s hottest DJs and producers.. The 14-track collection features reworks of material from the multiple films including “The Lion King,” and “Frozen,” along with Daft Punk’s “TRON: Legacy” tracks.

Avicii, Armin Van Buuren and Kaskade are among the electronic dance music talents who have worked on the remixes from “Monsters University,” “The Incredibles,” “The Muppets”, Annette Funicello, “Toy Story,” “Sleeping Beauty,” “Dumbo,” and even the Main Street Electrical Parade theme. Here is the full track listing for “DCONSTRUCTED”:

“DCONSTRUCTED” will be available April 22, 2014. A pre-order is available now on Amazon.