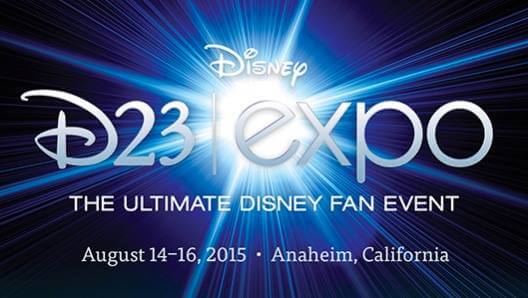 At the Walt Disney Company Annual Meeting of Shareholders today, Disney CEO Bob Iger officially announced the fourth D23 Expo to take place at the Anaheim Convention Center during the weekend of Aug. 14–16, 2015.

Once again all arms of Disney will combine under one roof, including theme parks, television, music, games, and films, including Pixar, the Muppets, Star Wars, and Marvel. D23 says this will be their biggest Expo to date. The 2013 D23 Expo drew more than 65,000 Disney fans for its many presentations, exhibits, and celebrity appearances.

Plans for the 2015 D23 Expo include the 2015 Disney Legends Ceremony, the return of Treasures of the Walt Disney Archives, the Collectors Forum, and much more. The StagePass system will also return, making it easier to be guaranteed seat inside the Expo’s most popular presentations.

D23 Members will receive special pricing on both one- and three-day tickets to the event, which is open to the general public.