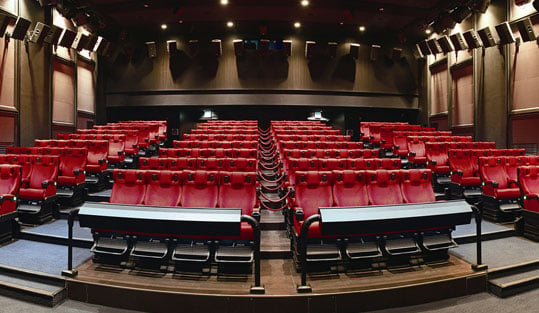 Featuring effects commonly used in theme park attractions, 4DX’s theaters add multi-sensory levels to Hollywood films. The theater will be equipped with motion seats programmed to match on-screen action, along with special effects like wind, fog, scents, lightning and more. Seats have the capability to heave, roll, and pitch along with the film. Similar theater experiences have already rolled out from the company worldwide in 23 countries including Japan, Chile, Poland, Venezuela, Columbia, among others, across 91 theaters. This will be their first 4-D theater in the United States, with around 100 seats.

More information can be found on the 4DX web site.