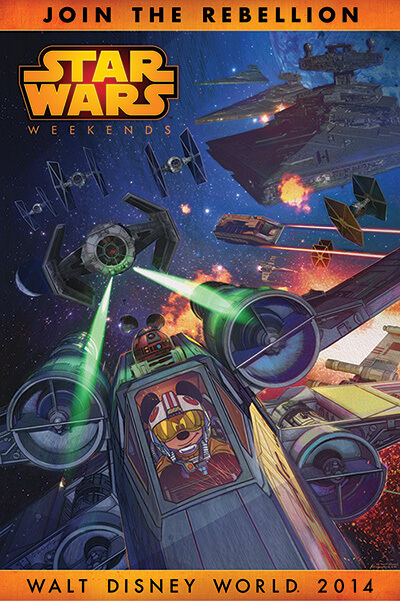 Walt Disney World has announced big changes for Star Wars Weekends this year, with a long even than ever before adding more entertainment.

Though not all the details have been released yet, this year’s event will take place over five weekends instead of four, during the following dates:

Also new this year, a fireworks show will be displayed every night of the event featuring Star Wars music, similar to the “Symphony in the Stars” Disney displayed for Limited Time Magic last year on May the Fourth:

Disney has also revealed that a “new evening experience” on Hollywood Blvd will be part of the weekends, but didn’t specify what exactly that will be or if it will replace the long-running Hyperspace Hoopla.

James Arnold Taylor will once again host the weekend, wrapping up his intergalactic adventure as the voice of Obi-Wan Kenobi on “Star Wars: The Clone Wars.”