Pantopia to add more than thrills to Busch Gardens Tampa with new show, eats, shopping alongside Falcon's Fury ride - Inside the Magic

Busch Gardens Tampa has detailed the shopping, dining, and entertainment options guests will have when stepping into Pantopia, opening later this year.

Replacing the Timbuktu area of the park, Pantopia will be a fully remodeled land featuring the thrilling Falcon’s Fury freestanding drop tower, sending riders plummeting 335 feet straight down to the ground at up to 60 mph. But Pantopia will feature much more than just this rush of adrenaline. 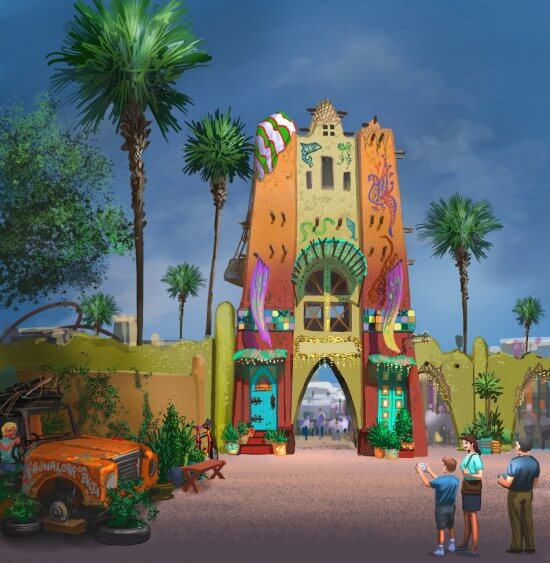 The story of Pantopia tells the tale of a strange and mystical Key Master, dropped from the sky at the new Key Gate entrance to the area. Remnants of his hot air balloon will be found in the area. Once inside, Pantopia’s doors tell the history of the travelers that have come before and who are residing in this land.

From there, Transportation Plaza will feature kinetic sculptures made from tuk tuks, trucks, planes, bikes and wagons travelers have left behind. Botanica will contain intricate botanical sculptures with flowing patterns of animal feathers, fur and scales, representing all the elements of Busch Garden’s newest land. The Sitting Place is a modern-day watering hole with twinkling lights and lanterns lining the trees offering shade. 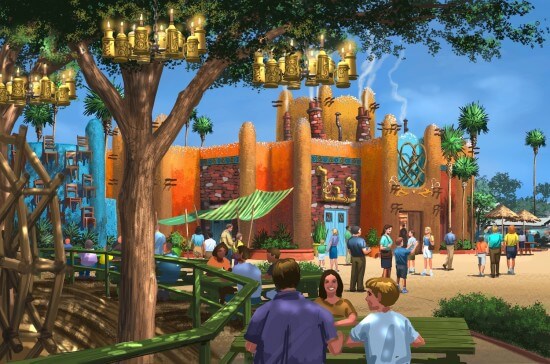 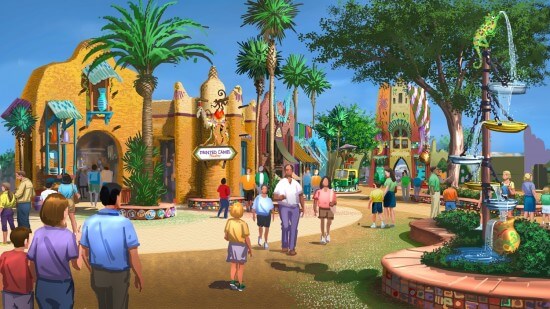 The Pantopia story continues with an explorer named Frosty Krystallos who crashed his plane into an old shed, which he rebuilt as Lynx Frozen Treats, ready to sell snow cones, smoothies and other sweet and salty treats.

Twisted Tails Pretzels will also be found in Pantopia, featuring pretzel sandwiches, pizzas, pretzel dogs and an expanded assortment of craft beers, as well as other beverages and snacks.

Other eats to be offered when Pantopia opens will be kettle corn, other flavored popcorns, turkey legs, potato twisters and chicken strips.

Beyond Falcon’s Fury, the Scorpion and Phoenix rides will remain, as will the carousel. 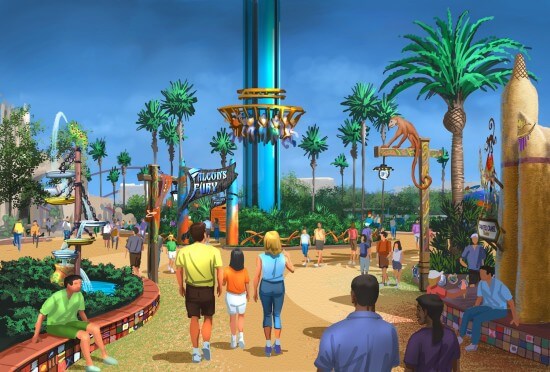 A new show called Opening Night Critters will features both domestic and exotic animals in the newly-renovated Pantopia Theater, featuring many animals and a fun-filled, furry and feathered finale.

Pantopia and Falcon’s Fury will open some time this spring.