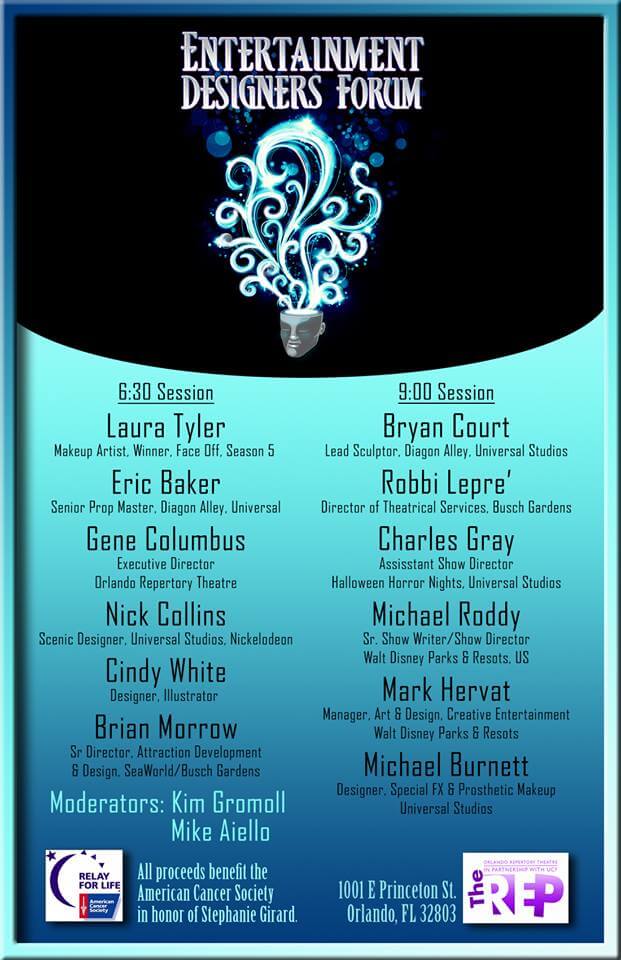 The always incredible Entertainment Designer Forum is returning once again to Orlando in a couple weeks, bringing together fans with top theme park designers, artists, and performers for two panels of information and plenty of laughs.

This year’s Entertainment Designer Forum will be held on March 7th at the Orlando Rep Theater with tickets available now via the event’s Facebook page, $25 per panel or $45 for both. An extensive auction of exclusive collectibles and experiences will also be part of the event, now in its fourth year. 100% of all proceeds are donated to the American Cancer Society in honor of late theme park designer Stephanie Gerard.

The full lists of both sessions’ panelists are below. Unique auction items this year include jackets from the now-defunct Nickelodeon Studios and the opening of Islands of Adventure as well as an assortment of Halloween Horror Nights goodies like artwork, props, and media gifts. Between sessions, many of the panelists hang around to mingle with attendees while the silent auction bidding finishes up. It’s a great chance to chat with talented designers, learn a lot about the industry, and simply enjoy an evening with fellow theme park fans.

Comments Off on Entertainment Designer Forum returns to Orlando adding artists from “Harry Potter,” “Face Off,” and top theme parks