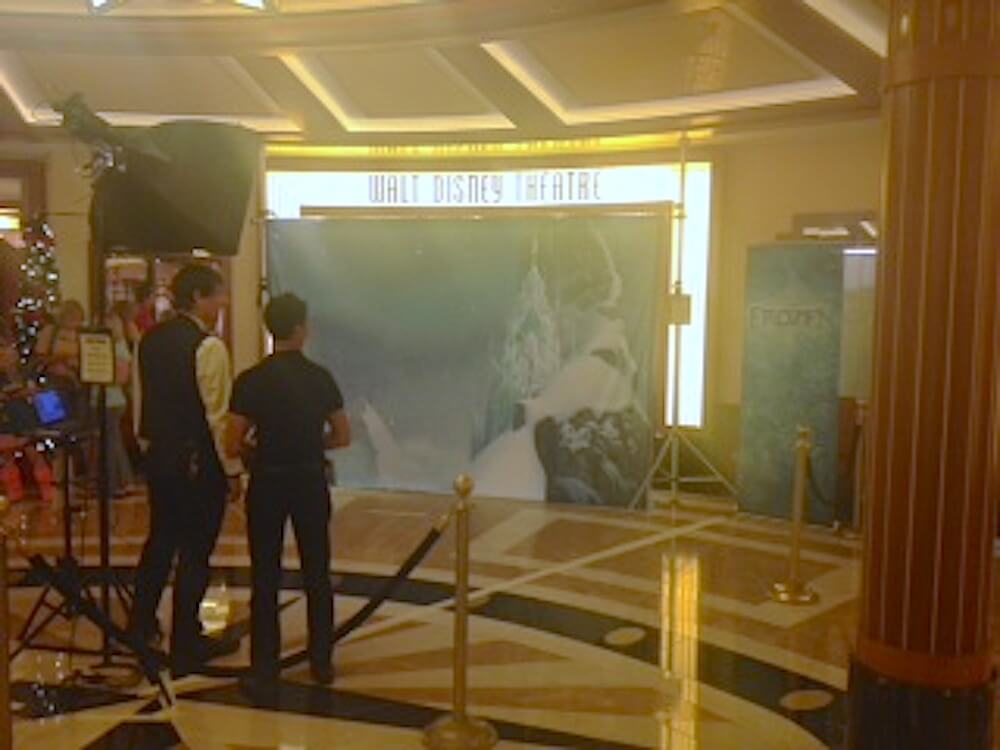 One of the perks of sailing on a Disney cruise when a new movie is released is easily seeing its debut without any additional cost. Playing aboard the the Disney Fantasy last night at midnight was “Frozen” and joining the cast of characters on the ship was Princess Anna, eager to meet and greet with fans at sea for the first time. Her costume looked a little different than her appearances in Disney’s theme parks so far, not wearing her signature overcoat, which she’ll apparently be receiving soon. She now meets guests in front of a fitting backdrop in front of the Walt Disney Theatre as “Frozen” continues to play regularly on the Fantasy, allowing passengers to see it as many times as they wish. Thanks to Christopher for the photos!

Comments Off on PHOTOS: Princess Anna meets guests at sea as “Frozen” debuts on the Disney Fantasy cruise ship