The Happiest Place on Earth just got a whole lot grumpier. Internet-famous Grumpy Cat made a special appearance at Disneyland today as part of their latest promotion dubbed “Disney Side,” in which fans are invited to show off their own Disney-inspired styles.

Various social media stars showed up at the theme park during today’s special event to meet and greet with park Guests, including YouTubers Mike Tompkins, Tiffany Alvord, Reality Changers, and Mindy McKnight CuteGirlsHairstyles.com. But the standout star amidst the crowd of “celebrities” was Grumpy Cat, who came face to face with Grumpy (of Disney’s Seven Dwarfs) earlier today. 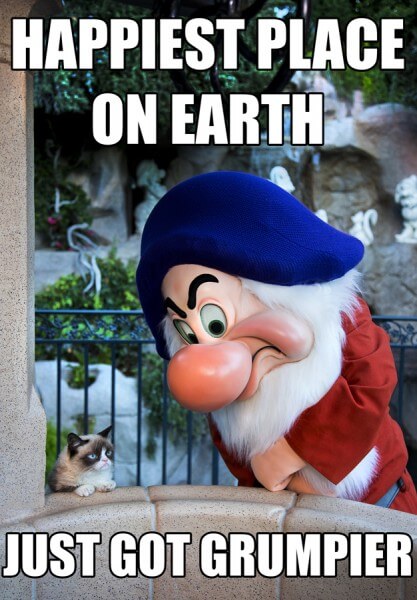 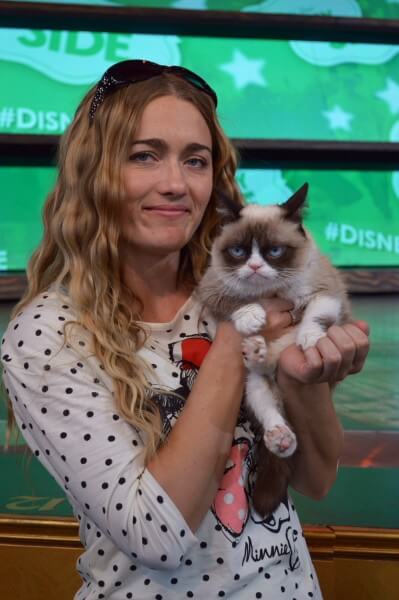 The social media stars first gathered in front of Sleeping Beauty Castle to take selfies with Disney characters, including Mickey Mouse. The group image was captured to create a unique moment at the “most Instagrammed” place in the United States. 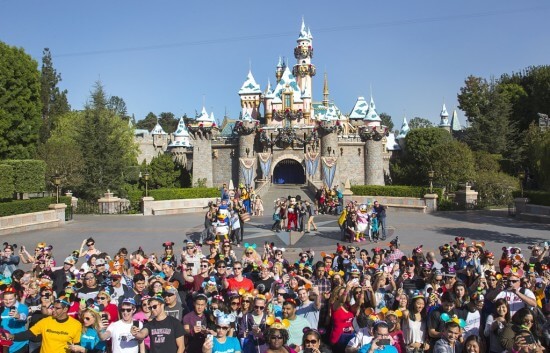 “Everyone has a Disney Side – that more fun-loving, adventurous side that comes out to play at a Disney theme park,” said Leslie Ferraro, executive vice president of global marketing. “We invited these Internet artists to express their Disney Side, and they delivered with creativity, humor, and a real passion for our parks.”

The event brought attendees into the Fantasyland Theater for special performances and appearances. 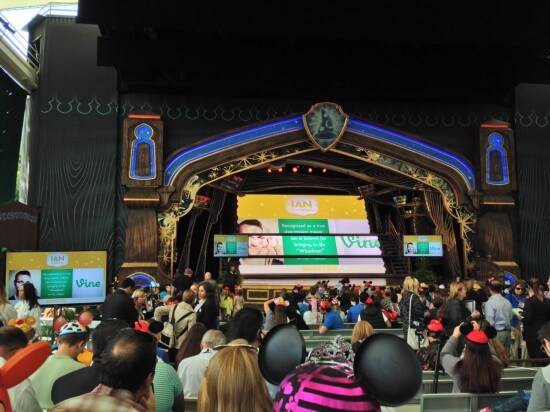 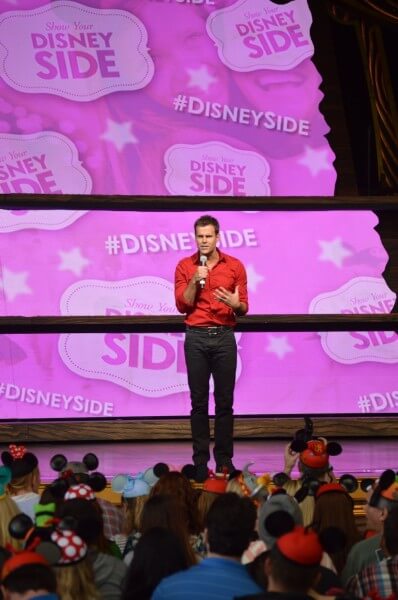 Then Tiffany Alvord sang her take on “it’s a small world” alongside Goofy. Alvord, 20, has more than 1.5 million subscribers to her YouTube channel, and her videos have been viewed more than 350 million times. She has recorded two albums of original music and performed before 2 million people in Times Square on New Year’s Eve. 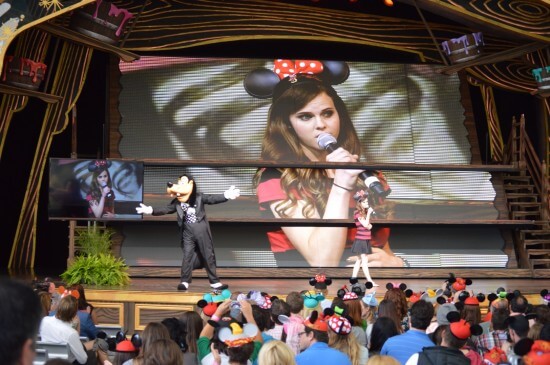 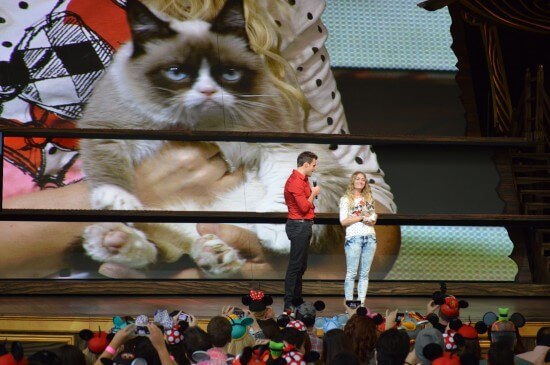 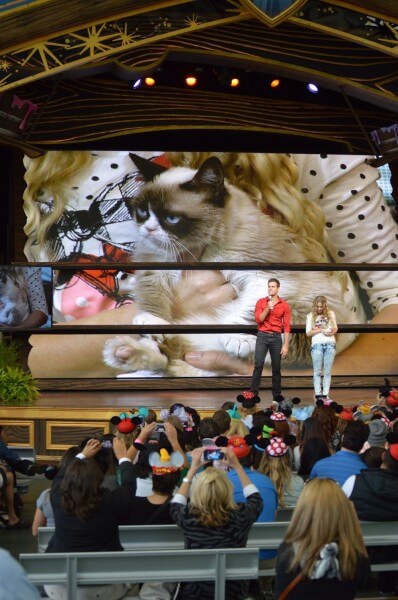 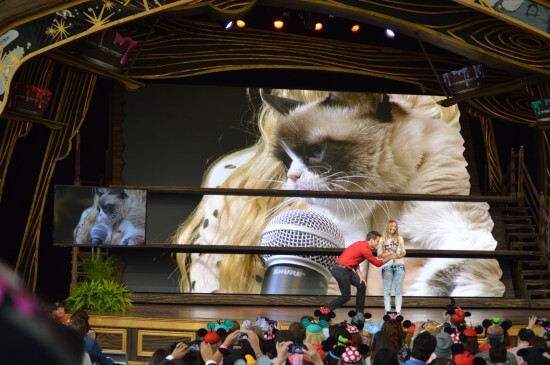 Grumpy Cat’s real name is Tardar Sauce, born on April 4, 2012 – a star six months later when a feline photo was posted on the social news site Reddit. The kitten with the permanent scowl quickly became a social media phenomenon. “The Official Grumpy Cat” on Facebook has nearly 2 million followers, and the official Grumpy Cat book was just published. Grumpy Cat was featured on the front page of The Wall Street Journal and New York Magazine and has appeared on network TV morning shows.

Next on stage were Reality Changers, Jorge and Alexa Narvaez. The San Diego father and daughter became Internet sensations with a video of Jorge and Alexa, now 8, performing “Rolling in the Deep.” That first video received millions of views. Since then, Jorge and Alexa – who sometimes perform with a little sister, Eliana – have released a series of videos, performed on The Ellen Degeneres Show, and had their music featured in an automobile commercial.

Video: Reality Changers perform at Disneyland with Woody and Jessie 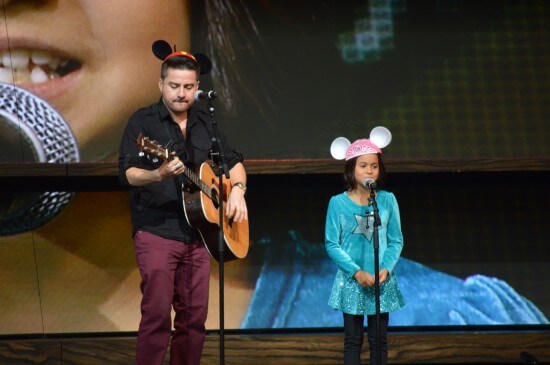 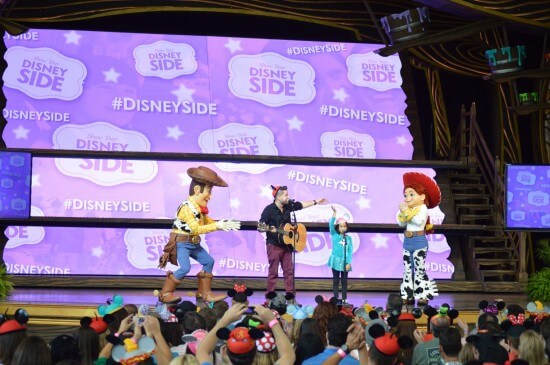 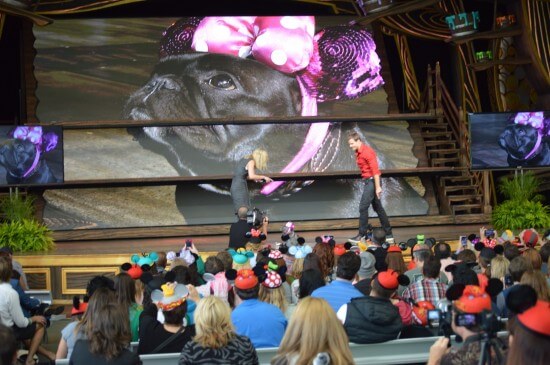 Mark Malkoff arrived in search of a princess. 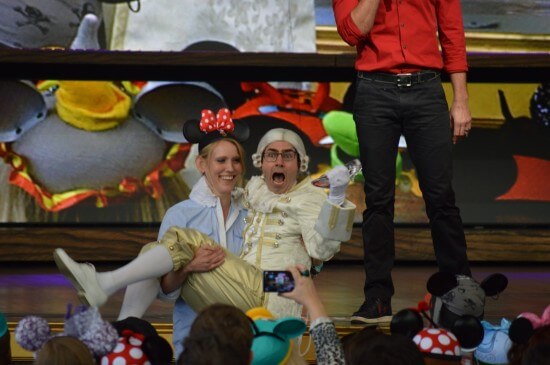 Lastly, Mike Tompkins sang “When You Wish Upon a Star.” Tompkins, 24, is a singer/songwriter whose ability to orchestrate songs with only his voice has amazed audiences worldwide – and online, where his videos have accumulated more than 130 million views in the last three years. 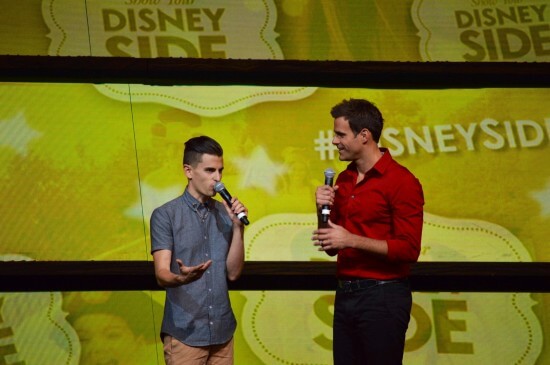 And with that, Disneyland officially launched the Disney Side promotion with a little help from Mickey Mouse. 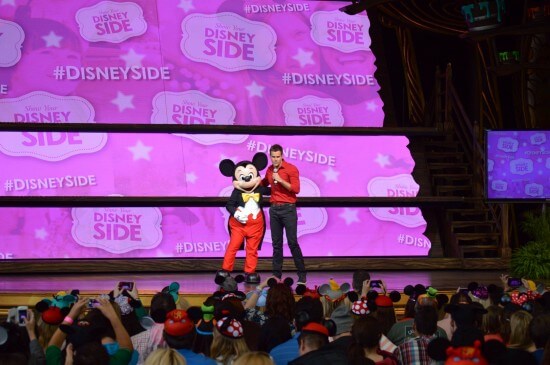 Disneyland then offered event attendees a brief chance to meet with the social media stars, including those mentioned above, plus the Ridiculously Photogenic Guy and a few others. Grumpy Cat’s line instantly became the longest, getting cut off quickly after opening, leaving the rest of the Guests visiting with the other e-celebrities.

So what was the point of all of this, aside from offering around 700 Guests a chance to meet a few online pseudo-celebrities?

“Disney Parks fans are so active on nearly every social channel,” Ferraro said. “We wanted to inspire some of the Internet’s most popular creators to produce content that reaches Disney Parks fans on their favorite online platform – whether it’s YouTube, Vine, Instagram or Pinterest.”