Separating itself from a world of theme park Halloween events, a new Central Florida haunted house has opened in Winter Haven, Florida scaring up huge crowds with its attention to gory details.

The Shallow Grave is located roughly an hour from Walt Disney World, Universal Studios and Busch Gardens, set up in a dark warehouse attracting hundreds of victims each night. Its story surrounds cemetery caretaker Thaddeus Van Buren who turned into a crazed cannibal after falling on hard times. A visit to his house guarantees a sinister experience.

On the evening I was to enter the dark world of The Shallow Grave, Thaddeus had welcomed a special guest who was dying to poke around inside his brain, Playboy model Amber Sym. She managed to emerge from the haunted house experience with a smile on her face, much as I did. 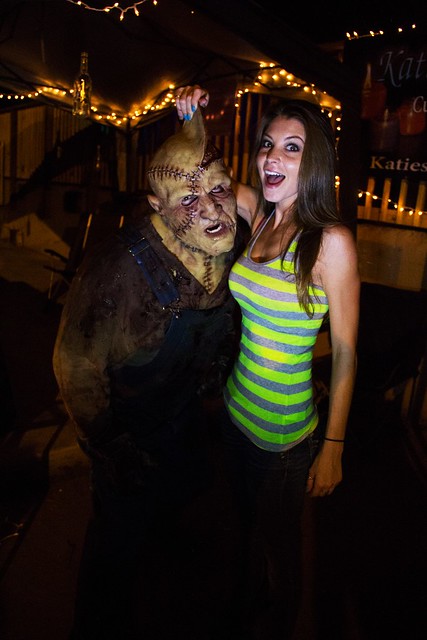 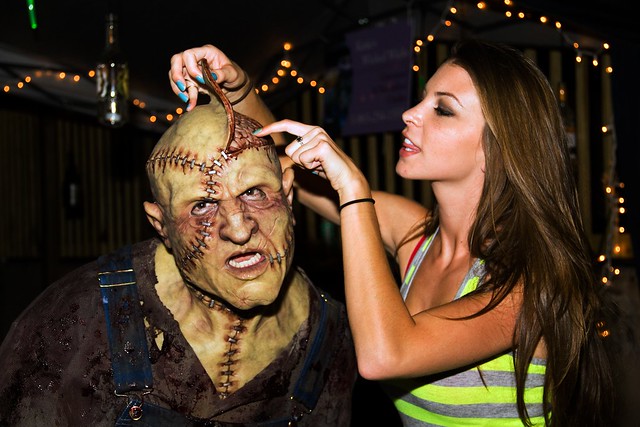 But not every encounter with Thaddeus ends so well, with many leaving filled with nervous laughter. Or, worse yet, some visitors to The Shallow Grave have even emerged having wet themselves with fright. It’s no exaggeration, as I witnessed it first hand while there.

What makes The Shallow Grave unique is not its theme or even its characters, but rather the gruesome nature that permeates each and every scene. Packed with gore, the sets of this haunted maze are the stars, amplified by the performers within them. Its actors seem to pop out from every angle, some crawling, some overhead, and the rest angrily emerging from the most unexpected places. When entering, signs note that visitors will probably be touched, but no guarantees. In my case, I was most definitely touched – repeatedly. 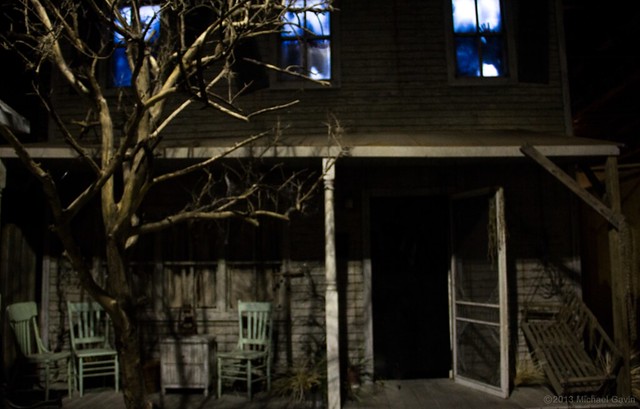 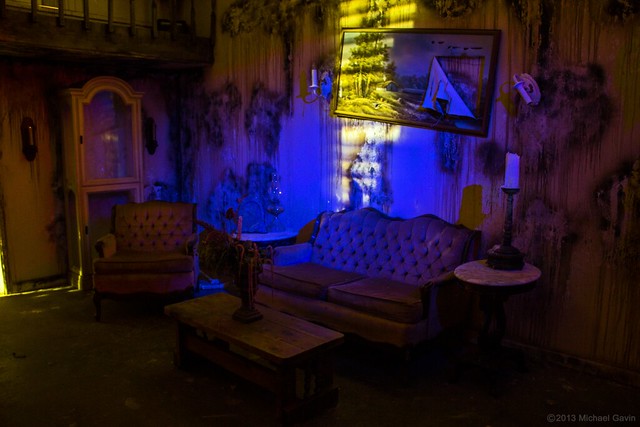 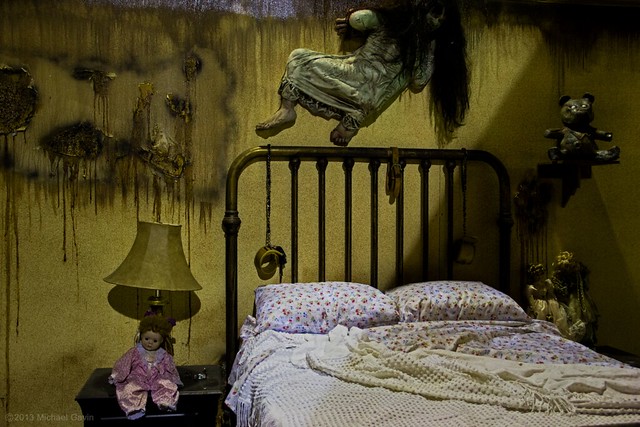 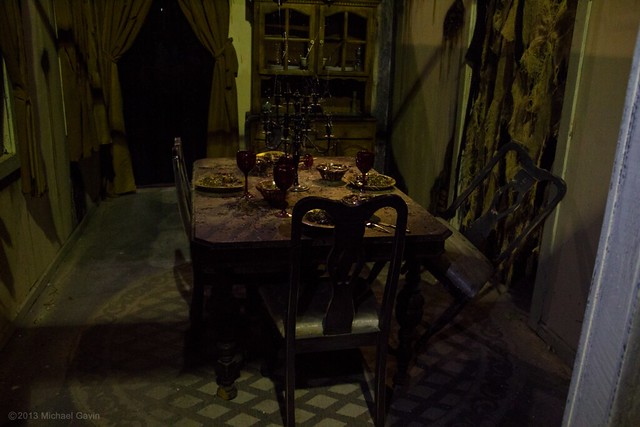 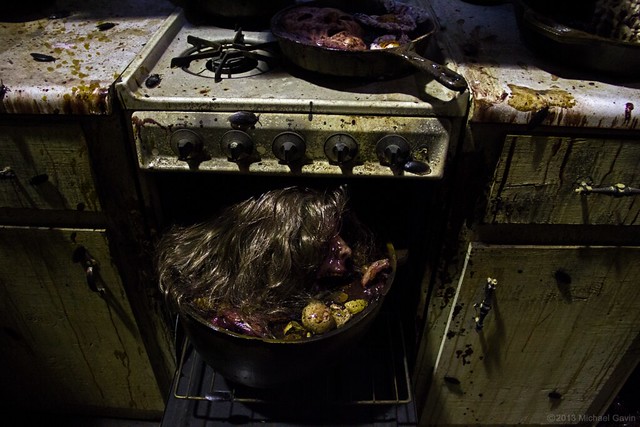 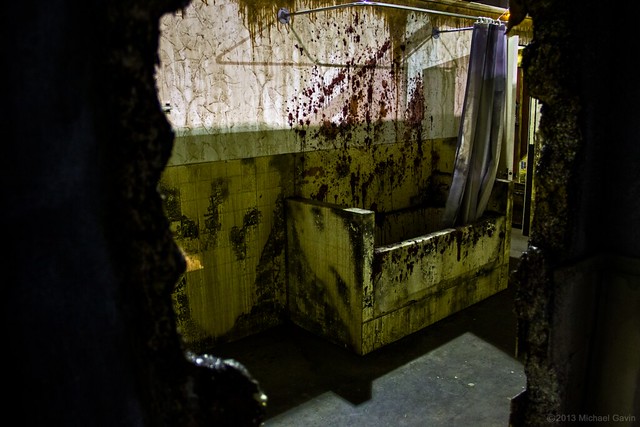 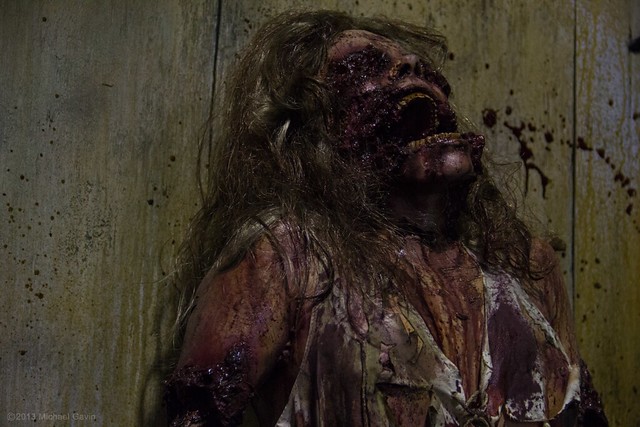 Many of the scenes are also filled with special effects, including video screens, falling objects, puppets, and large animatronics that manage to completely hide in dark corners, invading personal space when they do appear.

And this is only the beginning for The Shallow Grave, with a second maze well into construction and a third on the way after that. The owners say these new experiences will be ready by Halloween 2014 – and possibly even sooner for a few special engagements. Though The Shallow Grave is a seasonal experience, its creators will be working on it year-round, opening it whenever the time is right.

For now, The Shallow Grave concludes its 2013 run on November 2, leaving just six more nights this season to get your scare on.

More information can be found at TheShallowGrave.com.

More photos of The Shallow Grave:
(Photos by Michael Gavin)