In just 11 days, terror will sweep across Universal Studios Florida when Halloween Horror Nights 2013 officially kicks off. But eager fans of the annual event can already wrap themselves in its story as Universal Orlando has officially launched its online interactive web site, Legendary Truth – The Collective.

Though Legendary Truth has been around for several years at Halloween Horror Nights, anyone can join in the new experience this year, starting now online and taking place in the park once the event begins. Its home is at hhn23experience.com as well as on Facebook. 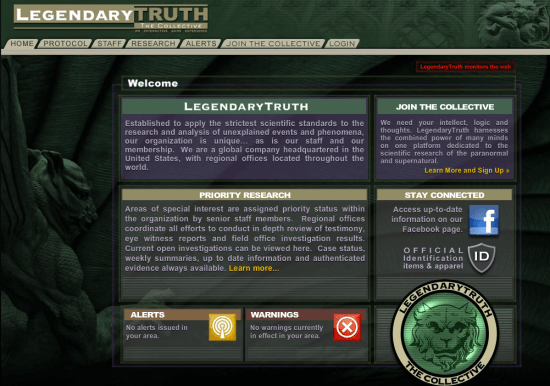 Online visitors are welcomed with an ominous voice describing the history of the Legendary Truth organization, which the site describes as being “dedicated to the scientific analysis of supernatural events and paranormal activity.” Those who sign up will “become an active operative investigating the multi-level mysteries of this year’s event” across games, riddles, and tasks. 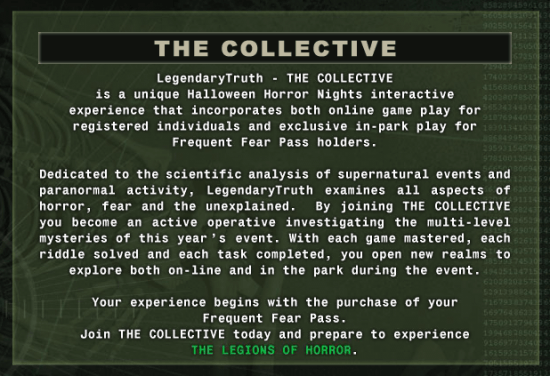 The Legendary Truth online games have not yet launched this year, but last year were a combination of skill and luck that gave Horror Nights fans a chance to join “Legions of Horror,” earning points while competing against each other. This year Universal intends to take that even further, adding more advanced online and in-park gameplay, allowing those who hold Frequent Fear Pass tickets to earn points by completing tasks during the event, but also offering chances to help and hinder their fellow players.

Once logged in, players have access to “The Mansion,” a multi-level area of the Legendary Truth web site that will eventually unlock gameplay to earn points. 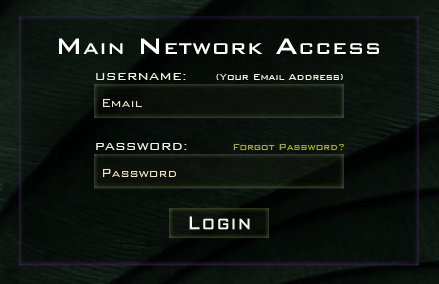 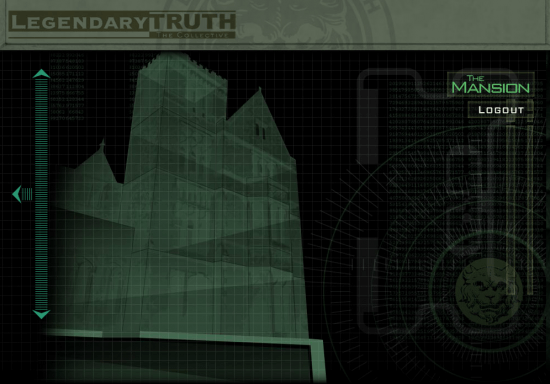 As outlined during a presentation during a recent Halloween convention, Universal is using RFID technology to plus the experience of walking through Halloween Horror Nights haunted houses, letting players check in at locations throughout the park, even hunting for roaming characters holding scanners to register their presence.

Players will be able to identify each other and team up in the park by way of new Legendary Truth apparel, available for purchase from Universal Orlando’s online store. 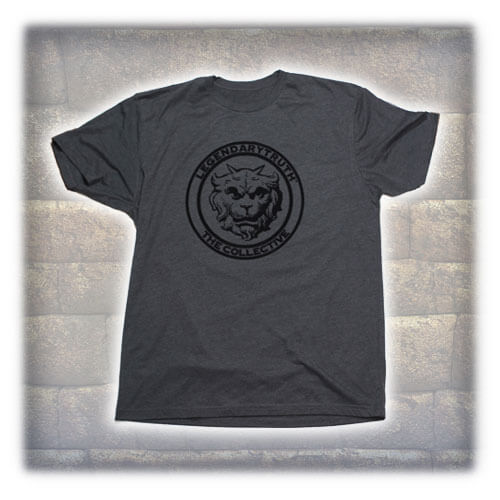 Collective members will also receive messages that aid in unraveling the greater mysteries of Halloween Horror Nights 2013, including emails that began several weeks ago. This year’s story seems to tie in Renaissance artists and inventors, particularly Leonardo da Vinci and his Codex of scientific works. 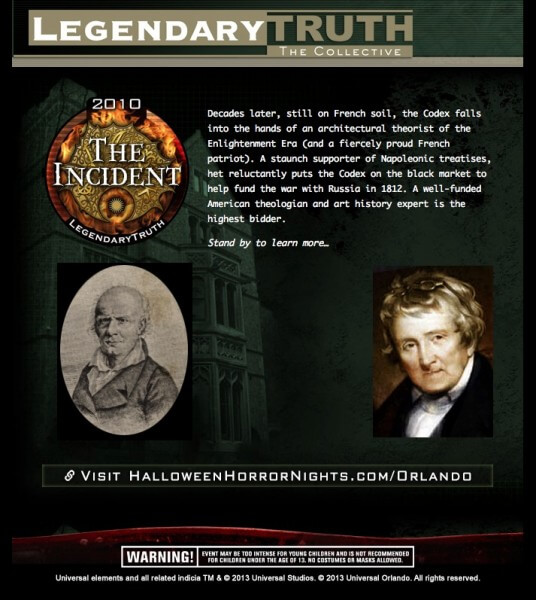 The team behind this Halloween Horror Nights experience prides themselves on being particularly cryptic, but never releasing information without a reason. Somehow the series of emails, Facebook posts, online games, and in-park activities will all tie together for a richer, fuller experience for those who frequent the nighttime event. By no means is any of it required to enjoy Halloween Horror Nights, but it is an option available for those looking to make the most out of their hours spent returning to the event night after night.

Anyone can sign up to play the games online but only those who purchase a Frequent Fear Pass can also join in the enhanced interactive experience in the park, beginning September 20, 2013.