After traveling more than 2,800 miles from New York City’s Times Square, the world’s largest LEGO model is now on display at LEGOLAND California Resort. The life-size LEGO Star Wars X-wing starfighter has been assembled by the theme park’s Master Model Builders inside a hangar to be on display for Park guests to enjoy through the rest of 2013.

Weighing more than 45,000 pounds and created from five million LEGO bricks, the massive model arrived in six freight trucks which hauled the 1:1 replica X-wing model across the country. The X-wing is 11 feet tall, stretches 43 feet long and has a wingspan of 44 feet. 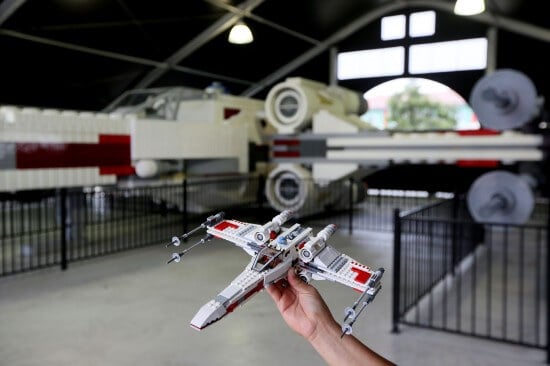 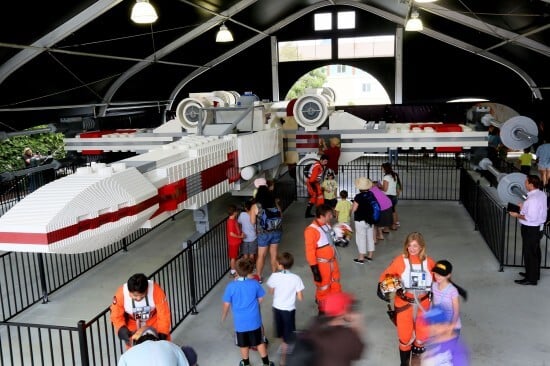 The X-wing is the marquee attraction at this Park’s annual LEGO Star Wars Days, a two-day event held this weekend, June 15 and 16, attracting fans of all ages dressed as their favorite Star Wars characters. Guests can spend the days participating in activities like the Droid Hunt, Star Wars Costume Contest, Jedi Trivia, Star Wars T-shirt contest, building competition and interacting with members of the 501st Legion of Stormtroopers and Rebel Legion, who were also in attendance for the official unveiling of the X-wing. 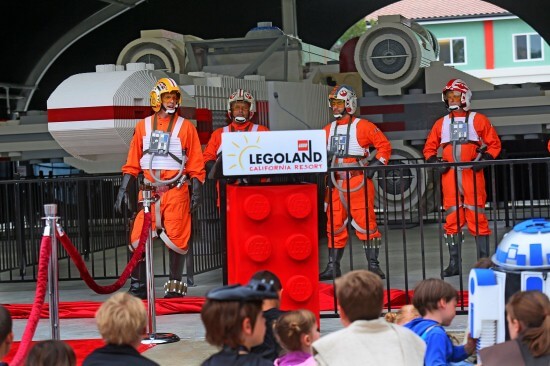 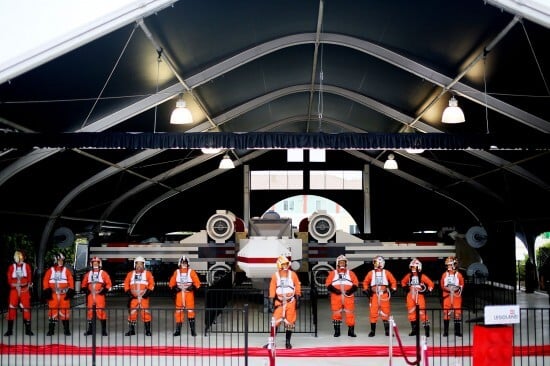 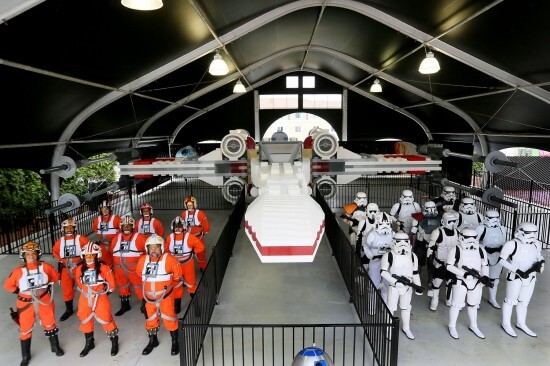 “At LEGOLAND California we are constantly urging children to build upon their dreams and use their imaginations,” said LEGOLAND California Resort’s Model Shop Supervisor Tim Petsche. “Model Builders took their imagination to the extreme when building this X-wing and once our Park guests see how amazing it is, they’ll also see there’s no limit to what you can build with LEGO.“