Just two months after the Disney Magic cruise ship returns to the waters with extensive upgrades and enhancements, Turner Classic Movies (TCM) is preparing to hit the high seas once again for the third TCM Classic Cruise.

From Dec. 8-13, 2013, the cruise will take place aboard Disney Cruise Line’s first ship, leaving from Miami with stops in Nassau and Castaway Cay. 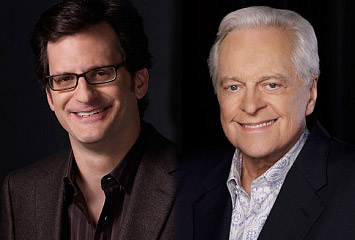 TCM host Robert Osborne announced the news about TCM’s upcoming cruise during his closing remarks for the 2013 TCM Classic Film Festival, which welcomed 25,000 of movie fans from all 50 states and other countries for four days of screenings, guest appearances, panel discussions and much more.

“This past January, we had a wonderful time on our second TCM Classic Cruise, which featured special guests Debbie Reynolds, Mickey Rooney, Arlene Dahl, Sally Ann Howes and Norman Lloyd, along with the hilarious Rich Little and game show host Alex Trebek,” Osborne told the crowd just before the closing-night screening of Buster Keaton’s silent comedy classic The General (1926). “We chose the Disney Magic for our next cruise because of its state-of-the-art theater and other remarkable, newly renovated facilities. TCM fans should start making plans to join us for what it certain to be the trip of a lifetime.”

Along with Osborne, TCM host Ben Mankiewicz will also be on board the special cruise along with many yet-to-be-revealed special celebrity guests.

Video: A look back at the second TCM Classic Cruise from January 2013

TCM hosts and Hollywood legends will be featured in panel discussions and Q&A sessions along with film screenings, music, dancing and classic movie trivia contests.

Prices per person start at $647 up to $2,145, depending on the room type and occupancy, and include access to all screenings, presentations, activities and entertainment in addition to the amenities of the Disney Magic.

Tickets will go on sale to the public on Monday, June 3, 2013. More information can be found at TCMCruise.com. 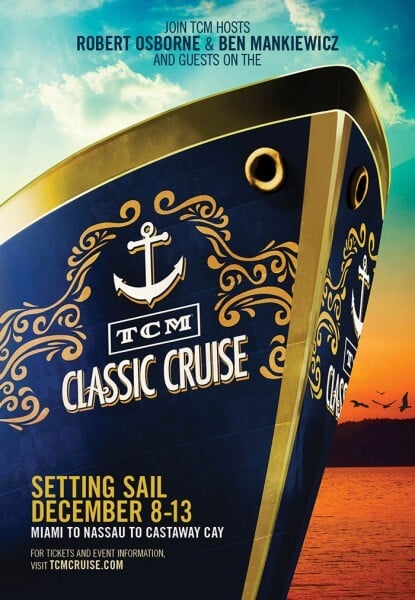