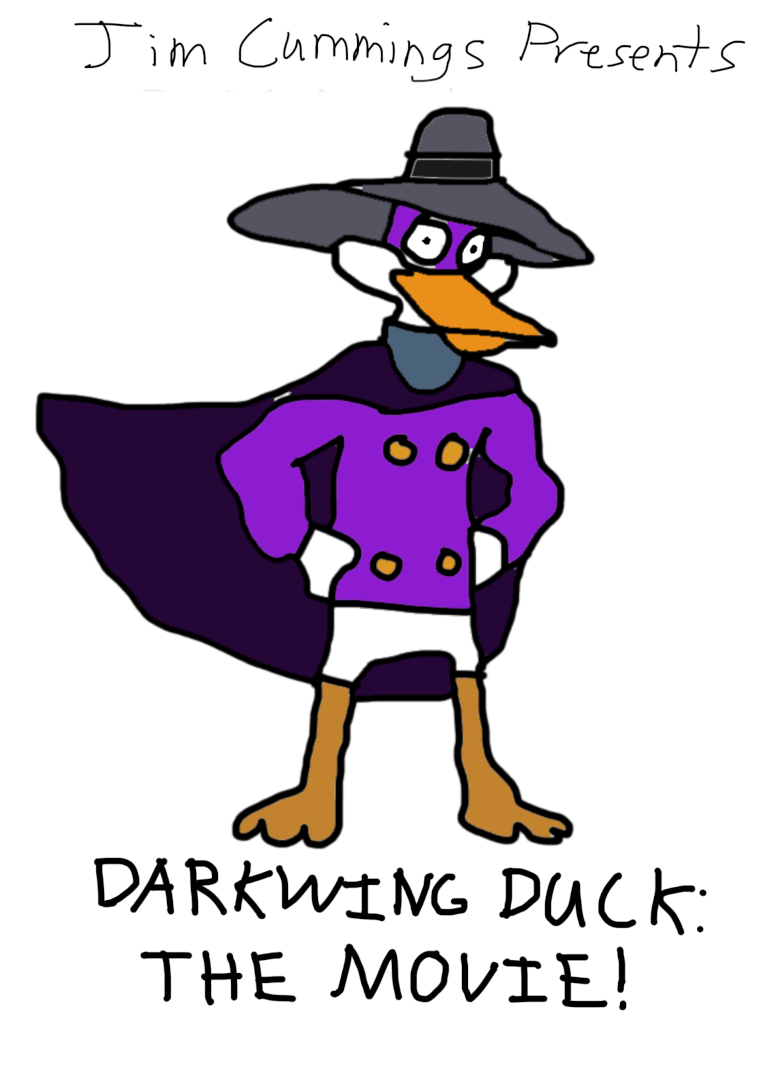 In the wake of the unprecedented success of the “Veronica Mars” movie Kickstarter project and just in time for April Fool’s Day, the comedy stylings of Funny or Die offers Kickstart or Die, proposing a series of beloved television revivals including – Darkwing Duck!

Jim Cummings, the voice talent behind the Terror that Flaps in the Night (and Winnie the Pooh and Chip ‘n Dale Rescue Rangers, and DuckTales, and Teenage Mutant Ninja Turtles, and… the list goes on and on) delivers his famous voice for the first time in years in the most hilarious way possible:

I’m here to give the people what they want, feature length Darkwing Duck film! There are a few people who don’t want this movie: Disney, The voice actors, My friends and family. I do know that the FANS want it. Please chip in and I can make this movie all by myself! LET’S GET DANGEROUS!

Sadly, this is not a real Kickstarter project. But it should be.

Other parody Kickstart or Die campaigns include the return of Disney/ABC shows Dinosaurs and Family Matters.