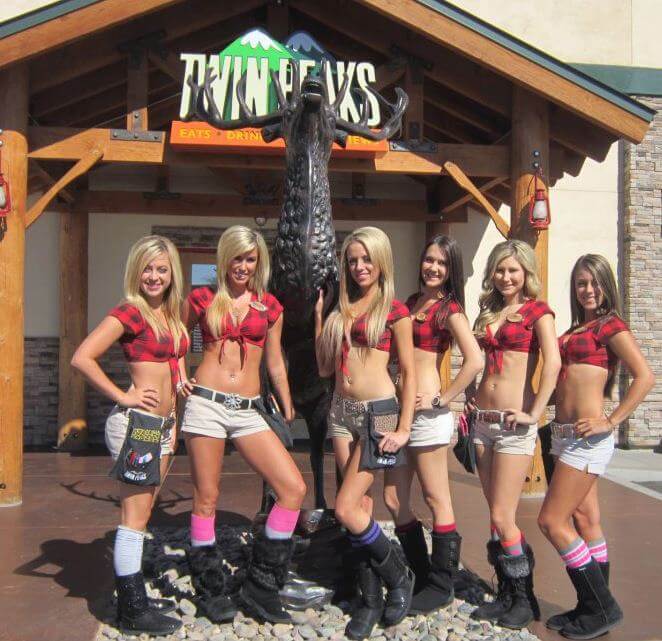 A new restaurant called Twin Peaks is moving in to International Drive bringing “scenic views” to Orlando. The restaurant will be opening in May in the former location of Kobe Japanese Steakhouse, which relocated up the road.

They have released a rendering of the spot’s rustic new look: But this being Florida, there certainly aren’t any mountains around International Drive to provide any lush landscapes. So what are the “scenic views” Twin Peaks promotes? Well, the photo below should make it pretty obvious. Twin Peaks is owned by former Hooters executives, naturally, who branched off to launch their own chain. More than 30 locations are currently open around the United States, with another 11 announced, including this first Florida one. And with a menu featuring items like the “Mile High Club,” it’s clear this restaurant is aimed at adults, though children are welcome inside. But it’s a far stretch from the usual family audience most Orlando establishments aim for.

Right now, the new establishment is still under construction, as is evident from the preview photograph posted to their Facebook page: When open, the restaurant will be home to a variety of special events throughout the year, most of which involve their Twin Peaks Girls dressing up (barely) in themed outfits, like for Black Friday, Talk Like a Pirate Day, or even a screening of the Victoria’s Secret Fashion Show. And bikini contests are held each year. Need more visuals? Check out their photo galleries. And visit TwinPeaksRestaurant.com to also browse their menu.