When Disneyland announced their “Spring Fling” Limited Time Magic offering, they said it would include the Easter Bunny, Mickey Mouse, Minnie Mouse, the Dapper Dans – and “some Disney friends.” But few expected the special bunny hop dance USA to include a beloved, long lost character.

Roger Rabbit hopped onto Main Street USA as the surprise star of the show, leading excited guests in the classic Easter dance. In the park twice a day from March 25 through today, Easter Sunday, March 31, 2013, this rare character appeared for just eight minutes at a time, leaving a mob of frantic fans surrounding him with cameras, trying desperately to get a picture with the famous star of 1988’s “Who Framed Roger Rabbit?”

It’s the first time Roger has been up close with Disneyland guests in around a decade, though he did make a brief, one-night-only appearance during the 20th anniversary performance of Fantasmic! in May 2012, waving from the show’s riverboat.

We sent Jeremiah Daws to brave the Easter weekend crowds in search of this rare Roger Rabbit appearance, who brought back the video below showing Roger’s third-to-last appearance at 6pm yesterday, March 30.

Most excited among the group of eager fans were a pair of children whose mom flew them in from the east coast just to see Roger Rabbit. They had heard at the last minute he was in the park this week and hopped a plane just to meet him, not leaving his side for the entire bunny Hop.

The special Limited Time Magic Easter float appeared in Town Square 30 minutes before performances of Mickey’s Soundsational Parade with the Dapper Dans singing Easter and springtime tunes on the way in. Roger and other Disney rabbits followed closely behind. 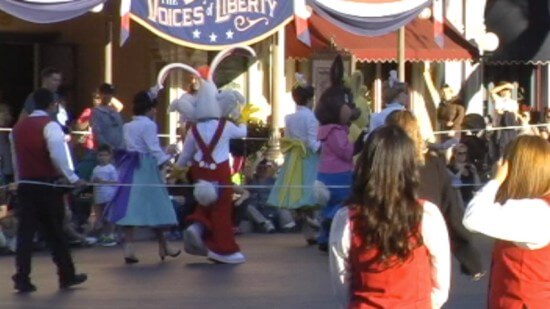 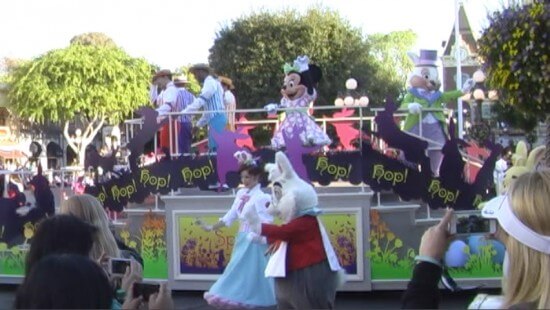 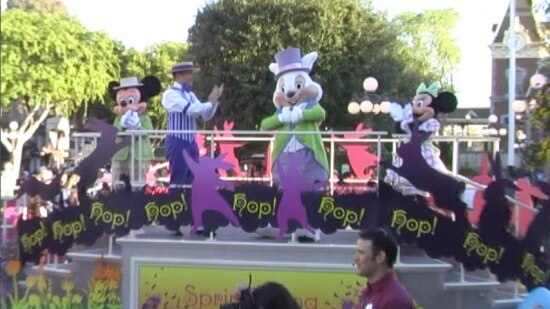 But once on Main Street, all eyes were on Roger Rabbit, swarmed with guests trying to get close to him. Without a scheduled meet-and-greet, there was only a brief chance to get a picture with Roger before he hopped away. 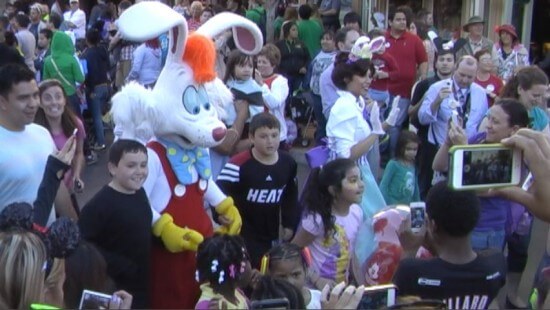 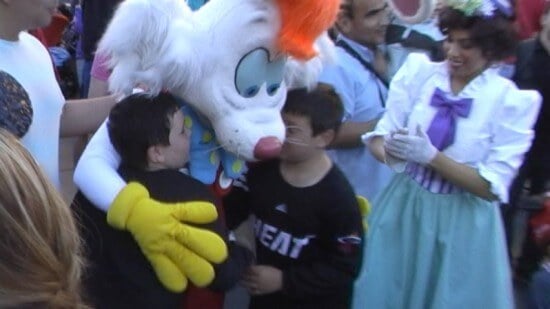 When the dance concluded, all the rabbits followed the float out of the park, waving goodbye. 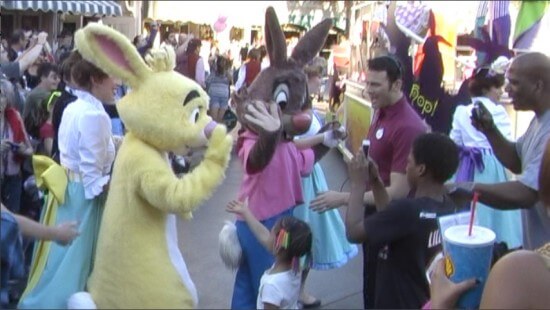 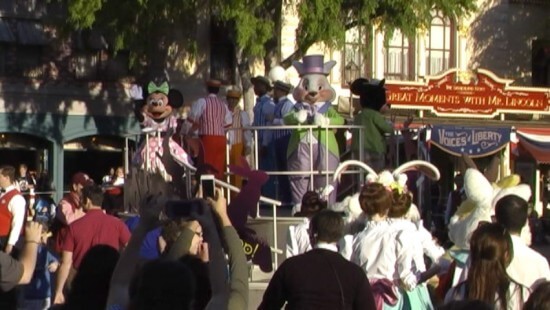 Disneyland has already polled fans to see what other “long lost friends” should appear in the park for Limited Time Magic, but Roger Rabbit was not on the list. There are no announced plans to bring him out again after his final two appearances today at 3:30 and 6pm.