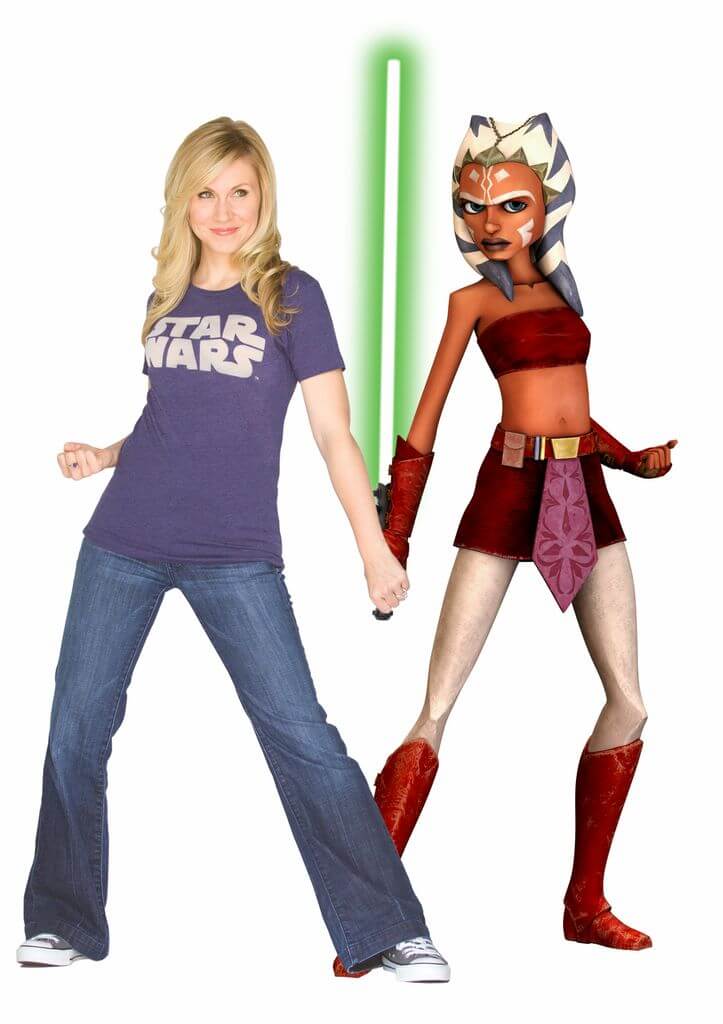 Two months before she’s scheduled to return as host of Disney’s Star Wars Weekends,  Ashley Eckstein, voice of Ahsoka Tano on Star Wars: The Clone Wars and founder of the popular female sci-fi merchandise line, Her Universe, will appear at the Orlando Science Center on Saturday, March 23 as part of the final days of the exhibit Star Wars: Where Science Meets Imagination.

Eckstein will participate in question-and-answer panels, autograph sessions and photo ops throughout the day. These activities are included with admission. Ashley is is no stranger to Orlando, an alumna of Orlando Repertory Theater and a former Walt Disney World cast member, having worked there as a dancer/cheerleader in the “Hercules’ Zero to Hero Victory Parade.”

In addition, guests can interact with members from the Makaze Squad of the 501st Legion, Florida Garrison from 1 p.m.–5 p.m. The 501st Legion is an international fan-based organization dedicated to the construction and wearing of screen-accurate replica costumes of villains and other nefarious characters from the Star Wars universe. The group boasts more than 5,500 active members in 47 countries as of January 1, 2012. The Florida Garrison contains the most members of any Garrison in the United States.

Developed by the Museum of Science, Boston in collaboration with Lucasfilm Ltd. and presented by Bose Corporation, the 10,000 square-foot exhibit explores the fantasy technologies depicted in the Star Wars films, as well as the real science behind them, and the current research that may someday lead to real-life versions of the technologies seen in the film series. Star Wars: Where Science Meets Imagination is the first exhibition to display costumes and props from all six Star Wars films with real-world technologies. The exhibit includes extensive video interviews with filmmakers, scientists and engineers, and hands-on components, including two large Engineering Design Labs, where visitors can build and test their own speeders and robots. The exhibit’s last day is Sunday, April 7.

For more information on the event and Star Wars: Where Science Meets Imagination, please call 407-514-2000 or visit www.osc.org.